NC Scout at the Brushbeater blog has a brief article up looking at some FARC equipment – A Modern Look at Guerrilla Radio Equipment.

Watching a recent media piece on the FARC, I noticed a few shots of their radio equipment they were using to communicate between camps.

Look familiar? Its a Yaesu 817 being run from a Sealed Lead Acid battery. Here’s a better shot:

Interesting layout by one of their RTOs: 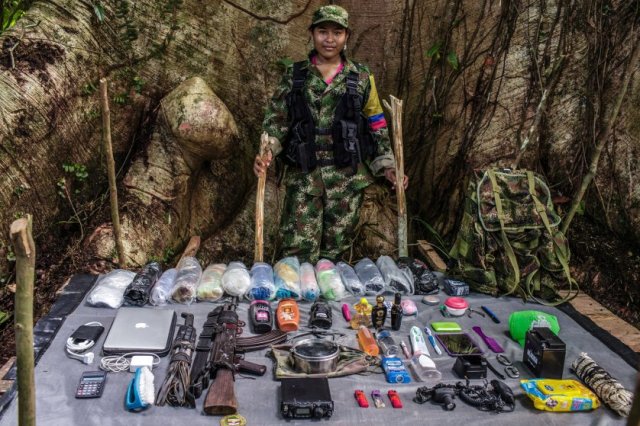 The old 817 appears to be very popular among the communist guerrilla group, and if I had to guess (based on their geography) they’re using VHF single sideband and HF NVIS to relay camp-to-camp through the mountains where they operate.

I imagine they’ve learned a lot in the communications department over a half century of civil war, and it looks like they’re keeping it simple, analog and robust.