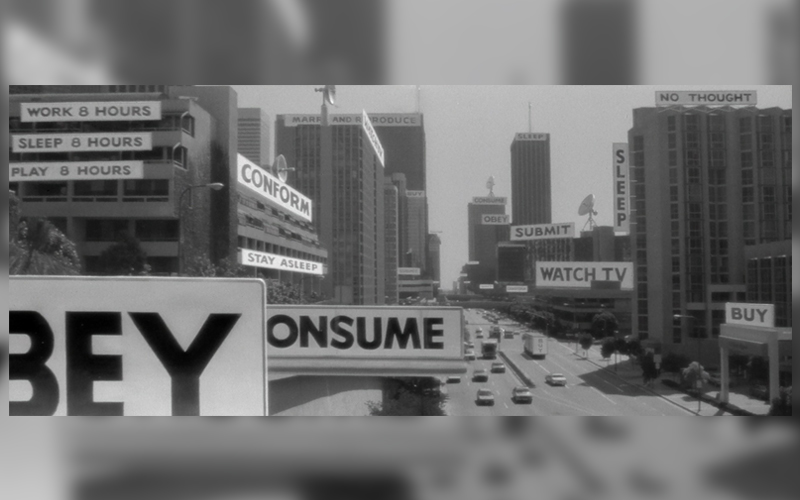 Constitutional attorney and author John Whitehead writes this piece at The Rutherford Institute on our/society’s obliviousness to the truth and the need to wake up.

They Live, We Sleep: Beware the Growing Evil in Our Midst

We’re living in two worlds, you and I.

There’s the world we see (or are made to see) and then there’s the one we sense (and occasionally catch a glimpse of), the latter of which is a far cry from the propaganda-driven reality manufactured by the government and its corporate sponsors, including the media.

Indeed, what most Americans perceive as life in America—privileged, progressive and free—is a far cry from reality, where economic inequality is growing, real agendas and real power are buried beneath layers of Orwellian doublespeak and corporate obfuscation, and “freedom,” such that it is, is meted out in small, legalistic doses by militarized police armed to the teeth…

We’re being fed a series of carefully contrived fictions that bear no resemblance to reality.

The powers-that-be want us to feel threatened by forces beyond our control (terrorists, shooters, bombers).

They want us afraid and dependent on the government and its militarized armies for our safety and well-being.

They want us distrustful of each other, divided by our prejudices, and at each other’s throats.

Most of all, they want us to continue to march in lockstep with their dictates.

Tune out the government’s attempts to distract, divert and befuddle us and tune into what’s really going on in this country, and you’ll run headlong into an unmistakable, unpalatable truth: the moneyed elite who rule us view us as expendable resources to be used, abused and discarded.

In fact, a study conducted by Princeton and Northwestern University concluded that the U.S. government does not represent the majority of American citizens. Instead, the study found that the government is ruled by the rich and powerful, or the so-called “economic elite.” Moreover, the researchers concluded that policies enacted by this governmental elite nearly always favor special interests and lobbying groups.

In other words, we are being ruled by an oligarchy disguised as a democracy, and arguably on our way towards fascism—a form of government where private corporate interests rule, money calls the shots, and the people are seen as mere subjects to be controlled…

the real battle for control of this nation is taking place on roadsides, in police cars, on witness stands, over phone lines, in government offices, in corporate offices, in public school hallways and classrooms, in parks and city council meetings, and in towns and cities across this country.

The real battle between freedom and tyranny is taking place right in front of our eyes, if we would only open them.

All the trappings of the American police state are now in plain sight.