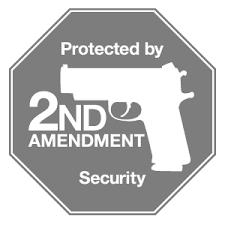 Ryan McMaken at the Mises Institute writes this article about several instances of private firearm owners stopping a mass shooter or police ineptitude in response to the same. He also briefly notes the general decline in the US homicide rate over the last thirty years while the number of firearms in circulation has increased dramatically.

The events were captured on live-streamed video, with the dramatic events — in the minds of many observers — highlighting the benefits of privately owned firearms as a defense against armed criminals. Moreover, the gunman, who had a criminal history, obtained his gun illegally, and demonstrated one of the central pitfalls of the gun-control narrative: namely, that those with criminal intent are not easily restrained by laws controlling access to firearms.

Nonetheless, many media outlets were unable to bring themselves to admit that privately owned firearms in this case were the key to preventing a wider massacre. After all, had the congregation waited around for the police to arrive, it is unknown how effective a police response could have been. Nor is it clear that had the police arrived quickly, they would have immediately engaged the shooter or even engaged the right person.

These considerations were not sufficient to divert many media observers from their insistence that private gun ownership is helpful in situations like these. Both government agents and their media boosters continue to insist that even well-meaning ordinary citizens ought not be trusted with firearms and that what is really needed are “experts” with government-approved police training.

Elvia Diaz at the Arizona Republic demonstrated this premise well when she wrote:

The reality of Wilson’s heroism is a lot more complex. He wasn’t just an ordinary parishioner, as gun advocates may want you to believe. The church’s volunteer security team member is a firearms instructor, gun range owner and former reserve deputy with a local sheriff’s department, according to a New York Times detailed account.

In other words, he’s exactly the kind of man you want around with a firearm. But we know nothing about the at least six other parishioners who also appeared to draw their handguns at West Freeway Church of Christ in White Settlement, Texas.

To many people who aren’t left-leaning journalists, it is hardly “terrifying” that some other private citizens of unknown expertise were armed in the congregation. After all, these people never fired a shot once they saw the shooter had been incapacitated. None of them provided any reason to suspect they pose any risk to anyone else.

On the other hand, 2019 has provided plenty of reminders of what sort of “expertise” and heroism government-provided security forces offer…