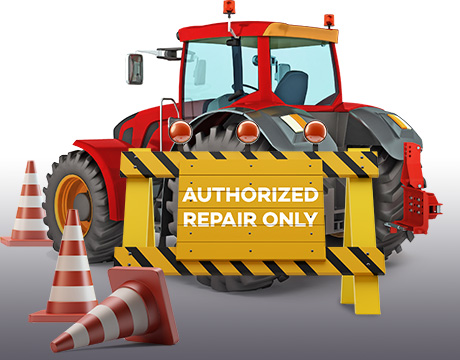 Cory Doctorow of the Electronic Frontier Foundation, a non-profit group which works to protect civil liberties in the digital world, has written about how the EFF is assisting legislation in the state of Massachusetts to help protect vehicle owners’ right to repair their vehicles on their own or at dealer independent service providers. Farmers in our own area are well acquainted with the efforts of tractor manufacturers to limit their right to repair. Back in 2012, Massachusetts became the first state to pass right to repair legislation which ended up improving access to repair information for most of the country. Manufacturers have since redesigned their products to try to avoid those protections.

Bay Staters Continue to Lead in Right to Repair, and EFF Is There to Help

…EFF was pleased to submit comments to the Massachusetts Legislature’s Joint Committee on Consumer Protection and Professional Licensure for a hearing on January 13 in support of HB4122.

In those comments, sent to each member of the Committee, EFF Special Consultant Cory Doctorow wrote:

Auto manufacturers have argued that independent service endangers drivers’ cybersecurity. In reality, the opposite is true: security is weakened by secrecy and strengthened by independent testing and scrutiny. It is an iron law of information security that “there is no security in obscurity”—that is, security cannot depend on keeping defects a secret in the hopes that “bad guys” won’t discover and exploit those defects. And since anyone can design a security system that they themselves can’t imagine any way of breaking, allowing manufacturers to shroud their security measures in secrecy doesn’t mean that their cars can’t be hacked—in fact, history has shown that vehicle computers depending on secrecy for security are, in fact, frequently vulnerable to hacking.

In 2018 and 2019, cities, hospitals, and other large institutions had their informatics systems seized by petty criminals using off-the-shelf ransomware that had combined with a defect in Windows that the NSA had discovered and kept secret—until an NSA leaker released it to the world. As these cities discovered, the NSA’s decision to keep these defects secret did not put them out of reach of bad guys—it just meant that institutional Microsoft customers were put at grave risk, and that Microsoft itself did not know about the devastating bugs in its own products and so could not fix them.

Information security is absolutely reliant upon independent security researchers probing systems and disclosing what they discover. Allowing car manufacturers to monopolize service—and thus scrutiny—over their products ensures that the defects in these fast-moving, heavy machines will primarily become generally known after they are exploited to the potentially lethal detriment of drivers and the pedestrians around them.

The manufacturers’ desire to monopolize bad news about design defects in their own products is especially dire because it rides on the tails of a strategy of monopolizing service and parts for those products. The uncompetitive, concentrated automotive sector has already brought itself to the brink of ruin—averted only by the infusion of $80.7B in tax-funded bailouts. More than a decade later, it remains in dire need of competitive discipline, as is evidenced by a commercial strategy dominated by reducing public choice, surveilling their own customers and selling their data, and extracting monopoly rents from luckless drivers who are locked into their proprietary ecosystems.