Constitutional attorney John Whitehead writes about The Attack on Civil Liberties in the Age of COVID-19 at Mint Press. It is important to reflect upon whether the government is taking actions for which it has the authorized power in perilous times like these. There have been many calls on the federal government to take actions for which it has no Constitutionally delegated authority – like national quarantines. State governments have more power, but still limited by their own constitutions – a reason why Washington State, for example, recently passed a constitutional amendment to provide for broader emergency powers. That being said, during this pandemic, some people have taken the absurd approach that if the government is requiring you to do something, and you believe that requirement is unconstitutional, then you it is your duty to do the opposite. For example, because you believe that a statewide stay at home order is an unconstitutional exercise of power, you may deliberately gather with others to protest. This is akin to shooting yourself in the head because the government makes suicide illegal. Just because a particular exercise of power is not constitutionally sound, the underlying requirement may still be the wise course for people to take, and indeed may be your duty as a responsible citizen to take. Protest the illegality, but not by getting people killed.

You can always count on the government to take advantage of a crisis, legitimate or manufactured.

This coronavirus pandemic is no exception.

Not only are the federal and state governments unraveling the constitutional fabric of the nation with lockdown mandates that are sending the economy into a tailspin and wreaking havoc with our liberties, but they are also rendering the citizenry fully dependent on the government for financial handouts, medical intervention, protection and sustenance.

Unless we find some way to rein in the government’s power grabs, the fall-out will be epic.

Everything I have warned about for years—government overreach, invasive surveillance, martial law, abuse of powers, militarized police, weaponized technology used to track and control the citizenry, and so on—has coalesced into this present moment.

The government’s shameless exploitation of past national emergencies for its own nefarious purposes pales in comparison to what is presently unfolding.

Deploying the same strategy it used with 9/11 to acquire greater powers under the USA Patriot Act, the police state—a.k.a. the shadow government, a.k.a. the Deep State—has been anticipating this moment for years, quietly assembling a wish list of lockdown powers that could be trotted out and approved at a moment’s notice.

It should surprise no one, then, that the Trump Administration has asked Congress to allow it to suspend parts of the Constitution whenever it deems it necessary during this coronavirus pandemic and “other” emergencies.

In fact, the Department of Justice (DOJ) has been quietly trotting out and testing a long laundry list of terrifying powers that override the Constitution.

We’re talking about lockdown powers (at both the federal and state level): the ability to suspend the Constitution, indefinitely detain American citizens, bypass the courts, quarantine whole communities or segments of the population, override the First Amendment by outlawing religious gatherings and assemblies of more than a few people, shut down entire industries and manipulate the economy, muzzle dissidents, “stop and seize any plane, train or automobile to stymie the spread of contagious disease,” reshape financial markets, create a digital currency (and thus further restrict the use of cash), determine who should live or die…

Click here to read the entire article at Mint Press.

…”Objection: Assumes facts not in evidence, i.e. that a temporary quarantine will become a decades-long boondoggle.

And I observe FTR that people crying about something that’s not yet three weeks old as though it will go on endlessly are children who were never spanked, sent to bed without their supper, or told to wait for any form of gratification…(continues) 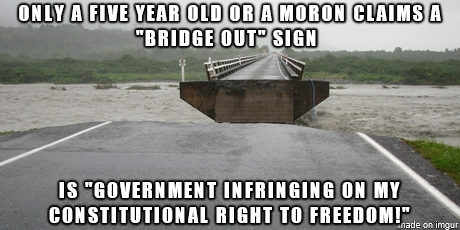 One thought on “Mint Press: The Attack on Civil Liberties in the Age of COVID-19”