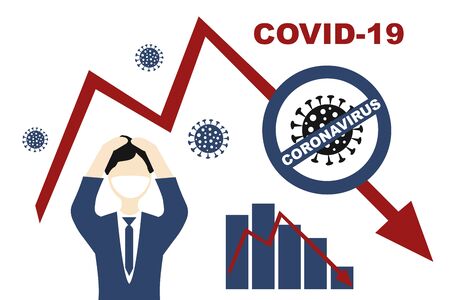 Gail Tverberg of Our Finite World writes about the difficulties of recovering our businesses in Economies Won’t Be Able to Recover After Shutdowns. It’s much easier to close businesses than to start them up again.

Citizens seem to be clamoring for shutdowns to prevent the spread of COVID-19. There is one major difficulty, however. Once an economy has been shut down, it is extremely difficult for the economy to recover back to the level it had reached previously. In fact, the longer the shutdown lasts, the more critical the problem is likely to be. China can shut down its economy for two weeks over the Chinese New Year, each year, without much damage. But, if the outage is longer and more widespread, damaging effects are likely.

A major reason why economies around the world will have difficulty restarting is because the world economy was in very poor shape before COVID-19 hit; shutting down major parts of the economy for a time leads to even more people with low wages or without any job. It will be very difficult and time-consuming to replace the failed businesses that provided these jobs.

When an outbreak of COVID-19 hit, epidemiologists recommended social distancing approaches that seemed to be helpful back in 1918-1919. The issue, however, is that the world economy has changed. Social distancing rules have a much more adverse impact on today’s economy than on the economy of 100 years ago.

Governments that wanted to push back found themselves up against a wall of citizen expectations. A common belief, even among economists, was that any shutdown would be short, and the recovery would be V-shaped. False information (really propaganda) published by China tended to reinforce the expectation that shutdowns could truly be helpful. But if we look at the real situation, Chinese workers are finding themselves newly laid off as they attempt to return to work. This is leading to protests in the Hubei area.

My analysis indicates that now, in 2020, the world economy cannot withstand long shutdowns. One very serious problem is the fact that the prices of many commodities (including oil, copper and lithium) will fall far too low for producers, leading to disruption in supplies. Broken supply chains can be expected to lead to the loss of many products previously available. Ultimately, the world economy may be headed for collapse.

In this post, I explain some of the reasons for my concerns.

[1] An economy is a self-organizing system that can grow only under the right conditions. Removing a large number of businesses and the corresponding jobs for an extended shutdown will clearly have a detrimental effect on the economy.

An economy is a self-organizing networked system that grows, under the right circumstances. I have attempted to give an idea of how this happens in Figure 1. This is an image of a child’s building toy. The growth of an economy is somewhat like building a structure with many layers using such a toy…

Click here to read the entire article at Our Finite World.