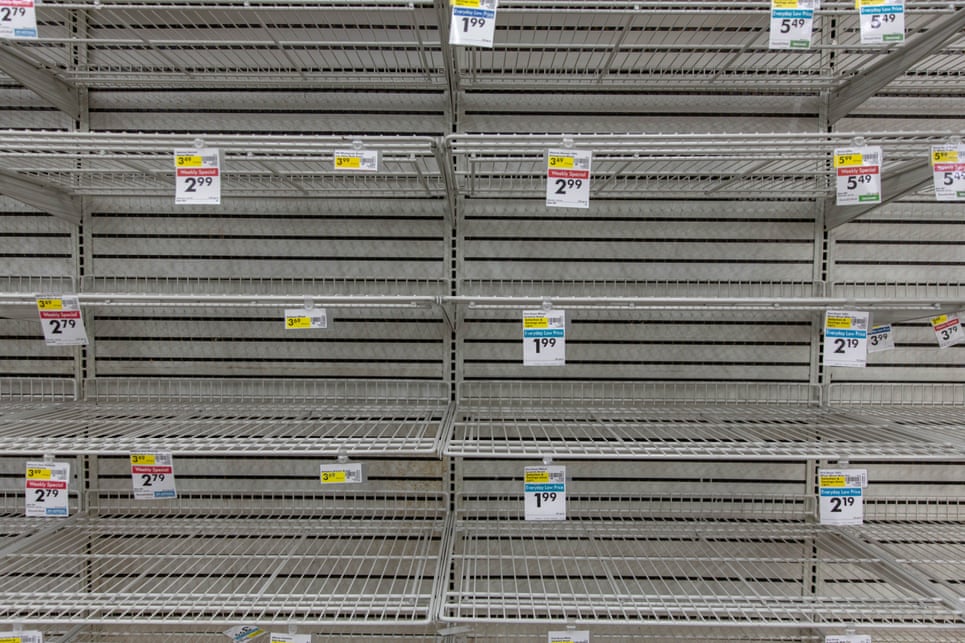 The Guardian has a little article about how everyone wishes they had been preppers before this pandemic. Hopefully some people will be inspired to be a little more prepared in the future.

We mocked preppers and survivalists – until the pandemic hit

You’ve heard of preppers, right? Survivalists? If you’ve watched TV shows like Doomsday Preppers, you know about their strange, apocalyptic beliefs: that a disaster could strike at any time, overwhelming first responders and the social safety net; that this crisis could disrupt supply chains, causing scarcity and panic and social breakdown; that authorities might invoke emergency powers and impose police curfews. Crazy theories like that.

In fact, many perfectly reputable organizations – including the US federal government and the Red Cross – recommend Americans maintain extra food and emergency supplies. The Federal Emergency Management Agency (Fema) advises keeping a two-week supply of food, as well as water, batteries, medical masks, first-aid supplies and a battery- or hand-powered radio, among other things.

In mainstream society, however, interest in prepping usually invites ridicule about bunkers and tin-foil hats. Preppers have spent years as the objects of our collective derision.

Until now. Today, we’re all preppers – or rather, wish we had been. Non-preppers have been caught in a rain shower without an umbrella. I don’t know if preppers are laughing right now, but perhaps they’re entitled to some vindication.

Now, I’m not a prepper. I am an effete quasi-intellectual with no practical skills of any kind. My current “emergency supplies” are some Hungry-Man Dinners and a liter of bourbon. If things get really bad I will finish the bourbon, lie down and wait to be eaten by stray cats.

But I’ve come to respect the preppers’ ethos of survival and preparedness. One of my friends is one, or at least on the spectrum. When coronavirus hit, he wasn’t one of the millions of people scrambling for surgical masks; he already had them in his survival kit. He kept a few and gave the rest to elderly people.

It has become fashionable to argue – not entirely accurately – that there are “no libertarians in a pandemic”. Certainly, this crisis has been a stark reminder of the importance of collective action. We’re all on this ship together; Covid-19 has laid bare the pathetic inadequacy of the US social safety net, our lack of investment in the common good, and our government’s short attention span for preparing for crises that don’t involve terrorism or war.

But collective action also requires some level of individual responsibility and preparedness, too, at least for those with the ability and the means. You can’t aid your elderly, immunocompromised or poorer neighbors if you haven’t taken the bare minimum of preparations. There’s a reason that airplane safety demonstrations warn passengers to put on their own air-masks before assisting others.

We’re right to be angry at the people stripping supermarkets bare and hoarding desperately needed supplies. Those people aren’t preppers, however. Preppers don’t engage in panic-buying. That’s the whole point. That’s why it is called prepping.

“Prepping is a choice that occurs before a panic, not during,” a prepper recently complained on Reddit. “If you didn’t stock up over time, you are a hoarder or, perhaps worse, an opportunist. In times like these we need to come together and support one another. That doesn’t mean giving away your supplies, but it does mean living in a society.”

Another added, “We aren’t the reason that elderly or immunocompromised people can’t find hand sanitizer, masks or toilet paper. We bought things in small increments when it made zero impact on the supply.” … (continues)

See also, The Atlantic: We Should All Be Preppers