Michael Krieger of Liberty Blitzkrieg writes about stepping up to make yourself a better a person, to make the world a better place, to secure the blessings of liberty to ourselves and our posterity in It’s Time to Step into the Arena. 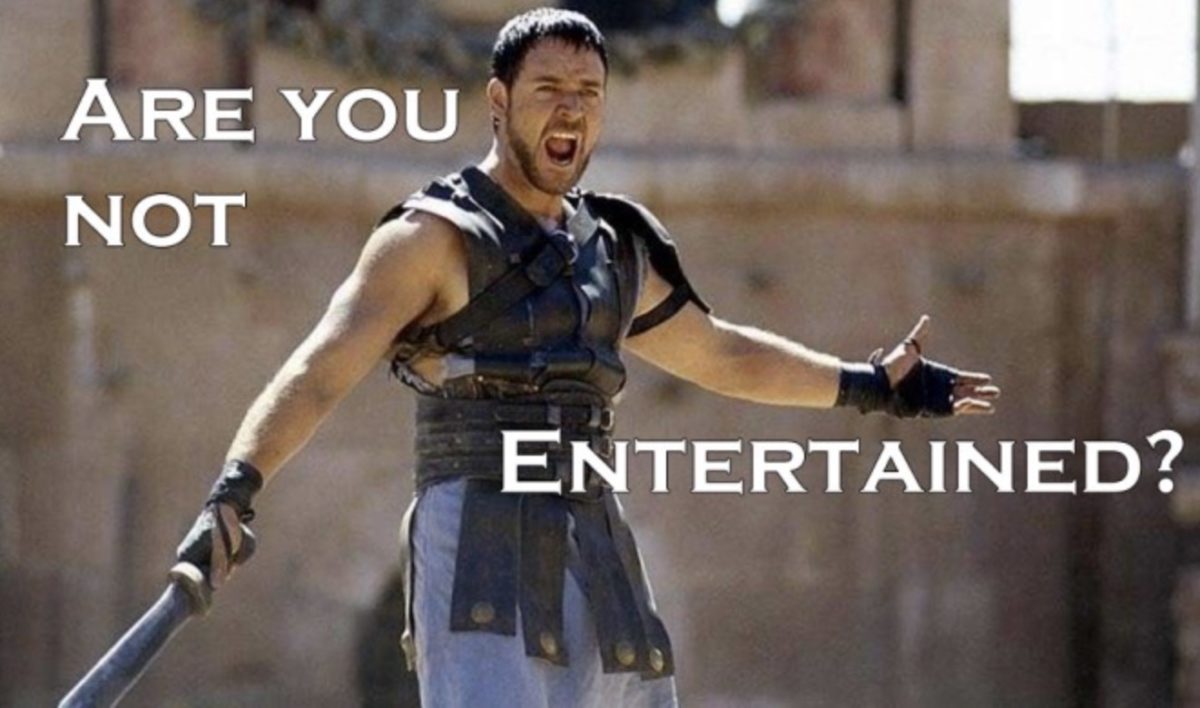 There’s a passage in Teddy Roosevelt’s famous 1910 “Citizenship in a Republic” speech I want to share with you today:

If a man’s efficiency is not guided and regulated by a moral sense, then the more efficient he is the worse he is, the more dangerous to the body politic. Courage, intellect, all the masterful qualities, serve but to make a man more evil if they are merely used for that man’s own advancement, with brutal indifference to the rights of others. It speaks ill for the community if the community worships those qualities and treats their possessors as heroes regardless of whether the qualities are used rightly or wrongly. It makes no difference as to the precise way in which this sinister efficiency is shown. It makes no difference whether such a man’s force and ability betray themselves in a career of money-maker or politician, soldier or orator, journalist or popular leader. If the man works for evil, then the more successful he is the more he should be despised and condemned by all upright and far-seeing men. To judge a man merely by success is an abhorrent wrong; and if the people at large habitually so judge men, if they grow to condone wickedness because the wicked man triumphs, they show their inability to understand that in the last analysis free institutions rest upon the character of citizenship, and that by such admiration of evil they prove themselves unfit for liberty.

The above words strike me as a perfect description of the deep hole we find ourselves in presently throughout these United States of America. It takes a whole nation to screw things up as badly as we have, and boy have we ever.

Yes it took parasites, sociopathic oligarchs and a power drunk national security state to bring us to our current state of affairs, but it also took the rest of us. For far too long we as a people have been apathetic, hoodwinked spectators to the life unfolding around us. Voting for “the lesser of two evils” for decade upon decade thinking it might be different this time. Putting up with the economic game that’s been put in front of us, despite the fact that it demonstrably and systematically rewards and incentivizes predatory and destructive behavior. As a people, we have been superficial, indifferent and gleefully ignorant of reality. It’s time to change all that.

You can consider today’s post a rallying cry to step into the arena. Stepping into the arena is often portrayed as becoming involved in national politics or some other large platform action, but I see it differently. If you think the only way to have a real impact is by voting or running for Congress, you’re likely to give up and remain passive. The truth is your entire life can be repurposed to be an expression of increased kindness, wisdom and strength. It’s the most impactful long-term action most of us can have on this earth, and anyone can do it.

Change yourself before trying to change the world. If enough people did this the world would change without you even trying.

I think what keeps a lot of people on the sidelines of a conscious life is an inability to intimately process the above. Many people discount the little things, the countless actions of daily existence that impact those around you and cumulatively make you who you are.

I think one reason mass media puts so much emphasis on voting at the national level is the owners of these propaganda channels know voting will change absolutely nothing. The oligarchy and national security state are fully in charge, and they’re not going to allow the pesky rabble to get in the way of such a lucrative racket by voting. Getting those who are politically inclined to spend all their time and energy on a rigged and completely corrupt phantom democracy in D.C. is a great way to keep them busy with nonsense. It’s also a perfect way to demoralize that portion of the population which understands it’s just theater. If you can be convinced that voting at the national level is the only way to change things, you’re much more likely to recede into apathy and become intentionally disengaged. This happens to a lot of people, but it’s a big mistake.

When I look back at my life thus far, it was during my decade on Wall Street when I was the most ignorant and superficial . So focused on stroking my ego, making a bunch of money and career advancement, I lost a lot of who I am at my core during that time. I often wonder if that’s the case for a lot of people who achieve conventional success within the current paradigm. It’s fortunate I removed myself from that situation and began thinking more deeply about who I am and what really matters.

Stepping up and getting into the arena will mean something different for each of us, but the one word that keeps popping into my head is resilience. There are several clear ways to become more resilient. There’s mental and emotional resiliency, there’s financial resiliency and there’s physical resiliency (where and how you live). I see all three as fundamentally important and functioning best when working together. Resiliency starts at the most basic level because if you and your family aren’t resilient, then you won’t be much use to anyone else. If the people of a community or nation lack resiliency it provides the perfect space for authoritarianism and evil to manifest and flourish.

Case in point, see the following comments by Alan Dershowitz during a recent interview.

This is despotism plain and simple, and it’s being expressed by a guy who still has considerable influence despite his many Jeffrey Epstein related controversies. It’s going to take a resilient, courageous and ethical public to stand up to scoundrels like this and just say NO. No, you will not grab me, drag me off somewhere and inject something into my body without my consent. We’ve been passive spectators in the destruction of our society for far too long. It’s time to both say no and to create something better…