Chris Warren of Off Grid Ham writes an article about operating off grid ham radio from small spaces like apartments in When All You Have Is a Few Square Feet. While this article is mostly power focused For information about stealth and hidden antennas, some of which can be used in small spaces see the Covert and Hidden Antennas article.

Hams are on their own. confined space ham radio

For better or worse, amateur radio is a hobby that typically requires a lot of outdoor space. Golfers can tee up on a golf course, and soccer junkies can use public athletic fields, but hams have so such dedicated public facilities. We have to work with whatever space we already own. Many hams are lucky enough to have huge backyards, sometimes many acres, to spread out their antennas and off grid equipment. Having enough space to do anything you want makes life as a ham a lot easier. This time we’re going to explore options for those who must operate confined space ham radio. 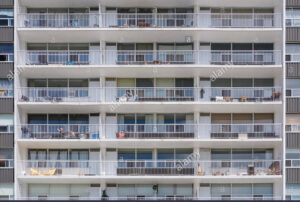 Off Grid Ham reader Marlo sent in an email describing his difficult situation of living in a condo with almost no outdoor space for off grid power equipment. His dilemma is not uncommon. Many if not most hams have some kind logistical limitations to going off the gird with ham radio. It might be a lack of physical space, objections from spouses, or homeowner association (HOA) rules. I’m lucky enough not to live in a HOA, but I have in the past, and I think these organizations are for the most part a club for snotty power-tripping quasi-communist busybodies with way too much time on their hands. Regardless, it’s the reality many hams must live with. The situation is not hopeless. There are workarounds.

Getting something out of nothing. confined space ham radio

Suppose all you have is a small balcony. Or a deck or patio. How in the world can one have any kind of off grid operation with that? You do have options, but understand that there will be compromises. confined space ham radio

The Off Gird Ham 100 Watts for $300 power plant is one of the most popular and enduring articles on this website, with good reason. It’s a simple and easy DIY project that will easily work in a small homebound space. The solar panel can be stored flat under a bed, or vertically behind a cabinet. Since portability is not a main concern, you could even bump up the size of the battery, or have more than one battery and rotate them.

The Portable DC Power Pack is also a very viable and inexpensive option. You will need to reduce transmit power most of the time in order to keep within the technical limits of the pack. This handy DIY power source is 100% off grid and can also be used in the field. This gizmo is one of my personal favorites, and many readers have reported good results with them.

For those with a more outdoor space than the average condo, but still not enough to do anything big, I suggest the Portable Solar Power Plant. You can temporarily set the solar panel on a deck, patio, or small backyard. The battery & electronics will fit in a closet. This setup has enough juice to run a 100 watt radio if you go easy on the duty cycle. I also have a video on my YouTube channel demonstrating its capabilities.

Give it some gas? confined space ham radio

A less practical but still possible option is a gas powered generator. Even a small generator is going to produce much more power than the average ham needs. You’ll technically be committing one of the off grid mistakes, but it may be unavoidable. Generators are available at any hardware store for as little as a few hundred bucks. Keep in mind you’ll need to keep fuel on hand and change the oil every now and then. For hams in tight spaces, this might be a problem. Where are you going to store everything? There’s also one huge drawback: Noise. The cheap generators are colloquially called “screamers” for a good reason. They are oh-my-god loud! If you are in a condo or other high-density housing situation, the neighbors are not going to take well to a generator droning, at least not for very long. You might even be in violation of HOA rules. confined space ham radio

An inverter generator may be the answer…if you have money!

One possible solution is an inverter generator. Inverter generators run significantly quieter than conventional versions and are an excellent option when noise is an issue. The bad news? You can expect to pay 2x to 5x more than a comparable screamer. The legendary Honda EU-series is probably the best small generator, of any kind, on the market today. The EU2000i is the most popular. It barely makes any noise and with basic maintenance will run trouble free for decades. Honda introduced the EU-series inverter generator in 1988 and many of those early models are still in service cranking out the watts…(continues)