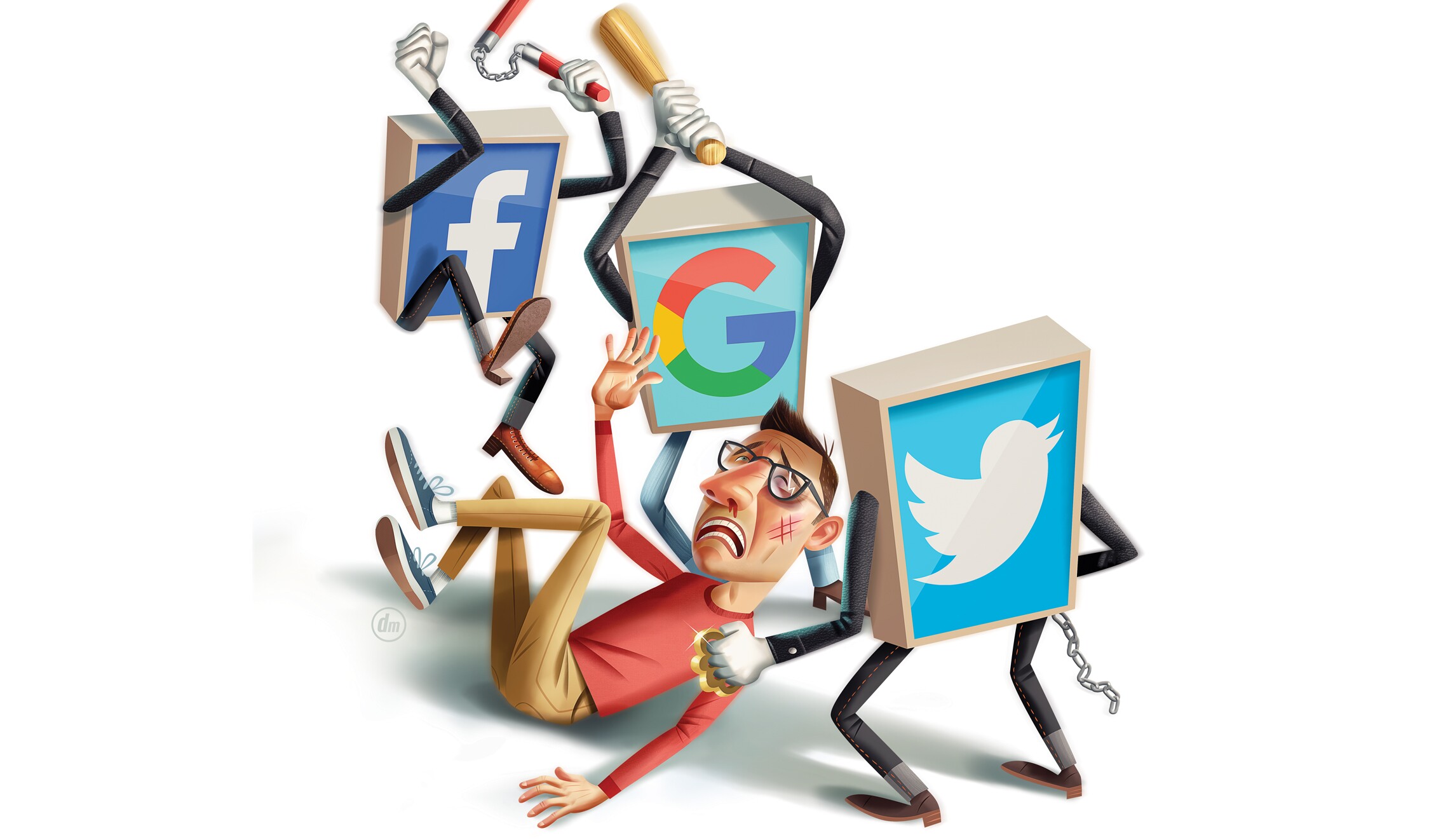 Brandon Smith at Alt-Market writes about recent and ongoing online censorship in The Purge: The Natural Progression Of “Woke” Censorship Is Tyranny.

That said, there are some exceptions. When a corporation or a collective of corporations holds a monopoly over a certain form of communication, then legal questions come into play when they try to censor the viewpoints of an entire group of people. Corporations exist due to government sponsored charters; they are creations of government and enjoy certain legal protections through government, such as limited liability and corporate personhood. Corporations are a product of socialism, not free market capitalism; and when they become monopolies, they are subject to regulation and possible demarcation.

Many corporations have also received extensive government bailouts (taxpayer money) and corporate welfare. Google and Facebook, for example rake in billions in state and federal subsidies over the course of a few years.   Google doesn’t even pay for the massive bandwidth it uses.  So, it is not outlandish to suggest that if a company receives the full protection of government from the legal realm to the financial realm then they fall under the category of a public service. If they are allowed to continue to monopolize communication while also being coddled by the government as “too big to fail”, then they become a public menace instead.

This is not to say that I support the idea of nationalization. On the contrary, the disasters of socialism cannot be cured with even more socialism. However, monopolies are a poison to free markets and to free speech and must be deconstructed or abolished.

Beyond corporate monopolies, there is also the danger of ideological monopolies. Consider this – The vast majority of silicon valley companies that control the lion’s share of social media platforms are run by extreme political leftists and globalists that are openly hostile to conservative and moderate values.

Case in point: Three of the largest platforms on the internet – Reddit, Twitch, and YouTube just acted simultaneously in a single day to shut down tens of thousands of forums, streamers and video channels, the majority of which espouse conservative arguments which the media refers to as “hate speech”.

To be sure, at least a few of the outlets shut down probably argue from a position of race superiority.  However, I keep seeing the mainstream media making accusations that all the people being silenced right now deserve it due to “racism” and “calls for violence”, and I have yet to see them offer a single piece of evidence supporting any of these claims.

A recent article from the hyper-leftist Salon is a perfect example of the hypocrisy and madness of the social justice left in action. It’s titled ‘Twitch, YouTube And Reddit Punished Trump And Other Racists – And That’s A Great Thing For Freedom’. Here are a few excerpts with my commentary:

Salon: “Freedom is impossible for everyone when viewpoints prevail that dehumanize anyone. And it appears that several big social media platforms agree, judging from recent bans or suspensions of racist accounts across YouTube, Twitch, and Reddit.”

Freedom cannot be taken away by another person’s viewpoint. Every individual has complete control over whether or not they “feel” marginalized and no amount of disapproval can silence a person unless they allow it to. If you are weak minded or weak willed, then grow a backbone instead of expecting the rest of the world to stay quiet and keep you comfortable.

Remember when the political left was the bastion of the free speech debate against the censorship of the religious right? Well, now the leftists have a religion (or cult) of their own and they have changed their minds on the importance of open dialogue.

Salon: “For those who are dehumanized — whether by racism, sexism, classism, ableism, anti-LGBTQ sentiment or any other prejudices — their voices are diminished or outright silenced, and in the process they lose their ability to fully participate in our democracy. We all need to live in a society where hate is discouraged, discredited and whenever possible scrubbed out completely from our discourse. This doesn’t mean we should label all ideas as hateful simply because we disagree with them; to do that runs afoul of President Dwight Eisenhower’s famous statement, “In a democracy debate is the breath of life”. When actual hate enters the dialogue, however, it acts as a toxic smoke in the air of debate, suffocating some voices and weakening the rest.”

Where do I begin with this steaming pile of woke nonsense? First, it’s impossible to be “dehumanized” by another person’s opinion of you. If they are wrong, or an idiot, then their opinion carries no weight and should be ignored. Your value is not determined by their opinion. No one can be “silenced” by another person’s viewpoint unless they allow themselves to be silenced. If they are right about you and are telling you something you don’t want to hear, then that is your problem, not theirs. No one in this world is entitled to protection from other people’s opinions. Period.

It should not surprise anyone though that leftists are actively attempting to silence all dissent while accusing conservatives of stifling free speech. This is what they do; they play the victim while they seek to victimize. They have no principles. They do not care about being right, they only care about “winning”.

Under the 1st Amendment, ALL speech is protected, including what leftists arbitrarily label “hate speech”. Unless you are knowingly defaming a specific person or threatening specific violence against a specific person, your rights are protected. Interpreting broad speech as a “threat” because of how it might make certain people feel simply will not hold up in a court of law. Or at least, it should not hold up…

Political leftists have declared themselves the arbiters of what constitutes “hate speech”, the problem is they see EVERYTHING that is conservative as racist, sexist, misogynistic, etc. No human being or group of human beings is pure enough or objective enough to sit in judgment of what encompasses fair or acceptable speech. Therefore, all speech must be allowed in order to avoid tyranny.

If an idea is unjust, then by all means, the political left has every right to counter it with their own ideas and arguments. “Scrubbing” all opposing ideas from the public discourse is unacceptable, and this is exactly what the social justice movement is attempting to do. If you want to erase these ideas from your own home, or your personal website, then you are perfectly within your rights to do so, but you DO NOT have the right to assert a monopoly on speech and the political narrative.

Generally, when a group of zealots is trying to erase opposing ideals from the discussion, it usually means their own ideals don’t hold up to scrutiny. If your ideology is so pure and correct in its form, there should be no need to trick the masses into accepting it by scrubbing the internet.

Finally, America was not founded as a democracy, we are a republic, and with good reason. A democracy is tyranny by the majority; a collectivist hell where power is centralized into the hands of whoever can con 51% of the population to their side. Marxists and communists love the idea of “democracy” and speak about it often because they think they are keenly equipped to manipulate the masses and form a majority. But, in a republic, individual rights are protected REGARDLESS of what the majority happens to believe at any given time, and this includes the right to free speech.

In the same breath, Solon pretends to value free discussion, then calls for the destruction of free speech and opposing ideas in the name of protecting people’s thin-skinned sensitivities. In other words, free speech is good, unless it’s a viewpoint they don’t like, then it becomes hate speech and must be suppressed…