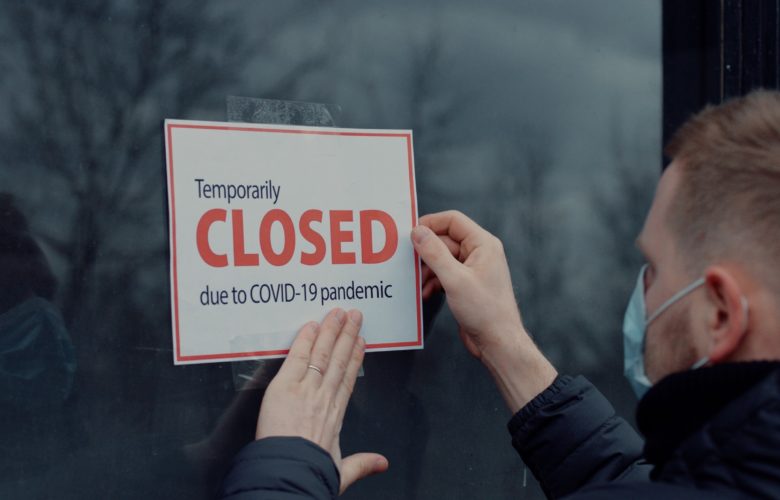 AIER has an article on a recent court decision from the federal District of Western Pennsylvania – Federal Court Holds “Stay-at-Home” Orders and Mandatory Business Closures Unconstitutional. The author hopes that the judicial branch is here to finally save people from executive overreach, but there is a way to go before one district court decision spreads across the land.

or six months, Americans in 43 states have lived under unprecedented executive orders restricting freedoms as basic as whether they can work, leave their homes, and expose their faces in public. These mandates are not duly enacted laws — they are orders issued by one of the three branches of government. They constitute a system of one-person rule — something none of us expected could ever happen in the United States — and no one, apart from the 43 newfound state dictators, is sure when it will expire.

Today, after six months of this, a Pennsylvania Federal Court in Butler County v. Wolf reviewed the indefinite “emergency” restrictions imposed by the executive branch of Pennsylvania government, declaring limitations on gathering size, “stay-at-home orders,” and mandatory business closures unconstitutional. Refusing to accept the alleged need for a “new normal,” the Court stated that an “independent judiciary [is needed] to serve as a check on the exercise of emergency government power.”

About time. The Judicial Branch is coming to save us.

The Judicial Branch exists to check Executive authority even in times of emergency.

Abraham Lincoln once said, “Our safety, our liberty, depends upon preserving the Constitution of the United States as our fathers made it inviolate. The people of the United States are the rightful masters of both Congress and the courts, not to overthrow the Constitution, but to overthrow the men who pervert the Constitution.” In 2020, sad to say, there are numerous governors across this nation who have perverted the Constitution — New Jersey’s Phil Murphy even declared its interpretation “above his pay grade” — with unprecedented orders restricting Americans’ rights to peaceably assemble, practice their religions, earn a living, travel freely, engage in commerce, and even manage their own health and exposure to risk. While global pandemics pose challenges for governors — particularly when the population is panicked by a hysterical mass media — entire populations cannot be indefinitely subjected to tyranny and deprived of fundamental rights and liberties. As the Court said today:

“There is no question that our founders abhorred the concept of one-person rule. They decried government by fiat. Absent a robust system of checks and balances, the guarantees of liberty set forth in the Constitution are just ink on parchment.”

We cannot allow our freedom to become “ink on parchment.” Many of our governors seek to do just that — they won’t even designate an endpoint to their “emergency” powers. When does the “emergency” end? This should be easy to say — X number of deaths per million, X number of deaths over X number of weeks — yet they will not say it. They want us to live under the constant threat of house arrest and livelihood deprivation, even though all we ever agreed to was a two-week effort to “flatten the curve.” We never agreed to an indefinite or permanent “new normal,” or to do whatever our wise governor dreams up and declares necessary to “eliminate infections.”

“In times of crisis, even a vigilant public may let down its guard over its constitutional liberties only to find that liberties, once relinquished, are hard to recoup and that restrictions — while expedient in the face of an emergency situation — may persist long after immediate danger has passed.”

Thank you, Judge Stickman, for recognizing our predicament, and for taking the first step towards restoring our freedom today by reminding those with authoritarian leanings that “governors cannot be given carte blanche to disregard the Constitution for as long as the medical problem persists.” The response to an emergency cannot undermine our system of constitutional liberties, or the system of checks and balances protecting those liberties. Liberty before “governor-guaranteed safety” — this is the American way, famously stated by Benjamin Franklin: “Those who would give up essential liberty, to purchase a little temporary safety, deserve neither liberty nor safety.”

“Stay-at-home orders” are so draconian as to be presumptively unconstitutional.

Substantive due process is “a recognition that the government may not infringe upon certain freedoms enjoyed by the people as a component of a system of ordered liberty.” Plaintiffs in Butler County v. Wolf argued that the governor’s “stay-at-home order” violated substantive due process in restricting intrastate travel and freedom of movement in a manner that exceeded legitimate government need and authority. Incredibly, Governor Wolf responded that his stay-at-home orders are “not actually orders at all, but merely recommendations,” and that they are constitutional because they do not “shock the conscience.” I’m willing to bet that Pennsylvania citizens would beg to differ.

In analyzing the constitutionality of “lockdowns,” the Court first traced the origin of the concept to its source — Wuhan, China — and recognized that population-wide lockdowns are “unprecedented in American law.” Even during the Spanish Flu, the deadliest pandemic in history by far, “nothing remotely approximating lockdowns were imposed.” Although the United States has faced many epidemics and pandemics, “there have never previously been lockdowns of entire populations — much less for lengthy and indefinite periods of time.” Quarantines are legally recognized, but refer to the isolation of sick people and those known to have been directly exposed to sick people. They are statutorily limited to the duration of the incubation period of the disease — a period which Governor Wolf’s “lockdown” plainly exceeded.

Not only have lockdowns never been imposed in American history, but they are not even mentioned in recent pandemic management guidance offered by the Centers for Disease Control and Prevention (“CDC”). In its 2017 guidelines for managing pandemics, the CDC recommends numerous protective measures such as hand washing, limited-duration school closures, and cancellations of mass gatherings, but nothing “even approximating the imposition of statewide (or even community-wide) stay at home orders or the closure of all [‘non-essential’] businesses.” Even for pandemics of “Very High Severity,” the CDC recommends only voluntary isolation of sick persons and their household members. “This is a far, far cry from a statewide lockdown such as the one imposed by [Governor Wolf’s] stay-at-home order.”

The Court speculates that United States lockdowns were imposed due to a “domino effect” instigated by China, a nation “unconstrained by concern for civil liberties and constitutional norms.” In the United States, by contrast, the default concept is liberty of movement. Our government has never before dreamt of implementing mandatory house arrest, no matter the threat — it has always used far less restrictive, voluntary means to manage pandemics, similar to those used by Sweden during COVID19. (Notably, Sweden has lower per-capita mortality for weeks 1-33 of 2020 than it did for weeks 1-33 of 2015 — a far better mortality outcome than heavily locked-down U.S. States such as NJ, NY, and MI).

Ultimately, the Court concludes that lockdowns are so draconian that they are nearly “presumptively unconstitutional”:

“The stay-at-home components of Defendant’s orders were and are unconstitutional. Broad population-wide lockdowns are such a dramatic inversion of the concept of liberty in a free society as to be nearly presumptively unconstitutional unless the government can truly demonstrate that they burden no more liberty than is reasonably necessary to achieve an important government end. The draconian nature of lockdown may render this a high bar, indeed.”

This bears repeating: the burden of proof that “lockdown” is absolutely crucial to achieve a scientifically-substantiated goal rests with the government. The burden does not rest with the people to disprove the necessity of lockdown. Liberty is the default!

Mandatory business closures violate the Fourteenth Amendment’s guarantee that every citizen may support himself in an occupation of his choosing.

Mandatory business closures, like “stay-at-home” orders, are utterly unprecedented in American law. There is not even any historical jurisprudence for the Court to consider in its analysis of the issue — a rare event, indeed…(continues)