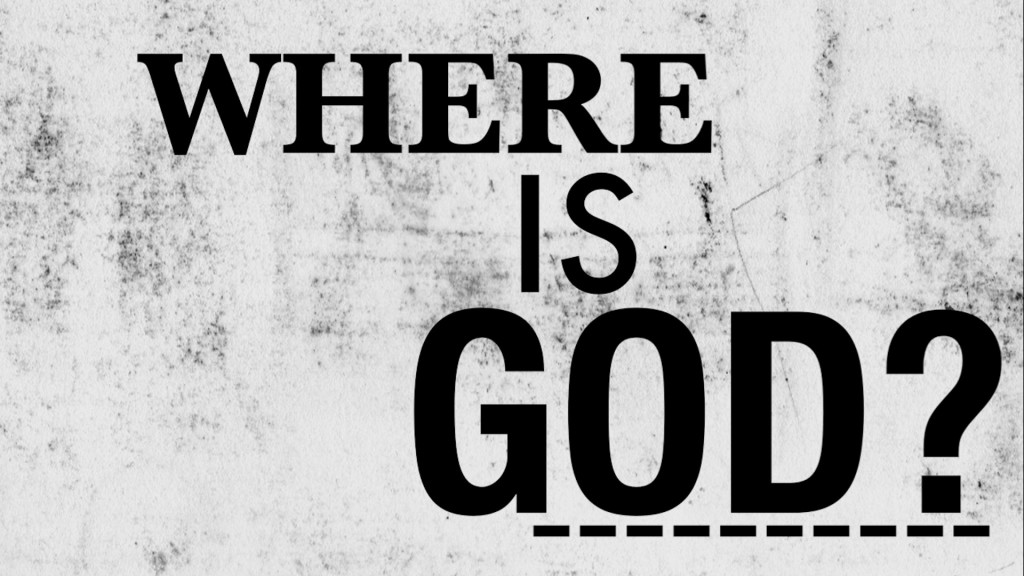 In Where Is God? at Beauty Beyond Bones a young New Yorker wonders if lettings us sleep in the bed we made.

When I first moved to New York City some ten years ago, whenever I was feeling lost or alone, I would always go take a walk by the river. And as the gentle breeze would kiss my cheek, I would always envision that as a touch from God, giving me comfort and guidance that everything is going to be okay.

Fast forward to yesterday. Same river. Same girl, only slightly older, seeking guidance, only this time – the wind was gale force gusting the entire time. To the point that my hat flew off four different times.

This memory didn’t hit me until I was nearly home, feeling absolutely exhausted from battling the wind for an hour. And that’s when I realized: if God was giving me a kiss on the cheek when I felt lonely back then, what is He trying to communicate now, with His incessant hurricane gusts?

And that’s when I got to thinking about the current state of this world. For the past seven months now, it’s as though the entire world has been in a free fall. I mean, think about it. Starting with Australia’s wild fires; to the global pandemic; we been prohibited to go to church; we’ve lost jobs, education opportunities and loved ones; and now a horrific hurricane season; wild fires ravaging California, and our country is politically tearing itself apart at the seams with riots, violence, and unrest.

Taking an inventory is a sobering exercise that makes me question: where is God?

Really. Where is He in all of this? Hasn’t He heard the cries of His children? Can’t He see our suffering? Are our prayers falling on deaf ears?

Later last night, a certain gentleman and I were driving through the streets of Manhattan. And all throughout the city, the NYPD had baracades up, and swaths of cop vans and patrol units stationed at various landmarks: The Met, Times Square, Trump Tower, etc – all in preparation for the outcry of protesters and potential rioters in response to the news from the tragic and heartbreaking Breonna Taylor case.

It felt like a scene out of the apocalypse. Deserted streets, except for flashing cop lights. Meanwhile, my Citizen crime app pinging, notifying us of large groups of protestors blocking the Manhattan Bridge, and overtaking Washington Square Park, and elsewhere.

I thought, is God withdrawing Himself from us?

His children are hurting, and where is He?

I got home and turned to the Bible. Because – not that I was feeling all end-times-y/Revelation now, or anything – but I was curious as to other times when God hid His face from His children.

And what I found shook me to my core. Jeremiah 11:14 states: “Therefore do not pray for this people, or lift up a cry or prayer on their behalf, for I will not listen when they call to me in the time of their trouble.”

You see, Israel had fallen into rampant paganism, idolatry, and polytheism, and so as a result, God was allowing them to experience life with their false idols, and without Him. Zechariah 7:13 – “As I called, and they would not hear, so they called, and I would not hear.”

Could it be that we are the modern day Israel? Has our society’s collective dismissal of God finally caught up with us?

We have created idols in our own time, and we’re seeing it play out to the n’th degree. Politics has become a religion for so many – to the point where we’re raising up Ruth Bader Ginsberg to deity-status. We’ve replaced religious morals and ideals with party platforms, and agendas that are a far cry from biblically influenced.

We’ve made idols of our sexual identity and our gender expression, and worship material possessions, professional athletes and celebrities. We’ve replaced striving to be right with God, with virtue signaling to be right in the eyes of others.

Why is it more socially acceptable to recite the lyrics to “WAP,” than it is to pray in public, or say “under God” in the Pledge of Allegiance?

Could it be that God is allowing us to sleep in the bed we’ve made for ourselves?

Could it be that God is allowing His absence to be acutely felt – not just spiritually – but now, thanks to COVID, even physically – so that we may come to learn to actually appreciate it?

I’m asking, because I genuinely desire to know. It feels as though my prayers are a broken record, and each day brings with it a new set of issues and quandaries.

And I’d like to know what you think: what do you make of the current state of the world? Are we the modern day Israel?

Is God withdrawing? Are we needing repentance? Do people really even care, let alone notice?

To close, I want to just offer a prayer – a pleading for God’s presence to be felt. Perhaps, like the hurricane gusts of wind I felt yesterday at the river, God is screaming out to us, and yet we have been refusing to hear? And if that’s the case, I pray our ears be opened and our hearts made receptive to the not-so-subtle whisper of our Father.

I pray for peace in this nation. I pray for healing of the broken, hurting hearts, frustrated with current realities and injustices. And I pray for the leaders of this nation, that they would seek to unite the people of this great nation, and respect all life – from conception to natural death.

“This is what the Lord says to these bones: I will make breath enter you, and you will come to life.” Ez 37:5