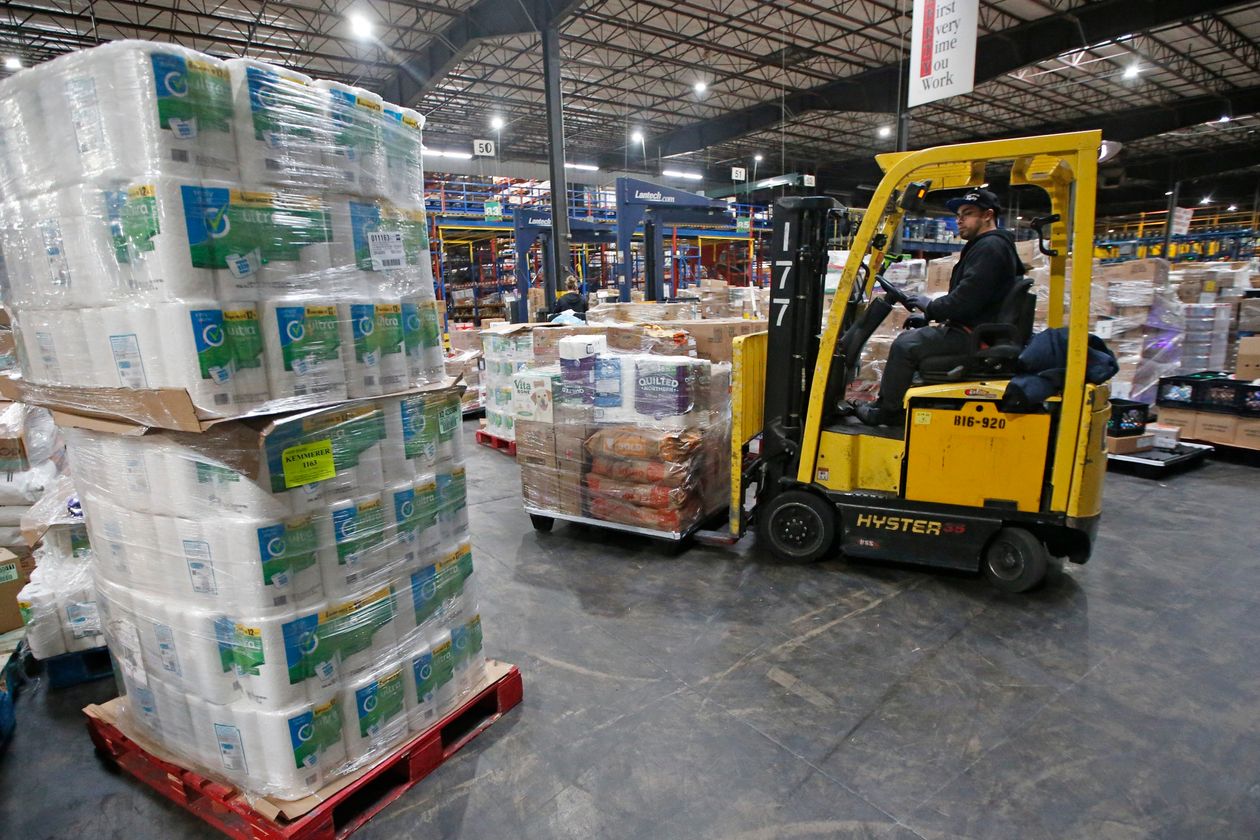 In this article from the Wall Street Journal, some grocery stores are reported to be returning, at least temporarily, to an inventory system more similar to the old warehousing method, rather than the newer just-in-time delivery system, in order to avoid shortages of important items this winter. Grocers Stockpile, Build ‘Pandemic Pallets’ Ahead of Winter

Grocery stores and food companies are preparing for a possible surge in sales amid a new rise in Covid-19 cases and the impending holiday rush.

Supermarkets are stockpiling groceries and storing them early to prepare for the fall and winter months, when some health experts warn the country could see another widespread outbreak of virus cases and new restrictions. Food companies are accelerating production of their most popular items, and leaders across the industry are saying they won’t be caught unprepared in the face of another pandemic surge.

“We started talking about Thanksgiving in June. That’s earlier than we ever have,” he said.

Associated Food Stores recently started building “pandemic pallets” of cleaning and sanitizing products so it always has some inventory in warehouses, said Darin Peirce, vice president of retail operations for the cooperative of more than 400 stores. The company is establishing protocols so it can better manage scenarios of high demand.

“We will never again operate our business as unprepared for something like this,” he said.

These changes, a reaction to the sudden and massive shortages grocers experienced in the spring, amount to a shift from the just-in-time inventory management practices that have guided the fast-moving retail business for decades.

Now, food sellers are stockpiling months, rather than weeks, worth of staples such as pasta sauce and paper products to better prepare for this winter, when people are expected to hunker down at home. Ahold Delhaize USA, SpartanNash Co. SPTN -0.31% and others say they are buying more food as soon as they can, stocking warehouses with wellness and holiday items. Many retailers are expanding distribution capacity, augmenting warehouse space and modifying shifts.

They say they want to be ready for a potential Covid-19 surge that experts are warning could hit as soon as this fall, as daily reported cases are increasing again in many states after falling in the summer. More than 200,000 people have died from the coronavirus in the U.S.

A fresh increase in demand in the event that officials reinstate restrictions on restaurants or workplaces would also run up against the normal holiday boom in grocery sales, further elevating demand for items like baking products, pasta, meat and paper towels.

Ahold Delhaize, owner of the Giant and Food Lion chains, already has its holiday inventory in its warehouses. The grocer is also storing 10% to 15% more inventory than it did before the pandemic to ensure it won’t run out of fast-selling items.

Industry executives say they don’t think a potential wintertime burst in grocery demand will be as extreme as it was in March, when people panic-shopped, fearing grocery-store closures or food shortages. Consumers are better prepared this time around, said Sean Connolly, chief executive of Conagra Brands Inc. CAG +0.48%

Some retailers are also betting that recent investments in warehouses and e-commerce will help them meet demand for home deliveries in the coming months.

Still, some products such as cleaning wipes and canned vegetables remain hard for stores to obtain, partly because of continued high demand and because manufacturers are still trying to keep up. Some manufacturers are worried they will lose production capacity if infections break out among their workers or if other issues, such as lack of child care, prevent people from working… (continues)