2 Meter Radio – A Primary Tool is a brief primer on the utility of amateur radio use in the 144-148 MHz range. It has considerably more utility than a phased plasma rifle in the forty watt range. 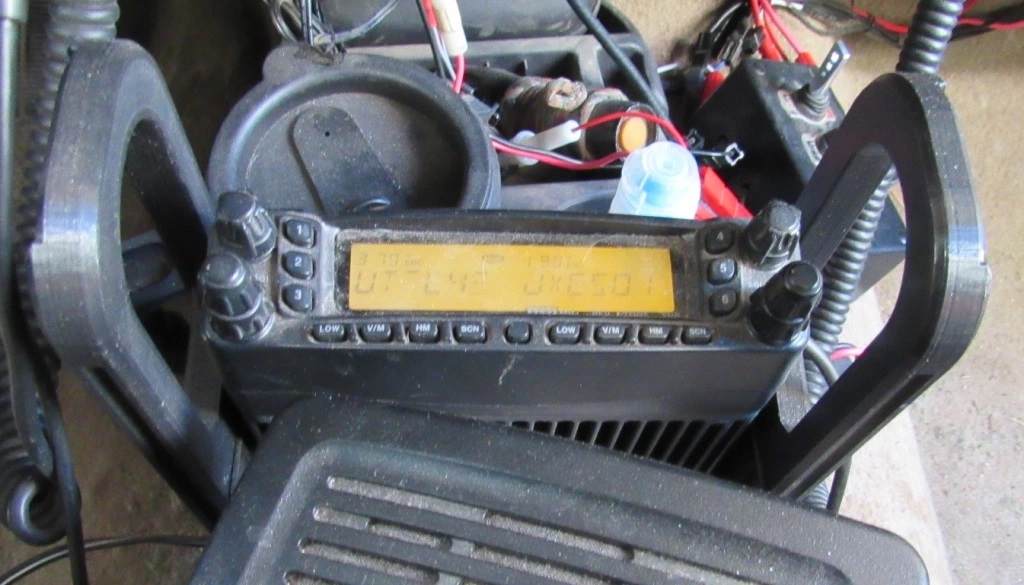 2 meter band radio (referring to the electro-magnetic wavelength) for amateur radio operators are the frequencies between 144.000 mhz and 148.000 mhz. The modulation most commonly used today is FM. and packet (data). There are amateur radios that are capable of SSB which is permitted but not as widely used. The band (part of the VHF range of bands) is divided into segments for different uses phone (voice), packet, and repeaters being the most common. In emergency radio communications (referred to as ECOM) the 2 meter band is often called the ‘first mile/last mile’ band, meaning it is the communication link between local events and personnel on the ground to their command and control centers (2 meter band for public safety and first responders is more commonly referred to as the public safety spectrum, starting where the amateur radio band ends at the top end) . For local amateur radio operators and first responders, it is probably the most used and most valuable resource for communications in the community. It is also the one of the primary bands you get access to with the easiest and entry level Amateur Radio Technicians license. Most 2 meter amateur radios available today include the public safety spectrum along with the amateur portion but without the ability to transmit on the public safety spectrum unless the radio is modified for use by authorized persons. For situational awareness in your community, having public safety frequencies programmed in the radio’s memory allows one to monitor events, especially using the scan setting most radios today have. While a strictly 2 meter/public safety spectrum radio is highly useful, many people get radios that also include the 70cm band (in the UHF range, also typically used with FM and phone signals). These radios typically add a broader range of frequencies that can be received and monitored but not transmitted on, such the AM airband and other agencies and utilities that use the remainder of the upper VHF range and the lower end of the UHF, sometimes including the 1.25 meter amateur band which a small segment of frequencies from 222Mhz to 225Mhz. Radios that have 2m and 70cm capability are commonly called ‘dual banders’; less popular are ‘tri banders that include 2m, 1.25m, and 70cm.

Having a 2m radio in your vehicle is a must, a dual bander is even better. It is extremely popular and versatile. You can communicate and move in real time, an essential capability in responding to your community’s needs. Having one in your home is almost as important, to be able to make calls for assistance, and to be the reciprocal base station to the mobile stations. In fact I would highly recommend having 3 radios to fully take advantage of 2m and 70cm bands: a home/base dual bander radio, a mobile dual bander, and a HT dual bander (HT is short for handheld transceiver, also more well known as a walkie talkie.) With each household having a base station, mobile vehicle, and a handheld for each individual, you are more prepared to handle any situation by magnitudes. Repeaters for the 2 meter band and 70cm bands are quite literally everywhere (see the Repeater Directories entry on the resource library page of this site). If your interest in this site’s articles were to stop after reading this article, you would have awareness of one the most important communications tools available for maintaining safety, security, community interdependence and cohesion there is, one that is strictly maintained by the community and will work in a grid down situation which would deny cell or internet traffic.

Generally speaking, the 2 meter frequencies are a ‘line-of-site’ radio wave which means exactly as it sounds: a FM 2 meter signal will propagate through clear air until topography interferes or it goes out into space. If you imagine a tangential line from a point on a circle, that point being your antenna and the circle being the surface of the earth, that is how this signal basically works. A FM signal can, potentially, follow the curve of the earth over the horizon by as much as 15% as the bottom of the radiowave drags on the surface of the earth. Transmitter height, signal strength and atmospheric conditions are always a factor as well. 70cm signals have less range, but do have a particular advantage of being more viable inside building and structures. They are a good choice for shorter range communications (shorter than 2 meter) which can be used for the advantages of security and privacy in conjunction with other practices. Antenna polarization plays an important role in FM transmissions: the vertical antenna transmitting a signal is best received by a vertical antenna. Although there is a significant loss in power, a horizontal antenna will better picked up by another horizontal antenna. It is not commonly done, but this technique also can create a security advantage. In an area with a lot of topographical changes, a 2 meter FM radio wave will drag, reflect, and bounce; this can result in an elliptically polarized wave. This can be best observed when holding a HT radio: while receiving a transmission, slowly rotate (up and down, left and right) your antenna to see if your reception improves. Also requesting the transmitting party to ‘better their position’ can improve how well their signal is getting out, the major adjustment is holding up the HT higher. A HT held directly in front of your body restricts transmission and reception by 180 degrees; this could be desirable, but if you’re trying to get help from anyone available, holding your HT high and using a speaker/mic can incredibly increase the reception of your signal.

It also has a packet TNC and USB interface but more on that later. It is a great mobile unit and base unit. Kenwood also makes a great 2 meter only radio: TM-281A

I also use the FT-60R and in my truck a FT-8900R Quadbander as well as the FT-7900R in my shack. Again, there are many good models out there, I just have used these mostly and can recommend them based on my use of them, not for any other reason.

As a member of the Body of Christ in your community, a person whose role is to acquire the skills and capabilities to serve, lead, and minister to your church, it is imperative to get the licensage and radios necessary. Action item: lead your community by studying for your Technicians license, get your license, and budget your resources to get radios. Then help others to do the same. Train and use these tools regularly. When you train, do not just chat on the radio; practice all the skills you would use in a very bad day scenario. As an autonomous communication infrastructure in your community, any member may have to respond to an urgent need, and so everyone needs to have the complete skillset at their fingertips and be able to use it competently. This is no light matter as radio use and net discipline (to be discussed further in another article) can be the difference between life or death, no joke.

If you are called to serve then let nothing stand in your way of being a proficient and professional radio operator (this applies to any role and function in your community; this is the fallen world and corruption abounds, the great opposer is always working to deceive and mislead. We must be out front. Put on the Armor of God and stand!). It is incumbent on each of us to acquire the skills and hardware, learn and train how to use it, and teach and train others how to use it. Then continue training regularly.