NC Scout at American Partisan answers some radio communication questions from readers, including one about terrain/vegetation and the effect on signal in Commo Questions Answered.

I’m starting up a regular post series where I field your questions on communications-related topics. There’s a TON of questions I get emailed every week that normally revolve around the same concepts or topics, so this is going to be a good way to get them out there for more people to index and use. Keep in mind none of this is a replacement for what you’ll get in the RTO Course, where I literally take you from basement-level knowledge and build you up to creating communications infrastructure where there otherwise would be none, taking it up a notch in the Advanced RTO Course teaching you techniques on operating in non-permissive environments.

I know we practice the jungle antenna in the scout course, and course graduates talk a lot about using it. I’ve attached a photo that shows they type of terrain and vegetation that covers the majority of the area where I live, aside from agricultural fields/orchards. It seems like the jungle antenna is not the ideal choice in this terrain. Should we consider ourselves lucky that our signal won’t be blocked by trees? Should be use portable yagi antennas like the Elk antenna line? Is it better to just keep with the rubber ducks? My assumption would be rubber ducks for intrasquad comms and yagi for squad to HQ. We’re also experimenting with some AREDN mesh for certain digital/computer network communications, but aren’t to the point of using it portably, yet. Just wondering your thoughts. I know that most of your posts are going to be tilted toward your local terrain and vegetation, but if you need an idea for a post maybe one on radio or scout operations in more open terrain. 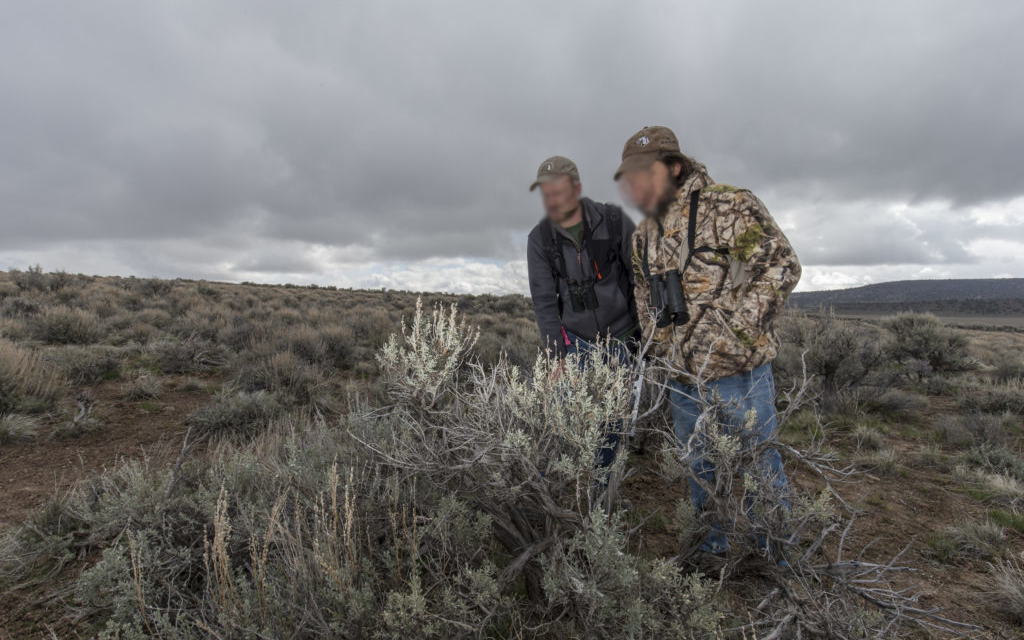 This is an outstanding one. Taking it from the top, vegetation absolutely has an impact on your signal. The higher in frequency you go, the worse it gets. (reference: PRC-64 report in Jungle conditions and tactical jungle communications study) This is one of the reasons why VHF is a better choice in rural terrain over UHF. But then again, that might also be a reason to choose UHF in a rural area. Your signal won’t be blocked completely, but it will get scattered, and possibly to the point it won’t be readable. This makes a big difference when using digital modes, especially DMR. Either way, as you know from the RTO Course, a 4-5w handheld radio can do much when coupled with an antenna purpose-built for the frequency. Jungle antennas are omni-directional, meaning they transmit in all directions at once (as well as receive), so they’re best suited for two tasks:

Regarding directional antennas, this is ALWAYS the preference when transmitting to mitigate the DF threat. Not to jump on a rant here, but there’s a reason patrol planning takes as much time as it does in the real world (usually a week, sometimes longer). Among those tasks is mapping out transmission sites and planning the azimuths to transmit your communications. Yeah, its a lot of work. Yeah, its hard. This ain’t for everyone. And if your life depends on it you learn to do it right. You know this, but a lot of other people reading this probably don’t (and will LOVE to comment about exactly how much they don’t know). But long story short you should always be communicating with directional antennas provide you have the ability to do so. In your environment (sagebrush), it’d be a good idea to add a cheap camera tripod to the mix and run your antennas off that.

Inter-team communications are at the Tactical Level– meaning they’re immediate in nature, coordinating fire and maneuver in real time. The range needed is usually short, less than 1km or so, and the standard duck antenna is fine in this role. And contrary to popular belief, only one person on the team needs a radio- the element Leader. That’s it. Anything more than that leads to a breakdown in the command and control capabilities. When you’re going beyond that, to relay critical information to and from a central command point, such as a Tactical Operations Center (TOC) in a Guerrilla Base, this is where the directional communications become a requirement.

On the mesh networking topic…this is a good one. For a local use setup, its good for linking. Just keep in mind you’re not gonna get a ton of range out if it- its meant for a local area, such as a retreat or G-camp. And the second someone attempts to link it to the regular internet, its potentially compromised.

Since we’re all presumably trying to get local and get small, do you think there’s a place for Broadband Hamnet …
http://www.broadband-hamnet.org
… to set up a house-to-house data network over WiFi in a neighborhood of like-minded people?  What OPSEC concerns would this create?  What benefits might a group gain from such a data network?

Check the answer in the last paragraph above.

Another topic that I would like to learn about: covert antennas (at home and on vehicles). I live in a subdivision that has nosy neighbors and a restrictive home owners association, so Ham antennas aren’t allowed.

Are there relevant use cases for remote transceivers? If we don’t want to radiate from home, but our gear’s at home, how can we transmit without undue DF risk?

This is actually a very common question. Check out this reference: https://amzn.to/3pvVUQx
It was one of the references we used when learning about HF antennas in non-permissive environments and one that I still reference today. That’s the central idea behind teaching students to build antennas in class, so they understand the underlying concepts behind them. Couple that with John Hill’s excellent work on wire antennas: https://amzn.to/3mQZ4fC
And finally, Sandman sends:

11m, also known as Citizen’s Band (CB) radio in the US, is quite a capable tool for use in the field and one that won’t attract a ton of attention when used for underground purposes. FL Digi absolutely is capable over it, especially with some of the narrowband modes such as PSK-31 or RTTY.

If I were rigging up a manpack, I’d bypass kludging a mobile unit into service and simply run a handheld. They fit fine in a surplus MBITR pouch. Just make sure you build a REAL antenna for it. The stock rubber duck on handheld CB antennas are garbage at best. To run FL Digi over them it can be as simple as holding the mic up to the audio on the mobile device and transmitting, but its much cleaner (and less headache) to rig up a dedicated audio output to audio input (on the radio). We so this in the RTO Course with Baofengs using the APRS K1 cable, which makes it pretty simple. I’ve never built one for a handheld CB (or any CB for that matter), but they’re plentiful for a MARS/CAP modded Amateur radio rig (and I have done that).

Anyhow- great questions and as always I look forward to hearing from y’all.