Aesop of Raconteur Report talks about how the COVID-19 pandemic is currently affecting the So. Cal. hospital in which he works in Anecdotally: Keeping It Real. 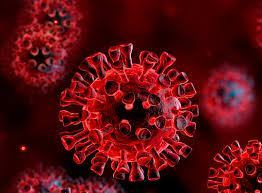 About that pandemic you might think we’re not having:

Nurses on floors normally holding stable telemetry patients are caring instead for ICU patients, because the ICU is full, wall-to-wall, and has been for days, so when someone gets worse, they can’t be moved to higher care, and the floors are stuck with them.

ER is holding ICU patients, now for multiple days. Entire ER is now set up for COVID isolation, which is running 75-90% of patients seen, 24/7. And those are only the ones too sick to send home.

Morgue overflow conex cold storage is now full of corpses. Who died from COVID, not just with COVID. We ran out of body bags day before yesterday, so until we got more, deceased patients had to stay in occupied rooms. Even with getting decedents out, new dead are piling up faster than we’re getting old ones off to coroner or mortuaries.

In the only state out of 50 with mandatory safe nursing:patient staffing ratios, those ratios have been thrown out indefinitely because of the current emergency. Because apparently an international emergency means we can use magic to do what we can’t do when we’re not redlined, at 110% of capacity and ability. (Roll two D6 to cast Spell Of Magical Healing.) I haven’t asked, but I’m pretty sure the Official Answer to overcrowded hospitals will be: Bunk beds! No, really.

Nearby hospitals have gotten so bad, some nurses have walked off the job. No small part of that is the ongoing insufficient supplies of PPE necessary to do the job without getting sick. We’re not there yet here, but morale is low, and the troops are pissed. And if someone calls in and says “I have a fever”, there’s not much anyone can say. It’s coming, in 3, 2,…

Between staff shortages and actual sick staff, we’re starting the day with 50% staffing in some units, and it’s virtually impossible to get hired guns to come in. Everyone is over this, and all they get by picking up registry work or extra shifts where they work, is more sh*t sandwich, every day, into infinity. And you can’t spend bonuses if you’re dead.

And in L.A. County, everything I just wrote? Worse. Squared.

Oh, and we’re still weeks away from the peak of the current surge, which is simply the sum total of people who decided Halloween and Thanksgiving get-togethers were more important than silly COVID restrictions, with predictable results.

We’re all dreading what happens when we get the Christmas/New Year’s Stupidity Surge, 3-5 weeks from now, but it’s definitely coming.

Things are spiffy where you are? Outstanding. Goody for you. No, really. Hope your luck holds.

Meanwhile, I’m hearing from nurses who blog in other states, e.g. Texas, that they’re getting, now, what we had here in Apr-July, and hospital manglement (not a typo. -A.) there learned nothing from what happened in NYFS, NJ, Atlanta, Nawlins, or CA, and accordingly planned for no such thing.

No points for guessing how that’s paying dividends for them now. (Two of the reasons I’m lifetime-banned from hospital administration is because I tested with an IQ over 80, and my parents were married, to each other.)

The next phase beyond this is when the healthcare system starts to collapse. That is already nibbling around the edges of things now. When we get to full collapse, we’ll be Italy: we’re going to have to start to decide who we see, and save, and who we move over to the “It was a good life, and best wishes” area for no further treatment. No one has broached the topic openly, so the docs haven’t decided whether they’ll sort out the oldest, the sickest, or just throw darts at the Big Board when they’re forced to actually decide who lives, and who dies. Mainly, they’re just hoping real hard we don’t get to that phase, ever. If we do, the word “unprecedented” is hardly going to cover our New Normal.

Of course, all this is just like we’ve done in every seasonal flu season for the last 90 years. (/sarc) NOT.

Those of us holding the shitty end of the stick with gloved hands are too busy to give a wet fart for such prognostications, but to a person, everyone of them has expressed that the Internet jet-fuel geniuses who think this is a scam should STFU, and pull a shift here, any day of the week, with their eyes and ears open, and their pieholes shut.

Most of you would last about half an hour before you left skidmarks out the back door.

We don’t want thanks, or Starbucks gift cards, or hazard pay raises (though we wouldn’t turn any of those down). We knew the job was tough when we took it. We just wish the Gilligans driving this day in, day out, would stop being such overachieving jackholes, and use some common goddam sense, just for the novelty, if for no other reason. It stopped being cute to be blisteringly stupid about nine months ago.

And if you think there isn’t going to be a reckoning down the road that grabs you by the short curlies for the jackassery we’re seeing and dealing with now, once this is over with, I’m here to tell you, you’ve got another think coming.Think long and hard about that. TPTB in the medical field have memories like elephants, and you aren’t going to like what you get, nor get what you like. And health insurers will once again be driving the No Sense Of Humor bus, regarding future lifestyle choices. Mark my words.

The brighter lights among you, which has thankfully been a majority, had best make plans accordingly.

You will see this material again, and probably sooner rather than later, but even if not, being prepared for anything even roughly similar means you don’t have nearly as much to worry about, no matter what rolls down the pipe at you the next time Fate pulls the chain on the Flush Bowl of Life.