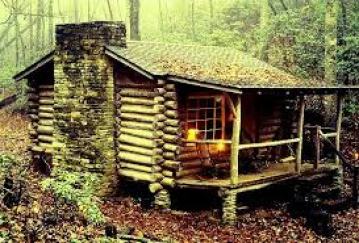 From my angle, not suffering the myopia of many, the prepper movement seems to be rekindling. After the siesta many seemed to take after November 2016, a large number are waking up to the reality that no, your problems are not solved by simply voting and that no, they won’t be any time after. We can easily see that all of the same issues which motivated the many are still omnipresent- the shaky basis of our economy, the very real threat of domestic discord, and the increasing likelihood of terrorism or even a possible nuclear exchange. I can’t help but wonder if this is what the early 80s felt like. Coming of age in the 90s survivalists were far more concerned with the rise of globalism and the threat of domestic tyranny, listening to William Cooper on our Sony Shortwave receivers that we bought at Radio Shack. Those threats haven’t gone away, but what has changed for the good is the approach many are adopting to preparedness and survival compared to the past- embracing a small group and community model versus the inefficient and socially obtuse ‘lone wolf’ stereotype. Before anyone hisses at their screen while reading this, take a moment to reflect on some of the things that have been either written, filmed, or observed in the past few years. Look at the growth of all things survival, primitive living, or just asking for a simpler and more resilient lifestyle. What was once a fringe notion among social outsiders is now mainstream. Look at the resurgence of the ways of yore and the reembracing of simpler, more resilient and less wasteful lifestyles. The age of tradition is coming back, fueled in part by a need to reawaken those bonds with our past meanwhile recognizing the need for community. The days of the large family gatherings and community get-togethers seems to be returning, and its a welcome sight. 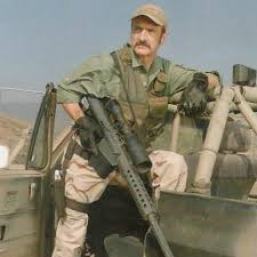 Rugged Individualism doesn’t negate the need for others. I think of myself as a fairly well rounded individual. I can build anything from a lean-to shelter to a radio shack. I can keep a person alive from trauma long enough to get them to a higher tier of care. I can communicate around the world with basic equipment, I can make accurate shots with a 7.62×51 past 1k meters, lead a combat patrol, fix my diesel truck, brew my own beer, hunt any game out there, and can make it into the best smoked sausage you’d want to eat. But those skills at a basic level only serve me. What of my family? What of yours? I have to sleep sometime. Who watches over you when the body or mind shuts down?

And that’s where the confusion comes in. The idea of the well rounded man, rugged individual, or as I like to call self starter, doesn’t mean you don’t need anyone else. Could I live like that, alone, in total isolation? Maybe for a little while, but it wouldn’t be much fun. Without others to share a good laugh, food, drink or the human experience with, what’s the point of ‘surviving’? Many of the libertarian mindset pride themselves on personal liberty, not being reliant on anyone else for anything and accountable to the self alone. While I share those views it cannot negate the reality that I cannot do all things alone nor would I want to. Specialization may be for insects, but we do all have our talents. Groups tend to coalesce around skills that add to the whole. And that brings us to how we stand up communities of preppers.

Click here to read the entire article at AmericaPartisan.