From Glen Morgan at We the Governed: 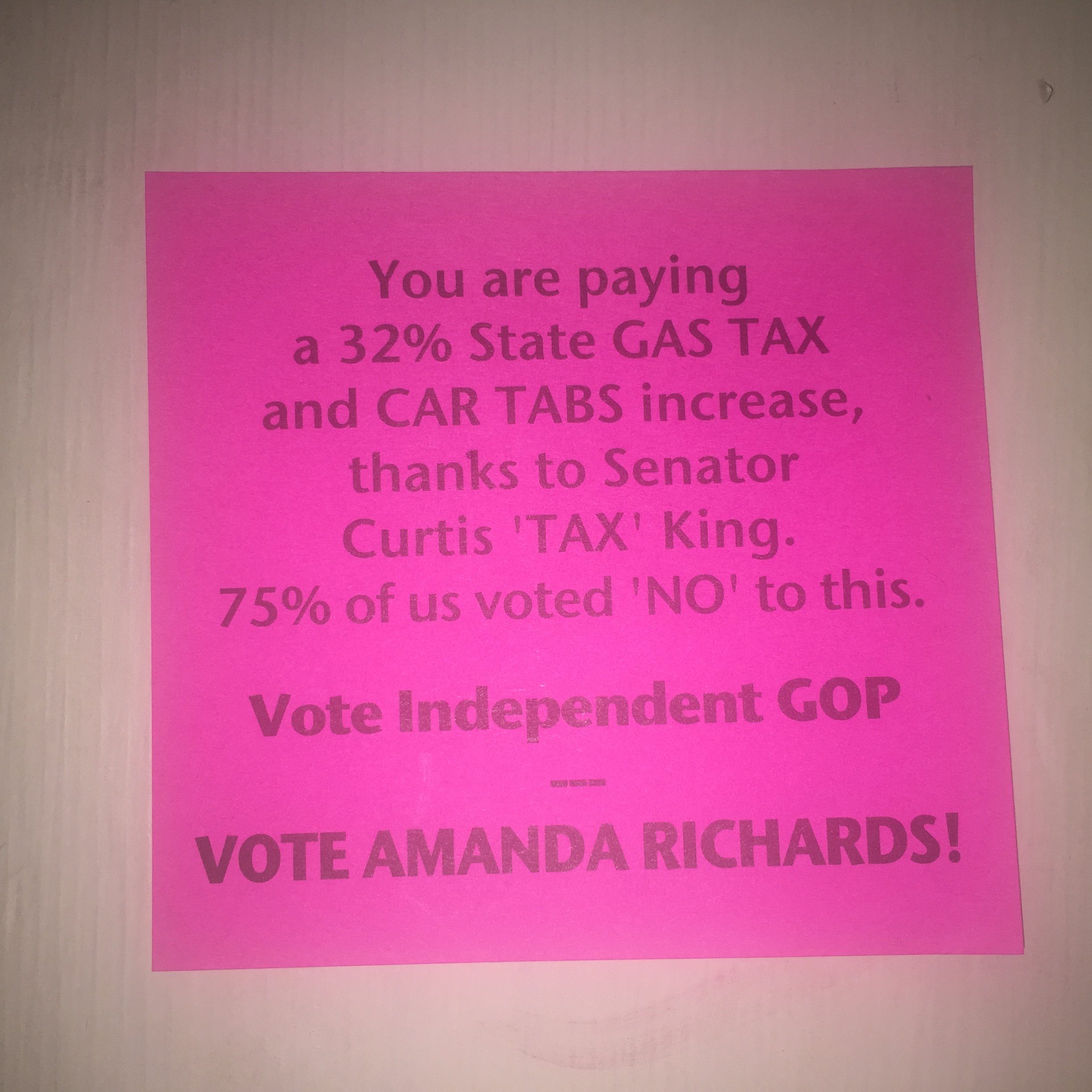 Washington’s 14th legislative district is mostly rural containing all of Klickitat and Skamania Counties, as well as a large portion of Yakima County and a small slice of Clark County.  The City of Yakima is the largest city in this legislative district.  Senator Curtis King was born in Yakima, and 2016 is the first re-election where he has an opponent on the ballot.  King was originally elected to the position when the previous state senator retired early and King defeated the appointed incumbent in 2007.  He was elected in 2008 and 2012 unchallenged by anyone.  This year is different.

In 2016, King faces an opponent from his own party.  Challenger Amanda Richards is a 14-year resident from Klickitat County running as an “Independant GOP.”  King’s well publicized championing of the largest gas tax increase in Washington State history (SB 5987) was a large part of the motivation for Richards to challenge him this election year.

Unlike most states, Washington voters have an opportunity to vote on tax increases (thanks to initiative 960).  These votes are called “advisory votes” and they serve as an opportunity for voters to register their support or opposition to tax increases passed by the legislature and the governor.  Based on the advisory vote totals from 2015 (64% voted to repeal the tax increase state-wide) , voters strongly opposed this gas tax hike and in Senator King’s district, the opposition was even more pronounced at( 77% to repeal in Yakima, 76% to repeal in Skamania, 75% to repeal in Klickitat) .

King knows better than the children who voted for him

Throwing fuel on this fire of tax hike opposition, Senator King went on a King5 interview in February of last year and compared the voters in his district to “children” who need discipline.  Not surprisingly this quote has fueled some of the growing opposition to Senator King, and this audio clip was featured in a video created by the Richards campaign…

Read the entire article at We the Governed by clicking here.