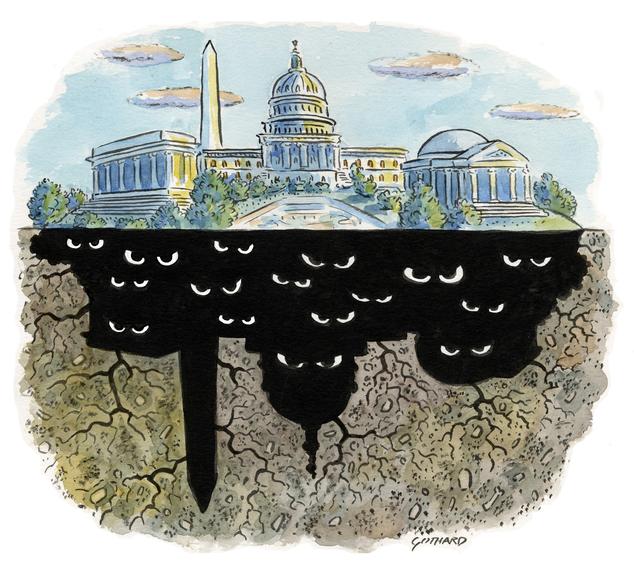 In Spirits in the Material World the Burning Platform discusses the imminent loss of trust in our institutions as part of the fourth turning (ala Strauss & Howe), warning that strife is on the horizon which will force people to focus on the spiritual aspects of life and make choices for the future.

…Bloody revolutions don’t happen during Awakenings or Unravelings. But they do happen during Fourth Turning Crisis periods. There is no possibility of political solutions. The nation has split into competing camps, with no possibility of compromise or negotiated settlements. Our culture has been degraded. After decades of gorging on iGadgets, luxury automobiles, McMansions, and keeping up with the Joneses, the cynicism and desperation of the masses is palatable.

Greed, swindles, delusion and avarice have created an unpayable mountain of debt, severely risking the future of our country, and producing social disorder which will lead to bloodshed. There is a simmering rage just below the surface of a superficial civility, ready to explode at the slightest provocation. The 2016 ascension of Trump against the wishes of the Republican establishment and Sanders’ current ascension against the wishes of the Democrat establishment is proof the existing social order is rapidly losing control and will be swept away in a torrent of violence once the debt dam ruptures. The mood darkens by the day…

There must be another way. We are halfway through this Fourth Turning and answers are few. The questions are many. Humanity’s tendency toward self-destruction is a spectacle which reaches its zenith during Fourth Turnings. Decades of bad choices, living for today, accumulating insane levels of debt, and being deluded by the powers that be, has created a culture of alienation, greed, violence and materialism. The coronavirus pandemic, rapidly spreading across the globe, has the potential to dramatically shift the stranglehold of big business, big government, globalism, and Deep State surveillance over our lives.

Are the ghosts about to conquer the machine? Will the spiritual side of humanity arise once again and defeat the powers of evil who currently control the levers of society? A struggle against dark forces awaits the good people who choose the truth over the lies plied by the corrupt establishment.

The winner-take-all battle between good and evil approaches swiftly. Those with a spiritual basis for their actions will be pitted against those driven by greed, authority and oppression. This coronavirus pandemic, whether biologically weaponized by government authorities to further their agenda of control through fear, or organically formed through genetic mutations in filthy third world countries, appears to be the catalyst which will propel us into the ether of death and devastation, pervasive during the climax of Fourth Turnings. I’ve never been less sure about the future than I am today.

Is the planet about to experience a worldwide contagion that kills millions and brings global economic activity to a standstill, triggering a collapse in outrageously overvalued markets and implosion of the mountain of global debt? Or will the Deep State and their pliable servants utilize standard fear mongering techniques to further enslave a populace insufficiently capable of distinguishing reality from make believe.

The establishment will continue to lie and cheat because they are anchored in the material world and its ephemeral riches. They hate those who do not fall into line and can’t be corrupted by earthly riches. Either scenario will ultimately result in a showdown between good and evil. We all have choices to make. Will we ascend into the light of the spiritual or descend into the darkness of demons?

A complete collapse in trust is on the horizon. The excesses of materialism and greed have reached their zenith. Propaganda, money printing and Trump tweets cannot overcome a global pandemic. The ineptitude of government agencies and cluelessness of government bureaucrats has been on display in China and will be laid bare in the U.S. when the coronavirus continues its rampage across the globe. It will also reveal the propensity of government to act in a totalitarian manner when they are given free rein to control our lives. This virus will expose the fascist nature of our surveillance state and their incompetent response to a life or death crisis on our doorstep.

A crisis where life or death hangs in the balance will force people to focus on the spiritual aspects of life and make choices about what kind of world they want to leave for future generations. As this coronavirus brings our interconnected global just in time economy to a halt and millions once again see their 401ks evaporate, materialism will lose the admiration of the masses and people will begin to realize humanity can only survive and thrive if we adjust our priorities towards liberty, reason, responsibility, and doing what’s right today in order to leave a viable future for our children. The dark clouds of a monster storm on the horizon beckons. We will be forced to make difficult choices. Hopefully, enough people will make the right choices…