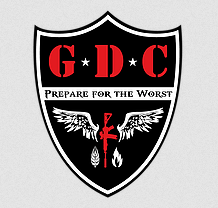 From Grid Down Consulting, A Biblical Perspective on Preparedness.

In the books that I’ve published in the past, I have made clear my faith and the importance of relying on God through hard times.  In this chapter, I would like to discuss the biblical perspective on being prepared.  When discussing biblical theology, I realize it can be as contentious an issue as which gun is best suited to a SHTF situation, but I feel it is an important discussion to have.  The chapter below is MY OPINION and beliefs on the subject.  If you are a believer and have a personal relationship with Jesus, then I want to make one point overwhelmingly clear:  this chapter is a general guide.  At no point does it take any precedence over what God is specifically calling you to do.  Again, please pay heed to that still small voice that resides in each one of us and listen to the leading of the Holy Spirit to help guide your decision-making process through the hard times ahead.

I have had multiple discussions with my pastor on the subject and, as with all aspects of prepping and life, I am always willing to evolve my thinking and stance on the subject as new sound biblical information is put before me.  Please feel free to contact me through my website and let me know what you believe on the subject.  But before you do, please research and pray about it and don’t just take a one-sided stance for contentious purposes.

There are two sides to the biblical argument on prepping.  There are the Christians who will cite stories, like those of Joseph, on being prepared for hard times, and there are the Christians who will cite the example of the Israelites fleeing Egypt and how God miraculously supplied their every need during forty years of wandering through the wilderness.  So what should we, as Christians, do?  Should we make advanced preparations or rely solely on God’s miraculous provisions if hard times were to come about?  I believe the answer is actually both.

However, before I start discussing scripture on the subject, let me first remind you of the three main reasons people (including Christians) don’t prepare for hard times.  The first is ignorance, that is to say, not being educated on the subject.  The second is the “ostrich head in the sand” syndrome: it’s much more comfortable to hope it will never happen.  And the third is (especially for Americans) the assumption that the government will come to their aid.

Educating yourself takes time and work, and the topic can be depressing (especially if you don’t have faith and a reliance on God to see you through).  The mainstream media is NOT a good source and you have to dig for yourself to find any solid information.  Remember, in November of 2014, Admiral Rodgers, the Director of Cyber Security for our nation, told Congress that what he fears the most is a cyber attack on our critical infrastructure (the electric grid) that could lead to massive loss of life and industry, that he believes it will happen in the very near future, and that they are completely unable to stop it.  That is a huge revelation!  Yet the mainstream media completely ignored that story.  Be careful about what the media is feeding you and pray for discernment to see through the spin they put on stories to push their agenda.  The information you need is out there, but not on the 6:00 Evening News.

Just because the media aren’t covering the threat does not mean that it won’t affect you and your family once it happens.  And just because it is a frightening scenario and you’d rather just not think about it or just pretend it doesn’t exist, it does not lessen the severity of the impending societal breakdown.  You can’t just “blink” and miss it.  And banking on the military and FEMA to help not only you, but 300+ million additional starving people all at the same time?  It’s seriously not even realistic to think that would work, even with full electrical and communication systems working.  The threat of EMP and the vulnerability of the electric grid have been widely known in the government since the 1960s.  That’s over forty years and ten presidential administrations (Republican and Democrat alike) that have done nothing to harden our critical infrastructure or protect the electric grid.  It would only cost around $2-$4 billion dollars to harden the grid, which is less than what we give Pakistan in aid each year.  The politicians don’t care!  Voting for this doesn’t buy them any votes come election time because very few people are even aware that a threat exists.  It’s hard for me to fathom as all the information is out there, yet no one is talking about it.  I think it’s time for Christians to WRESTLE with this, rise up and take the lead.

​   I feel it is imperative that you educate yourself on the threat.  What I mean by this is that if you are putting away tons of food and supplies for no specific reason, then you are a bit crazy.  That is why “preppers” have been shown in a bad light by the media.  The liberal media think that everything is going wonderfully in our rapidly growing technological society and that there is no threat to our food supply and no one needs a gun to protect himself because the police will protect you (when in truth they will usually show up ten minutes later to clean up the mess and call the coroner’s office for your dead body).  Since the media have no interest in researching the threat, there obviously isn’t one and you’re crazy for putting some extra food in your basement.

Information and education on the subject is paramount before making decision.  Researching the theology behind “prepping” is completely irrelevant if you don’t believe there are hard times ahead for our country.  I strongly challenge you to spend AT LEAST a full day’s worth of time (over time if need be) looking at the evidence I put forth in on the likelihood of a grid-down scenario.  That does not mean just read through what I wrote.  Even though I put a lot of information on my website, it is literally the tip of the iceberg of evidence towards a grid-down scenario.  Do your own research!  Click on the hundreds of links I supply to government reports, news articles, and videos on the subject.  Do your homework and pray about it before deciding if preparing for hard times makes sense for you and your family.  I believe that the amount of evidence I put forth is irrefutable and if you don’t bury your head in the sand in fear, you will come to the same conclusions that I have about the undeniable threats that face this country in the near future.  Once you have done that or if you are already convinced that hard times lay ahead for other reasons, then continue.

I have a close friend that I graduated high school with, whom I respect enormously and I know that he loves the Lord immensely.  During a discussion a while back about my profession as an emergency preparedness consultant, he mentioned that his stance is not to worry about the future and he is going to just trust in God when the time comes.  He also mentioned the story of the Israelites escaping Egypt in Exodus and how God supplied their every need.  That challenged me a bit, and made me second guess myself.  It forced me to research that story and pray and deliberate on it.  Did I not have enough faith?  Was I not trusting God to miraculously supply my family’s needs should the worst come to pass?

Here is what I’ve come to personally believe.  First, God took the Israelites out of Egypt and into a “wilderness” to wander for 40 years.  This area is essentially a desert.  To this day it would be very hard to grow crops or raise livestock in this area of the Middle East, not to mention that there were approximately 3 million Israelites to be fed and watered each day.  This is not a situation where the Israelites WERE capable of taking care of themselves.  This was a situation where God led them to that place and only a miracle by God (manna) could sustain them and keep them alive, forcing them to wholly put their trust and faith in God.  I believe this is a great example of how God can supply our needs miraculously when he chooses to do so.

If I were to go for a week-long backpacking trip in the dry desert of Arizona, I would take supplies for myself to make sure I would have enough food and water.  I wouldn’t just head out with the shirt on my back and expect God to miraculously save me and feed me.  I am not insinuating that he couldn’t, I am just saying that it would not be a wise decision on my part to test Him.  I think God expects us to be smart and responsible in our decision-making processes.  This leads to the preparedness side of the story.  The Israelites were slaves and had no way to or even enough time to prepare for their quick departure out of Egypt.  They didn’t have time to grow large crops and store away food to take with them or raise large quantities of livestock for their journey (not that the Egyptians would have let them do that anyway).  This is an instance where God used many miracles to harden Pharaoh’s heart and let them escape the oppression of the Egyptians.  God miraculously brought them out of the land of Egypt and miraculously provided for their needs.  This is a wonderful story about God’s ability to do miraculous things to save His people.  There is nothing in this story that I could find “against” preparing for hard times...

Click here to continue reading at Grid Down Consulting.