One of the more interesting trends we’re watching is the bifurcation of the Democratic Party.

In structure, it’s slightly reminiscent of how the Republican Party broke along the Conservative Inc. establishment and the Tea Party starting in 2009.

In last week’s livestream, I provided an update on the progress of the Far Left. Justice Democrats candidates, for instance, have won three primaries, lost three, and still have three in upcoming primaries. Jamaal Bowman, endorsed by the Democratic Socialists of America, is one to watch — an AOC clone from New York trying to unseat Rep. Eliot Engel (D-NY). 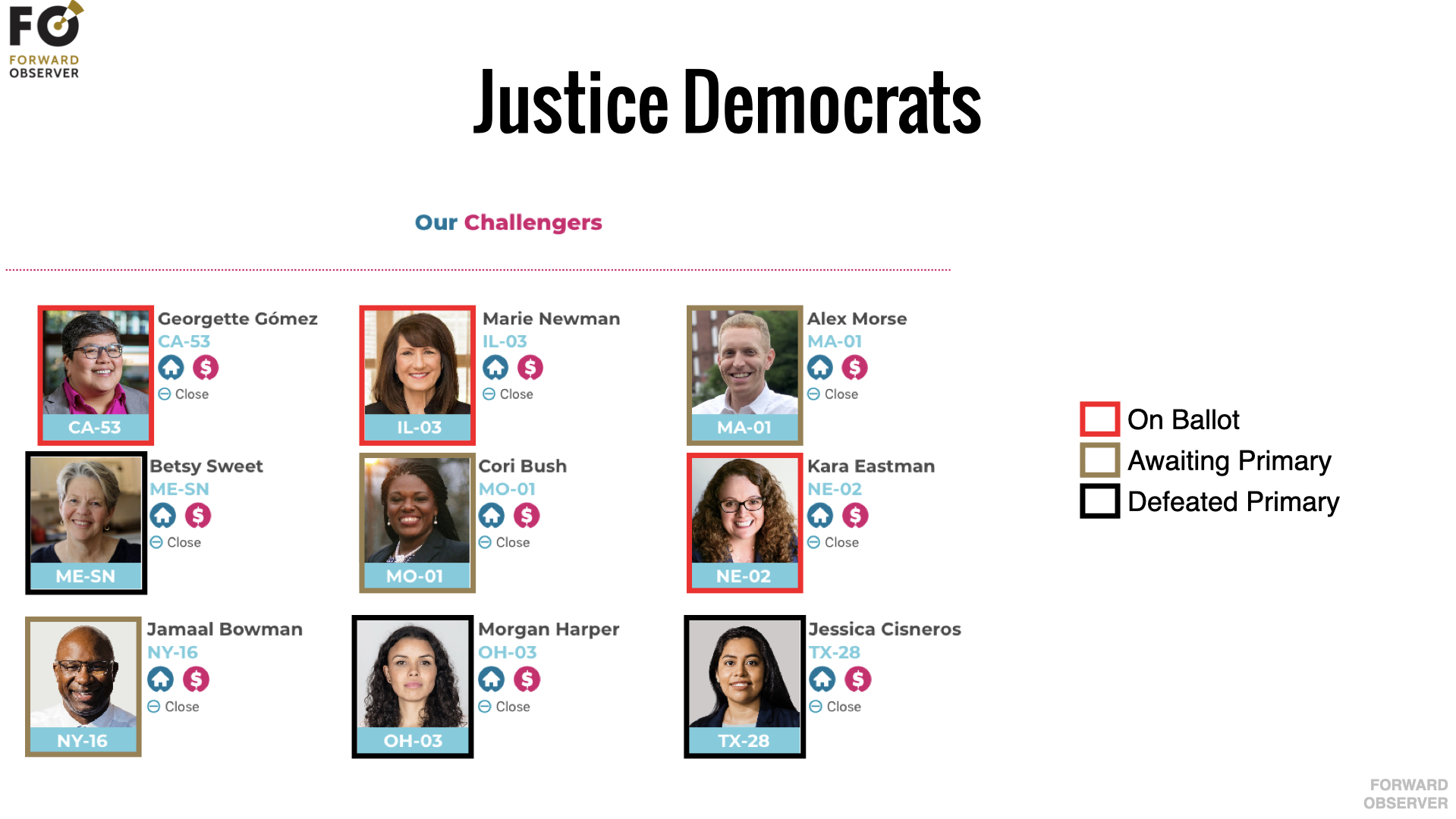 The failed Bernie Sanders campaign squashed any hope of putting a socialist in the White House next year, and the reaction to Joe Biden has been downright cold. While Sanders has been busy campaigning for socialists in primaries and down ballot elections, Democrats have criticized Sanders for not doing enough to support Biden. Similarly, instead of expending resources to help Biden, socialist outlets have promoted winning locally, too.

By gaining more power at the local and state levels — electing lower court judges and district attorneys, for instance — socialists can do more to form a judicial blockade against what they describe as neo-liberal and fascist policies at the national level.

The argument has proven accurate with regard to the political power exercised by the courts and city councils during the COVID-19 shutdowns and, more recently, the riots and civil unrest. Local politicians can also provide cover for socialist disruption and facilitate the socialist insurgency.

Earlier this month, Kshama Sawant, a member of the Socialist Alternative political party and Seattle city council member, unlocked the doors of City Hall to allow hundreds of protestors inside.

More recently, professor Frances Fox Piven encouraged the socialist movement to not shy away from violence in local activism. Calling for “a revolutionary transformation,” Piven warned socialists not to “fall on this very narrow path of nonviolence,” and argued that “the violent capacity of the crowd is an important way of defending its ability to exercise disruptive power.”

You may have heard the name Piven before. In the 1990s, Piven and another socialist professor, Richard Cloward, pushed a plan to continually expand entitlement benefits and the welfare system until spending morphed into a guaranteed basic income. It’s well-known as the Cloward-Piven strategy, and has been a moderately successful one, given the growing popularity of a universal basic income.

This is yet another sign of how the United States is changing, and is another indicator that socialist success has staying power. As they rack up political and social victories, the country’s low intensity conflict will worsen.