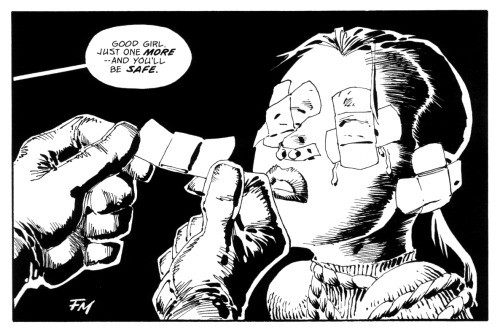 Consitutional law attorney and author John Whitehead of the Rutherford Institute writes about much that is wrong in the USA in P Is for Predator State: The Building Blocks of Tyranny from A to Z

“When a population becomes distracted by trivia, when cultural life is redefined as a perpetual round of entertainments, when serious public conversation becomes a form of baby-talk, when, in short, a people become an audience and their public business a vaudeville act, then a nation finds itself at risk; a culture-death is a clear possibility.” — Professor Neil Postman, Amusing Ourselves to Death: Discourse in the Age of Show Business

While America continues to fixate on the drama-filled reality show scripted by the powers-that-be, directed from the nation’s capital, and played out in high definition across the country, the American Police State has moved steadily forward.

The COVID-19 pandemic has been a convenient, traumatic, devastating distraction.

The American people, the permanent underclass in America, have allowed themselves to be so distracted and divided that they have failed to notice the building blocks of tyranny being laid down right under their noses by the architects of the Deep State.

Trump, Obama, Bush, Clinton: they have all been complicit in carrying out the Deep State’s agenda. Unless something changes to restore the balance of power, the next president—the new boss—will be the same as the old boss.

Frankly, it really doesn’t matter what you call the old/new boss—the Deep State, the Controllers, the masterminds, the shadow government, the corporate elite, the police state, the surveillance state, the military industrial complex—so long as you understand that no matter who occupies the White House, it is a profit-driven, an unelected bureaucracy that is actually calling the shots.

If our losses are mounting with every passing day—and they are—it is a calculated siege intended to ensure our defeat at the hands of a totalitarian regime.

Free speech, the right to protest, the right to challenge government wrongdoing, due process, a presumption of innocence, the right to self-defense, accountability and transparency in government, privacy, media, sovereignty, assembly, bodily integrity, representative government: all of these and more are casualties in the government’s war on the American people.

Set against a backdrop of government surveillance, militarized federal police, SWAT team raids, asset forfeiture, overcriminalization, armed surveillance drones, whole body scanners, stop and frisk searches, and the like—all of which have been sanctioned by Congress, the White House and the courts—our constitutional freedoms are being steadily chipped away at, undermined, eroded, whittled down, and generally discarded.

As a result, the American people have been treated like enemy combatants, to be spied on, tracked, scanned, frisked, searched, subjected to all manner of intrusions, intimidated, invaded, raided, manhandled, censored, silenced, shot at, locked up, and denied due process.

None of these dangers have dissipated in any way.

They have merely disappeared from our televised news streams.

It’s time to get educated on what’s really going on. Thus, in the interest of liberty and truth, here’s an A-to-Z primer that spells out the grim realities of life in the American Police State that no one seems to be talking about anymore.

A is for the AMERICAN POLICE STATE. A police state “is characterized by bureaucracy, secrecy, perpetual wars, a nation of suspects, militarization, surveillance, widespread police presence, and a citizenry with little recourse against police actions.”

B is for our battered BILL OF RIGHTS. In the militarized police culture that is America today, where you can be kicked, punched, tasered, shot, intimidated, harassed, stripped, searched, brutalized, terrorized, wrongfully arrested, and even killed by a police officer, and that officer is rarely held accountable for violating your rights, the Bill of Rights doesn’t amount to much.

C is for CIVIL ASSET FORFEITURE. This governmental scheme to deprive Americans of their liberties—namely, the right to property—is being carried out under the guise of civil asset forfeiture, a government practice wherein government agents (usually the police and now TSA agents) seize private property they “suspect” may be connected to criminal activity. Then, whether or not any crime is actually proven to have taken place, the government keeps the citizen’s property and it’s virtually impossible to get it back.

D is for DRONES. It was estimated that at least 30,000 drones would be airborne in American airspace by 2020, part of an $80 billion industry. Although some drones will be used for benevolent purposes, many will also be equipped with lasers, tasers and scanning devices, among other weapons—all aimed at “we the people.”

E is for EMERGENCY STATE. From 9/11 to COVID-19, we have been the subjected to an “emergency state” that justifies all manner of government tyranny and power grabs in the so-called name of national security. The government’s ongoing attempts to declare so-called national emergencies in order to circumvent the Constitution’s system of checks and balances constitutes yet another expansion of presidential power that exposes the nation to further constitutional peril.

F is for FASCISM. A study conducted by Princeton and Northwestern University concluded that the U.S. government does not represent the majority of American citizens. Instead, the study found that the government is ruled by the rich and powerful, or the so-called “economic elite.” Moreover, the researchers concluded that policies enacted by this governmental elite nearly always favor special interests and lobbying groups. In other words, we are being ruled by an oligarchy disguised as a democracy, and arguably on our way towards fascism—a form of government where private corporate interests rule, money calls the shots, and the people are seen as mere economic units or databits.

G is for GRENADE LAUNCHERS and GLOBAL POLICE. The federal government has distributed more than $18 billion worth of battlefield-appropriate military weapons, vehicles and equipment such as drones, tanks, and grenade launchers to domestic police departments across the country. As a result, most small-town police forces now have enough firepower to render any citizen resistance futile. Now take those small-town police forces, train them to look and act like the military, and then enlist them to be part of the United Nations’ Strong Cities Network program, and you not only have a standing army that operates beyond the reach of the Constitution but one that is part of a global police force.

H is for HOLLOW-POINT BULLETS. The government’s efforts to militarize and weaponize its agencies and employees is reaching epic proportions, with federal agencies as varied as the Department of Homeland Security and the Social Security Administration stockpiling millions of lethal hollow-point bullets, which violate international law. Ironically, while the government continues to push for stricter gun laws for the general populace, the U.S. military’s arsenal of weapons makes the average American’s handgun look like a Tinker Toy.

I is for the INTERNET OF THINGS, in which internet-connected “things” monitor your home, your health and your habits in order to keep your pantry stocked, your utilities regulated and your life under control and relatively worry-free. The key word here, however, is control. This “connected” industry propels us closer to a future where police agencies apprehend virtually anyone if the government “thinks” they may commit a crime, driverless cars populate the highways, and a person’s biometrics are constantly scanned and used to track their movements, target them for advertising, and keep them under perpetual surveillance…(continues)

Click here to continue reading at the Rutherford Institute.