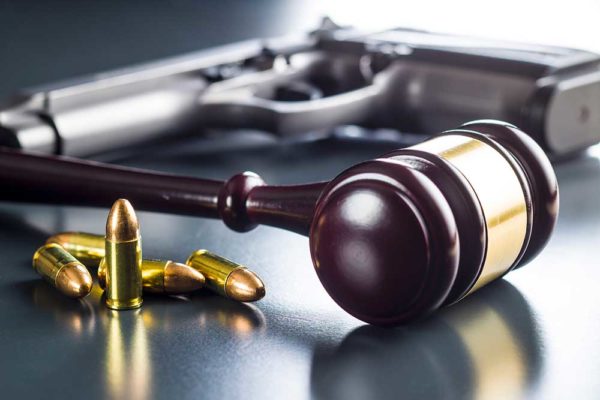 The move comes at a time when NRA is fully involved in the 2020 election process and will be interpreted by many as an effort to cripple the organization and reduce its political influence at a critical moment.

Fox also quoted NRA President Carolyn Meadows, who describes the New York lawsuit as “a baseless, premeditated attack.” She questioned the timing of the lawsuit.

“You could have set your watch by it,” Meadows said in a prepared statement. “The investigation was going to reach its crescendo as we move into the 2020 election cycle. It’s a transparent attempt to score political points and attack the leading voice in opposition to the leftist agenda. This has been a power grab by a political opportunist – a desperate move that is part of a rank political vendetta. Our members won’t be intimidated or bullied in their defense of political and constitutional freedom.”

Meadows, according to Fox News, insisted the gun rights organization “will not shrink from this fight – we will confront it and prevail.”

The 169-page New York lawsuit alleges that longtime NRA Executive Vice President Wayne LaPierre “has exploited the organization for his financial benefit, and the benefit of a close circle of NRA staff, board members, and vendors.” NRA is incorporated in the State of New York.

In addition to LaPierre and the NRA, the lawsuit names former NRA Treasurer Wilson “Woody” Phillips, Chief of Staff and the Executive Vice President of Operations Joshua Powell and General Counsel John Frazer as defendants.

The lawsuit alleges that “With the assistance of Phillips, Powell and Frazer, LaPierre abused his position as a fiduciary to the NRA to obtain millions of dollars in personal benefits in the form of undisclosed, excessive compensation, which includes in-kind benefits and reimbursements from the NRA and its vendors.”

The document further alleges that “LaPierre has undertaken a series of actions to consolidate his position; to exploit that position for his personal benefit and that of his family; to continue, by use of a secret “poison pill contract,” his employment even after removal and ensuring NRA income for life; and to intimidate, punish, and expel anyone at a senior level who raised concerns about his conduct.”

In a statement quoted by the Washington Examiner, James declared, “The NRA’s influence has been so powerful that the organization went unchecked for decades while top executives funneled millions into their own pockets. The NRA is fraught with fraud and abuse, which is why, today, we seek to dissolve the NRA, because no organization is above the law.”

In her complaint, James asks the court to find “that the NRA is liable to be dissolved pursuant to (a) N-PCL § 1101(a)(2) based upon the NRA’s pattern of conducting its business in a persistently fraudulent or illegal manner, abusing its powers contrary to public policy of New York and its tax-exempt status, and failing to provide for the proper administration of its trust assets and institutional funds; and/or (b) N-PCL § 1102(a)(2) because directors or members in control of the NRA have looted or wasted the corporation assets, have operated the NRA solely for their personal benefit, or have otherwise acted in an illegal, oppressive or fraudulent manner.”

Further, James asks the Court to rule “that the interest of the public and the members of the NRA supports a decision to dissolve the NRA.”

James is also asking the court to direct the individual defendants “to account, make restitution and pay all penalties resulting from the breach of fiduciary duties and their misuse of charitable assets for their own benefit and interests.” She also seeks to enjoin the defendants “from future service as an officer, director or trustee, or in any other capacity as a fiduciary of any not-for-profit or charitable organization incorporated or authorized to conduct business in the State of New York, or which solicits charitable donations in the State of New York, or which holds charitable assets in New York.”

Tanya Metaksa, who served as executive director of the NRA’s Institute for Legislative Action—the organization’s political lobbying arm—told Ammoland News, “I hope it’s going to be a long fight. I think it’s all political.”

Metaksa, now retired, spent 4 ½ years in the position as NRA’s chief lobbyist. She also at one time served on the NRA Board of Directors.

Richard Feldman, an attorney who is also president of the Independent Firearm Owners Association, Inc., said via email, “Perhaps the biggest swamp in the DC area is located at Waples Mill Road! Time to drain that swamp.”

In 2007, Feldman authored a memoir of his time working at the NRA titled, “Ricochet: Confessions of a Gun Lobbyist.” He was both applauded and castigated within the firearms community, depending upon the perspective of each observer.

In a subsequent telephone conversation, Feldman added, “I think it sucks that the NRA leadership has put American gun owners in this almost untenable position.”

He asserted the timing of both lawsuits is purely political.

“They didn’t wait until after the November election to drop this,” he said.

If the NRA is forced to dissolve, that could put enormous pressure on other gun rights organizations to fill a void.

Alan Gottlieb, founder and executive vice president of the Second Amendment Foundation, and also chairman of the Citizens Committee for the Right to Keep and Bear Arms, provided a statement to Ammoland News.

“I firmly believe that you’re innocent until proven guilty,” he said of the allegations contained in the civil lawsuits. “But it is also my belief that the NRA board of directors should have taken action when these allegations were first raised and preempted any action that could be taken by the New York State attorney general and the attorney general for the District of Columbia.”

In recent years, SAF has become a legal powerhouse, fighting dozens of court battles to advance Second Amendment rights, an effort he has often described as a campaign to “make the Second Amendment great again.”

“While there is no doubt both of these attorney generals are opponents of Second Amendment rights,” Gottlieb said, “and have an axe to grind, these are serious allegations that have not been put to bed by the leadership of the NRA over the last several years.

“Fortunately, for the gun rights movement,” he observed, “the strength of the NRA is not only in its leadership but in its members. Its members will not abandon the fight to protect Second Amendment rights.”

“The National Shooting Sports Foundation (NSSF), the firearm industry’s trade association, is troubled by the politically-driven decision of New York Attorney General Letitia James to seek to dissolve the National Rifle Association, America’s oldest civil rights organization. The lawsuit filed today by Attorney General James seeks to punish the over five million members of the National Rifle Association based on mere allegations of possible wrongdoing by a few individuals.

“NSSF is deeply concerned about the apparent political agenda to silence the strongest voice in support of the Second Amendment ahead of the election in November.

“This lawsuit, and one filed today by the District of Columbia Attorney General, should concern all Americans who cherish both the First and Second Amendments to our Constitution regardless of their views on what laws and regulations are appropriate to address the criminal misuse of firearms.”

There have been no criminal allegations in either jurisdiction. Both lawsuits are civil in nature.

In the District complaint, Racine notes the NRA Foundation was “established to operate solely for charitable purposes related to promoting firearm and hunting safety.”

In his complaint, Racine asserts, “In recent years, the NRA has experienced financial problems related, in large part, to low membership and the NRA’s decision to continue to waste funds on improper, lavish spending. To plug financial holes caused by its own poor management, the NRA turned to the Foundation’s funds. Because the Foundation’s Board of Trustees and executives are dominated by the NRA, and the NRA had subverted the Foundation’s independence, the Foundation has allowed itself to be financially exploited through, among other things, unfair loans and management fee payments to the NRA.

“In allowing its funds to be diverted from charitable purposes and wasted to prop up the NRA in impermissible ways,” the District complaint continues, “the Foundation Board of Trustees has failed to provide meaningful oversight and failed in its fiduciary duties. Through this enforcement action, the District seeks injunctive relief sufficient to reform the Foundation’s lack of proper independent governance and a constructive trust over Foundation funds improperly wasted on the NRA.”

With both legal actions coming 90 days before the national elections in November, many gun owners and Second Amendment activists, as Feldman and others observed for this story, will be immediately convinced this is a political maneuver to weaken the NRA at a time it needs to be strongest.