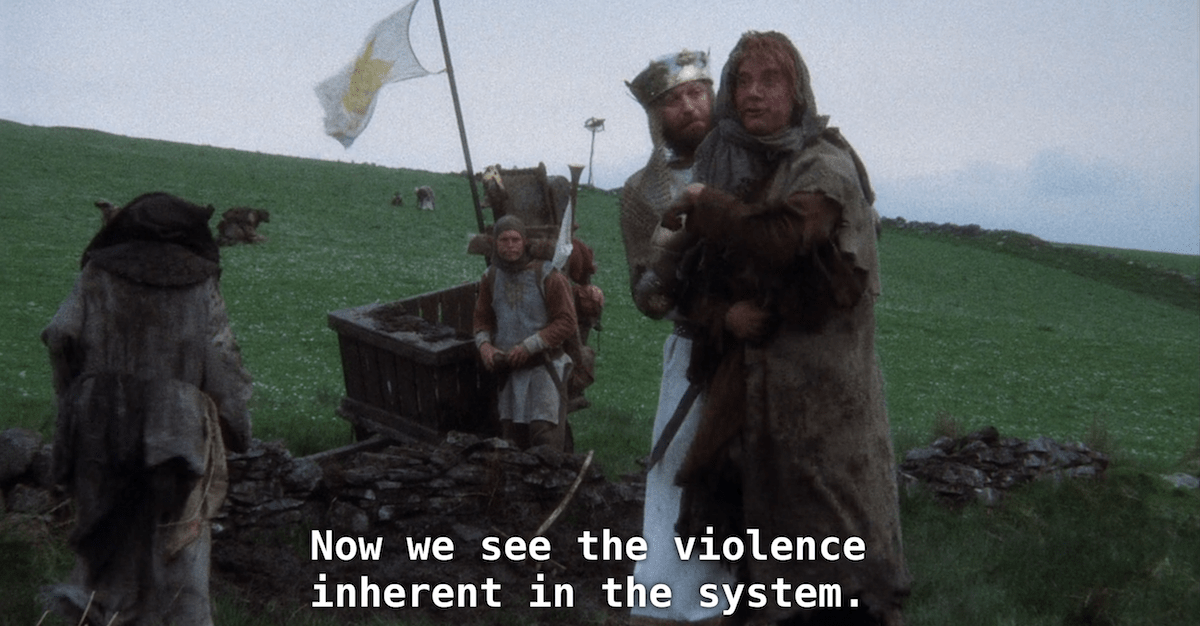 From Charles Hugh Smith at Of Two Minds, Isn’t It Obvious We Need a New System?

Why do we tolerate such a corrupt, undemocratic, exploitive, elite-dominated system? Because we have no other choice? No, we do have a choice.

Isn’t it obvious that we need an alternative economic system that isn’t controlled by corporations, the government and the central bank for the exclusive benefit of insiders and elites? Isn’t it obvious that the current system has failed the majority of participants, and hence the ubiquitous sensations of:

3) being stripmined / exploited by domestic and globalized elites

4) disgust / frustration with the self-enriching political class that serves corporate/elite/insider interests above all else.

My 50 years of work have given me a ringside seat in how the economy has changed from inclusive to extractive. My jobs have ranged from agricultural field worker to running my own yard service to hospitality to construction to print media (free-lancer) to financial services (quant shop) to non-profit education to political rabble-rousing (unpaid) and my current profession as marginalized, misfit author-blogger (my specialty appears to be getting shadow-banned by Big Tech monopolist extractors).

My colleague Mark Jeftovic explains how systems can be inclusive or extractive. Systems that automatically bail out the greediest, wealthiest socially-useless speculators via the Federal Reserve are not just extractive, they’re exploitive and predatory. The Reversion Will be Mean.

Extractive systems are also intrinsically fragile in crises as the trapped / exploited behind the oars tend to abandon ship at the first chance, and the real-world sinews of the economy have been weakened by the bailouts and financial engineering. In effect, the fragile, brittle shell doesn’t need much of a shock to implode. (If you want to see this process in real time, look around you.)

Yes, corporations bought political influence and exploited everything within reach but their reach wasn’t as global and their rapacity not quite as refined. Sociopathic exploitation such as stock buybacks and Big Pharma advertising directly to consumers were illegal.

The economy was not dependent on endless asset bubbles and bailouts of the most venal speculators. The Federal Reserve whines that it has to bail out the greediest scum of the nation again and again and inflate one asset bubble after another because otherwise this sucker’s going down.

Over the past 50 years, the ladders of upward mobility have splintered. Now making all the sacrifices to follow the conventional script (get a college diploma, etc.) don’t lead to secure employment. The fundamental backdrop of the economy is that labor’s share of the economy is in permanent decline: the value of labor has been in a freefall, a freefall masked by bogus “low inflation” and other trickery. (See chart below)

Even in the mid-1980s, I could get a building permit for an entire house in one day; now the process takes weeks or even months.

Now costs and regulatory burdens have soared to crushing levels. This plays perfectly to government bureaucracies, which have monopolies on the power to raise junk fees, penalties, etc. at will, and Corporate America, whose core drive is eliminate any and all competition so profits can soar on the basis of monopoly, not on superior products or services.

Can we be honest for a change and admit that ours is an extractive system in which anything goes for the wealthy and powerful and winners take most?

Isn’t it obvious that we need an alternative system that isn’t run for the benefit of elites and insiders? What would such a system look like?

One, it would be voluntary / opt-in. Nobody would be forced to participate. All anyone would need to bring is a willingness to be useful and belong to something doing good work on behalf of the community rather than a bunch of parasitic, predatory billionaires.

Three, the operations of the system would be automated so human bias would have few opportunities to carve out unearned privileges. Note that most of the systems you interact with are fully automated. (Try reaching a human being in customer service.) The only difference is these systems are secret “black boxes” designed to maximize the profits of cartel-monopoly corporations, not serve the nation or its communities. They only serve the owners, 2/3rds of whom just so happen to be the top 0.1%.

Open-source software runs a great many enterprises and systems and does so without secret “black box” algorithms known only to the exploiters.

Four, it would have its own money, a cryptocurrency that comes into being in only one way: as payment for useful, purposeful labor that benefits the community in some way. All the technology for such a labor-backed cryptocurrency is already in hand.

My 50 years of work in a variety of sectors and jobs has made such a system “obvious” to me, and so I’ve written a book ( A Hacker’s Teleology) to explain how such a system would work and why it’s “obvious.” You can read excerpts of the book in this free PDF and read the story behind the book and the Introduction.

Why do we tolerate such a corrupt, undemocratic, exploitive, elite-dominated system? Because we have no other choice? No, we do have a choice. The first step to outline the values, processes and goals of an alternative system that actually works for everyone and our planet.

I’ve taken a stab at outlining such a system, so why not check it out? If you can come up with a better one, then get it out there for the rest of us to study.

We do have a choice. But we have to take it. If we’re unwilling to make any systemic changes, then we truly are trapped–not by them (whomever they might be) but by our own unwillingness to accept that systemic change is now necessary if we’re to have a future that’s beneficial to all.