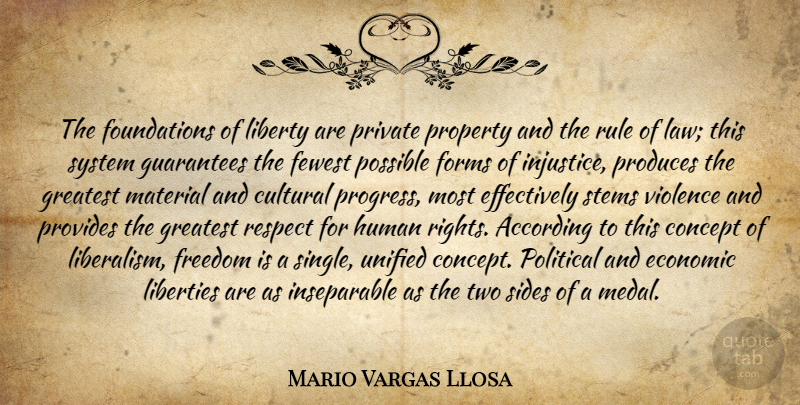 In a recent essay at the new online conservative magazine IM-1776, writer Alex Kaschuta argues that the contemporary world is under “The Heavy Chains of Liberalism” that have, in her mind, destroyed humane life, abolished tradition, and left atomized individuals increasingly “free” from all social and personal restraint. These complaints are nothing new, and some of the problems she points to are all too real, however, her broadside attack against liberalism misses the mark on nearly every front.

For one thing, like many labels in use today, the word liberal has become so broad that its use encompasses many divergent streams of thought and bulldozes over important differences and nuances. Libertarians and classical liberals are intimately familiar with this problem, having adopted those labels as a means to try and deal with the bastardization of the term liberal.

In his most recent book, The Great Delusion, John Mearsheimer divides liberalism into two diverse schools of thought that are often at odds with one another. On the one hand, he identifies modus vivendi liberalism, which is largely focused on individual negative rights and is primarily concerned with state intrusion into life, and on the other hand, he identifies progressive liberalism which is much more concerned with positive rights and social engineering. Most notably, progressive liberalism is intimately connected to crusading schemes to remake the world in its universalist image. Modus vivendi liberalism, which Mearsheimer has identified with F.A. Hayek, lacks this universalist crusading impulse.

However, like many today, Kaschuta paints with a broad brush and conceives of only one liberalism in the mold of John Stuart Mill, who, she argues, “asserted that freedom lies in elevating choice and leaving aside burdensome custom, that the only way to be truly free is to unshackle yourself from the bonds of social mores, into ever freer choice.”

To be sure, there are libertarians who seem to identify maximalized individual choice and therefore control over every aspect of human existence as being the core of libertarianism. For instance, consider this line from Nick Gillespie and Matt Welch’s 2008 Reason essay “The Libertarian Moment“: “We are in fact living at the cusp of what should be called the Libertarian Moment, the dawning not of some fabled, clichéd, and loosey-goosey Age of Aquarius but a time of increasingly hyper-individualized, hyper-expanded choice over every aspect of our lives.”

It is certainly questionable to what extent such a focus on “hyperindividualism” belongs in the modus vivendi camp.

In contrast, a Misesian conception of liberalism is hardly focused on the destruction of social mores and tradition. Rather, in Mises’s words, “the program of liberalism…if condensed into a single word, would have to read property, that is, private ownership of the means of production”. Not only is this a different emphasis than maximum individual choice in every sphere of life, but Mises actually attacks Mill as “the originator of the thoughtless confounding of liberal and socialist ideas that led to the decline of English liberalism and to the undermining of the living standards of the English people…Mill is the great advocate of socialism.”

Hayek’s work is also absent of this Millian impulse, and in fact, directly contradicts it on many occasions by defending the idea of tradition as being the result of an evolutionary process of trial and error that should not just be casually tossed aside by those who “cannot conceive of anything serving a human purpose that has not been consciously designed” and in fact calls such people “almost of necessity enemies of freedom.”

Unlike many illiberals, Kaschuta recognizes that “the market works, and it has been nothing short of miraculous.” However, she proceeds to blame the market for “the despoiling of the planet, the destruction of local communities, and boom and bust cycles of ever-increasing intensity.” Whatever criticisms one might have about a free-market system, these are not very good ones.

There is no shortage of data showing that liberal societies, with their emphasis on property rights, lead to better environmental outcomes. And one need only look at the history of the Soviet Union, which nearly completely eliminated the Aral Sea, and slaughtered tens of thousands of whales for no purpose at all, to see how well a non-market-based economic system cares for the environment.

Similarly, blaming the free market system for the decline of community also misses the mark. There are many reasons why community and civil society have decayed, but as the work of sociologists Frank Tannenbaum and Robert Nisbet demonstrate, one of the primary reasons is the centralizing power of the state that seeks to undermine any rivals for social power. This can hardly be blamed on modus vivendi–style liberalism.

Finally, Kaschuta’s claim that the market naturally leads to boom and bust economic cycles ignores the entirety of Austrian Business Cycle theory that argues that rather than being the natural product of market forces, such business cycles are the result of malinvestment created by central bank monetary policy.

Kaschuta raises many salient points when she complains about modern man being “freed” from all restraint, but she misses the mark in placing all of the blame for this unmooring on the shoulders of liberalism. History is full of similar periods in societies across the globe where there was a collective loss of self-restraint. These epochs are not indicative of the “chains” of liberalism, but the shackles of human nature that no earthly ideology can hope to ever cast off. Human nature is what it is.

Liberalism will not solve human nature, but in the tradition of Mises and Hayek it can help to establish a social system in which humans can live peacefully with material prosperity. That is such a rare accomplishment in human history that its critics should exercise more caution before dispatching it to the dustbin of history.