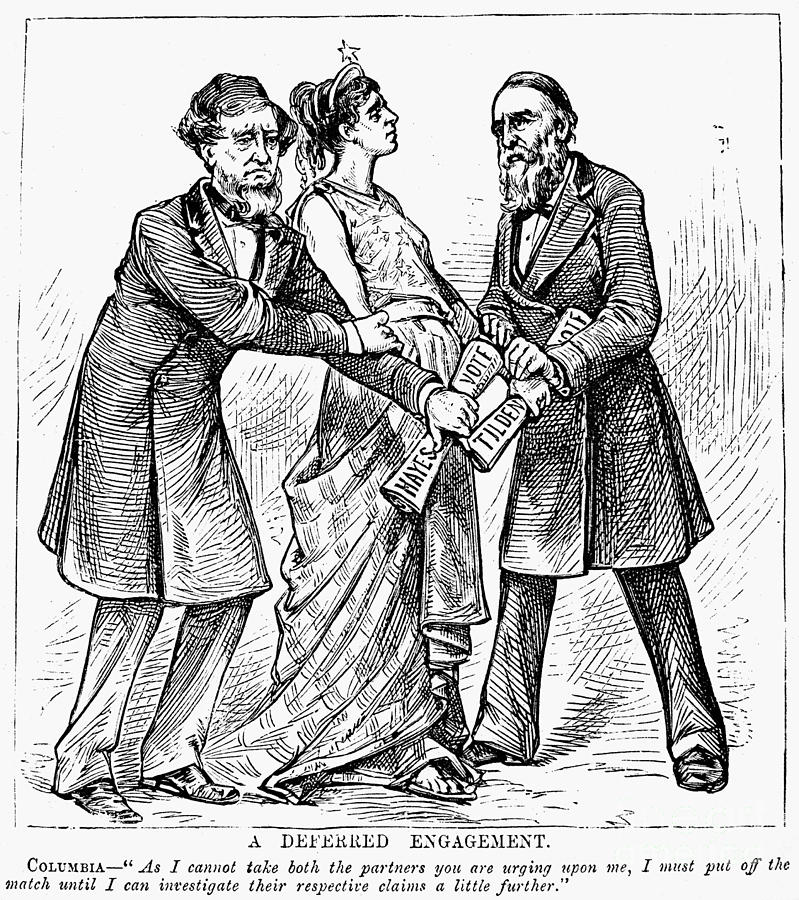 In Giving Up the Ghost, James Howard Kunstler talks about what could happen tomorrow and after in regards to the US Presidential election.

Things are shaking loose. Secrets are flying out of black boxes. Shots have been fired. The center is not holding because the center is no longer there, only a black hole where the center used to be, and, within it, the shriekings of lost souls. Will the United States go missing this week, or fight its way out of the chaos and darkness?

Whatever occurs in this strange week of confrontation, Joe Biden will not be leading any part of it. Where has he been since Christmas? Back to hiding in the basement? Did the American people elect a ghost? Even if this storm blows over, could Joe Biden possibly claim any legitimacy in the Oval Office? And then what happens with the rest of the story — which is an epic economic convulsion sharper than the Great Depression — as time is unsuspended and the year 2021 actually unspools?

Only the bare outlines of this week’s fateful game are visible. Mr. Trump has not conceded the election. An action will play out in congress under rarely-used constitutional rules as to how the electoral college votes are awarded to whom. The rancor around this action is already epic. Few of the political players are beyond suspicion of dark deals and shifty allegiances. Persistent rumor has the president laying out a royal flush of deadly information about his antagonists, enough to make heads explode among the formerly cocksure and vaporize the narrative they’ve been running for four years.

A whole lot of people are converging in the nation’s capital at midweek, maybe even the touted million. It is a moment, possibly, not unlike the Bastille in Paris, 1789. They will be clamoring right outside Congress as the electoral vote ceremony proceeds. If the battle is not joined in the chamber, it’s a little hard to believe the crowd will just heave a million sighs, trudge back to their cars, and drive quietly home.

Senator Ted Cruz has come up with a pretty sound plan: a ten-day emergency audit of the balloting with an electoral commission consisting of five Senators, five House Members, and five Supreme Court Justices — to consider and resolve the disputed returns. The proposal is based on the 1877 procedure for resolving the contested Hayes-Tilden election. “Once completed, individual states would evaluate the Commission’s findings and could convene a special legislative session to certify a change in their vote, if needed,” the proposal stated. Naturally, the Democratic Party’s news media handmaidens denounced it as “embarrassing” — which raises the question: who exactly will be embarrassed if the plan goes ahead?

On Sunday, Mr. Trump had a telephone call with Georgia Secretary of State Brad Raffensperger, ostensibly to discuss efforts made by his office to authenticate the validity of the Nov. 3rd balloting in that state. This is being portrayed by The WashPo, The New York Times, and the rest of the gang as a virtual replay of the Ukraine phone call that eventuated in the 2019 impeachment.  Consider that the notorious Ukraine phone call was an attempt to inquire about the influence-peddling of Hunter Biden at the time when his father was vice-president. Does anyone doubt now, a year-and-a-half later, with the release of Hunter B’s laptop evidence, that there was some legitimate concern there? Might anyone suspect that there is also some genuine concern about the Georgia balloting — and Mr. Raffensperger’s failure to audit the vote? Did Mr. Raffensperger stupidly walk into a trap in that phone call? I doubt that the call was casual or impulsive on the president’s part.

What I wonder, given the eerie silence at Joe Biden’s end of things, is whether there is some negotiation underway for Mr. Biden to concede the election before events move forward into official inquiries. I wouldn’t be hugely surprised if that is the case. A US election has never concluded under such an enormous cloud, and with such a show of weakness by the putative winner. Joe Biden is but a ghost in the machine, and the machine is infernally corrupt, and now just about everybody knows it, including the figures fighting so hard to pretend that it isn’t so. Something like a war is underway both within the USA and from without. Mr. Trump is a war president and he’s not shirking his duty. War goes where it will and a genuine leader goes out to meet it where it comes.