The Burning Platform has A Time for New Beginnings and Ending That Which Must End which discusses their take on the ending of our republic, the battle for our liberties, and who the enemy is.

Janus is an ancient Roman, a composite god who is associated with doorways, beginnings, and transitions. A usually two-faced god, he looks to both the future and the past at the same time, embodying a binary.

If they can get you asking the wrong questions, they don’t have to worry about answers.

Two years ago, also during the month of Janus, I wrote a speculative article on Trump as two faces on the same coin and, specifically, considered the president as the “most interesting man in the world”: an enigmatic “ringleader”, of sorts, who always keeps us guessing between transitional episodes:

In so many ways, Trump is the perfect foil to usher in a new epoch… a forerunner of sorts before another ringleader takes center stage.

To be sure, President Trump is like a flip-sided Obama the way he’s branded upon America’s psyche. And, like Obama, he’s a walking, talking, Rorschach test.

For good? Or bad?

Either way:  We all have our suspicions and are becoming more certain with each passing day.

And here we are today, two years later, still wondering.

In the wake of Russiagate, the Mueller Show, the 2018 Midterms, the Ukraine impeachment debacle, Covid, and, now, a stolen presidential election, it calls to mind the following questions:

What if the innermost circle of The Borg, or, at least, the mid-level components like the Deep State, Orwellian Media, Dems, Rinos, and punditry, were actually caught off guard by Trump’s 2016 win – simply as a result of underestimating the awareness and will of the American voters who overwhelmed The Borg’s systemic election fraud four years ago? What if Trump were real and Spygate, Mueller, Ukrainegate, and Covid, were the means to gaslight the dupes and tie-up the president as much as possible over the previous four years?

In consideration of Occam’s Razor: What if everything we have seen during Trump’s presidency was merely a natural progression of events?

Then, what if the same voter fraud occurred in the 2020 Election except, this time, The Borg was caught red-handed?

Certainly, the Orwellian Media’s anointing of Dementia Joe was, in part, a plan conceived and launched by the “bipartisan” Transition Integrity Project (T.I.P.) under the cover of Covid and using technologies and methodologies defecated straight from the bowels of Langley.

Everything about November 3, 2020, and the ensuing post-election narrative propagated by the Orwellian Media smacks of desperation by those attempting to pull off the coup. Does it not?

Or it could be another show: A really, super-big, gigantic, end-of-America-type media event.

During the holiday break, I listened to attorney Sidney Powell and Congressman Louie Gohmert (R-TX) interviewed by a guest host on the Rush Limbaugh radio program. To hear Powell and Gohmert outline the overt suppression of evidence of fraud in the 2020 Presidential Election was staggering, to say the least. But, that very evening, the nightly news, instead, showed Kamala Harris receiving her Covid vaccine. The “Vice President-Elect”, then, through her mask, and with her trademark nasal whine, implored Americans to follow her lead and get their shots in the arm too.

What is occurring in America now may seem surreal but it is, indeed, actually happening.

In early December, President Trump, by his own admission, gave what may have been the most important speech of his lifetime, and it was not given one iota of coverage on my local nightly news. Instead, we were informed on “President-Elect” Joe Biden’s virtual round-table of small business owners who were impacted by the Covid pandemic as well as the number of new Covid cases in the country that day.

Furthermore, if you go to YouTube and query “Trump’s most important speech december 2, 2020” this is what appears: “Fact-check” videos on Trump’s “baseless voter fraud claims” and “speech riddled with falsehoods”. 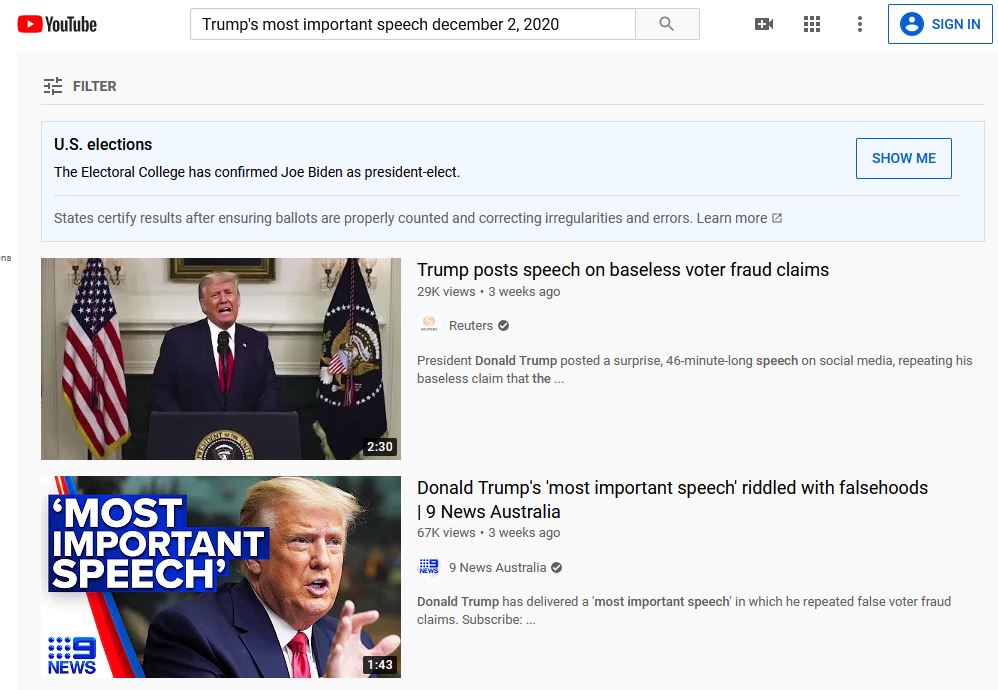 Now try this: Search for the word “Plandemic” on the Duck Duck Go search engine, and you will see the website for PlandemicVideo.com appearing at the top of the results.  But if you search the same term on Google, the Plandemic video website does NOT show.  Instead, you will see a Wikipedia link labeling Plandemic as “misinformation” and a science magazine’s website “fact-checking” “unsubstantiated claims and accusations”. 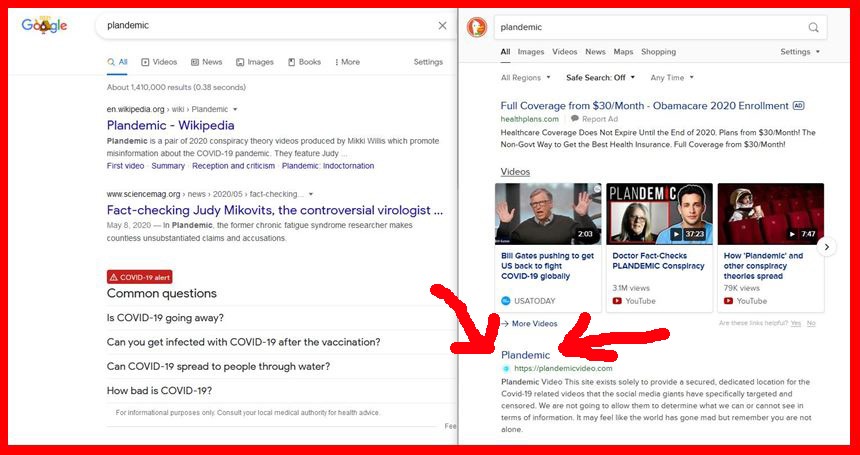 Consider for a moment the kind of power we are witnessing:  The mainstream media, the FBI, the Justice Department, the CIA, Big Tech, The Drudge Report, most of Fox News, and, now, even the American electoral system and Supreme Court… ALL assimilated by The Borg.

How could this all-inclusive collusion exist?

What follows will provide some of the answers to that question.

Catherine Austin Fitts is a former banker turned whistleblower and served as the Assistant Secretary of Housing and Urban Development in the late nineteen-eighties under Bush the Elder. A few days before Christmas 2020, an interview of Fitts was posted whereby she described five pillars of a Transhumanist Technocracy currently being constructed in plain sight by The Borg.  The five pillars are as follows:

2.) The military installing satellites in space in conjunction with Operation Warp Speed here on earth

Fitts claimed these “pillars” are painstakingly being kept separate by the Borg until they can be integrated into our bodies, and our minds, by means of our own blood and DNA – like a trap being sprung at just the right time; and the reason we are not completely caught in the trap yet, is because The Borg has not quite finalized construction of the five pillars.

In her interview, Fitts described our current circumstances as a war between those who consider mankind as “individuals” with rights divinely ordained and against a High Tech Oligarchy (i.e. The Borg) who views the citizens of the world as cattle and chattel…(continues)