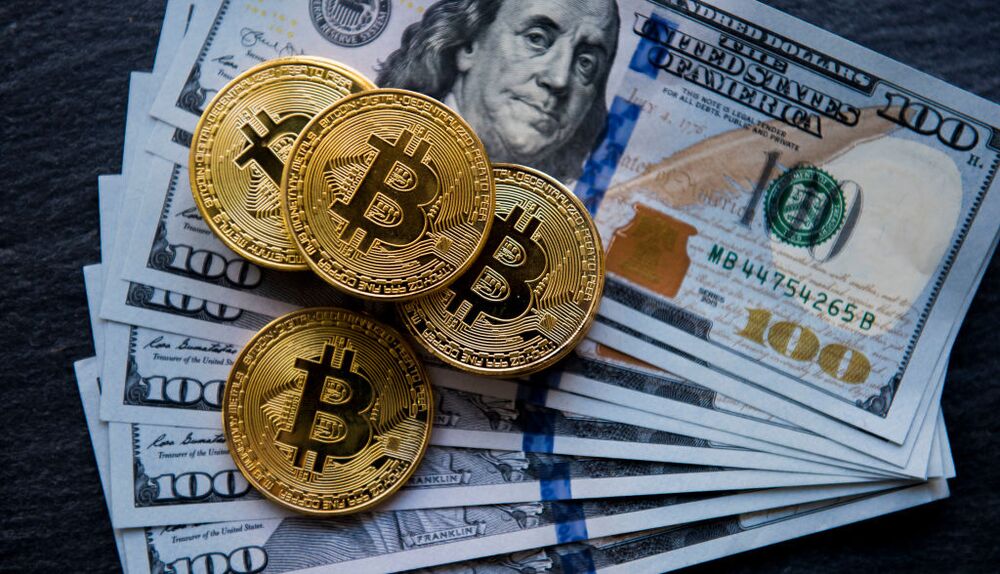 From the Mises Institute, Government’s Money Monopoly and the “Great Reset”

The unbacked paper money system is an economically and socially destructive system—with far-reaching and harmful economic and social consequences beyond what most people would imagine. Fiat money is inflationary; it benefits some at the expense of many others; it causes boom-and-bust cycles; it corrupts the morality of society; it will ultimately end in a major bust; and it leads to overindebtedness.

The Institute of International Finance (IIF) estimates that global debt climbed to $277 trillion by the end of 2020, amounting to a staggering 365 percent of world gross domestic product (GDP). As the graph below shows, global debt versus GDP has risen in recent years, suggesting that the increase in debt has outpaced the rise in GDP. This buildup of excessive debt, the path to overindebtedness, results from an unbacked paper money system.

In close cooperation with commercial banks, the central banks artificially lower the market interest rate through credit expansion, which increases the money supply. Consumption increases and savings decline, while capital expenditures go up. Taken together, this means that the economy is living beyond its means. While the injection of new credit and money at artificially low interest rates causes an initial surge in economic activity, this boom will and must be followed by bust.

The Austrian business cycle theory (ABCT) points to this with rigorous logic. The reason is that once the injection of new credit and money has run its course—after wages are raised, cost of capital lowered, etc.—market interest rates return to their original levels, that is the levels which prevailed before the issuance of credit and money out of thin air. Once market interest rates start to rise, the boom slackens and collapses.

Higher market interest rates prompt people to reduce consumption and increase savings from current income. In addition, new investment projects that are considered profitable in times of artificially suppressed market interest rates turn out to be unprofitable. Firms start to rein in spending, cut jobs, liquidate assets. Painful as it is for most people, this is the process through which the economy cleanses itself of overconsumption and malinvestment caused by the boom.

As a rule of thumb, the higher the debt burden on an economy, the higher its debt in relation to income, the more problematic it is when a recession hits. Generally speaking, a decrease in output worsens borrowers’ ability to service their debt. However, once debt has reached relatively high levels, a recession can cause debtors to default on their payment obligations. In fact, it can cause the debt pyramid to collapse, sending the economy into depression.

Critics of the ABCT may argue that the unbacked paper money system, despite its sky-high debt, did not collapse in the 2008–09 crisis, nor did it collapse in the politically dictated lockdown crisis of 2020–21. Doesn’t that suggest the ABCT got it wrong? The answer is no; the important point here is that when applying the ABCT to past or current real events, it is important to take “special conditions” into account appropriately.

This policy has consequences that should also be taken into account. When central banks successfully intervene in the credit market and fend off the bust, the misallocation of scarce resources continues and gets even worse—adding to the scale and scope of the inevitable crisis in the future. What more, the monetary policy of preventing a bust by any means allows anticapitalist forces to destroy what little is left of the free market system. And that is exactly what is happening around the world.

An Uncomfortable Truth: The State Feeds on Crises

The politically dictated lockdown crisis has slowed down economic activity in many countries around the world and in extreme cases brought it to a standstill. Recession, business failures, and mass unemployment are the results. In the meantime, the governments—which have caused the disaster in the first place—have “come to the rescue”: they are letting their central banks put ever-greater amounts of money in the bank accounts of consumers and producers.

In relying on this money flow, a growing number of people and business models become dependent on government handouts. It does not take much to realize that this whole process is clearly playing into the hands of those political quarters that want to grow the state even bigger, push back the remaining capitalist elements in the economic system, and establish a collectivist-socialist regime—that it operates the switches to a truly “socialist transformation.”

When consumers and businesspeople receive generous financial support from the government, resistance against a policy that destroys many firms and jobs is greatly reduced—compared to a situation where those who suffer from such government policies receive no compensation. In other words, by running the electronic printing presses, state power is greatly increased at the expense of civil liberties and freedom.

History shows that emergencies and crises strengthen the power of the state; and also that it is very difficult to ever take power away from the state once it has seized it. And the more powerful the state becomes, the more it will be used by resourceful special interest groups—such as the military-industrial complex, Big Banking, Big Tech—as the economic theory of so-called rent seeking would explain to us.

The Trouble with Oligarchic Democracy

This development is accelerated in democracies, because democracies develop into oligarchies, as the sociologist Robert Michels (1876–1936) argues. Why is that? In representative democracies, political parties are formed. These parties are organizations run by the most determined, power-hungry people. They become the “oligarchic party elite” and are in a position to set their own agendas, regardless of the will of the party base or party voters.

Various oligarchic party elite groups begin to work together, paving the way toward an “oligarchic democracy,” in which the powerful few rule over the many powerless. In other words: Michels argues that the idea of democracy is turned on its head. In fact, in an oligarchic democracy, it becomes possible for the political and corporate “elites” to effectively run the show, enforcing their favored political, economic, and social concept with joint forces.

Against this backdrop, the buzzwords “Great Transformation,” “Great Reset,” and “new world order” seem to be the brainchildren of today’s political and corporate elites, meant to replace what little is left of the free market system and install a so-called command economic system: While the institution of property is maintained in name, it is the central authority, the power elite, that determines what the owners of property may or may not do with their property.

In a command economic system, the oligarchic party elites would effectively dictate what is produced by whom, when, where, and at what cost, and who gets what and when from the production output; and it takes only a fairly small—and logically consistent—step to transform the command economic system into outright socialism—where the oligarchic party elites and their partners would effectively own the means of production. But socialism is a recipe for disaster.

We Must End the State’s Money Monopoly

The productivity of a command economy, let alone full-blown socialism, could not support, feed, clothe, and house a world population of currently around 7.8 billion people. In fact, a command economy or outright socialism would mean the death of millions, if not billions, of people. Ludwig von Mises (1881–1973) pointed this out as early as 1919: Socialism is impossible, it leads to chaos, impoverishment, and total loss of individual freedom.

And yet, collectivist-socialist ideologues and their supporters, politically weaponizing “climate change” and, most recently, the “coronavirus epidemic,” are pushing very hard to abolish the market system (or what little is left of it) altogether to impose a command economic system, or even a socialist regime, on mankind. Although they enjoy support by large numbers of people, that does not mean that socialism is inevitable, as Marxist-socialist thinkers wish to make their audience believe.

Mises understood that peaceful and productive cooperation among men at national and international levels requires private property and unimpeded division of labor, or what it boils down to: the free market system, or capitalism. He also pointed out that society lives and acts only in individuals, and that it is in the interest of every individual to stand up for the defense of the free market system. Mises noted in Socialism (1951):

society…was created by mankind. Whether society shall continue to evolve or whether it shall decay lies—in the sense in which causal determination of all events permits us to speak of freewill—in the hand of man. Whether Society is good or bad may be a matter of individual judgment; but whoever prefers life to death, happiness to suffering, well-being to misery, must accept society. And whoever desires that society should exist and develop must also accept, without limitation or reserve, private ownership in the means of production.

Against this backdrop, it should be clear that the unbacked paper money system is not only a cause of crises, it is also the central instrument for those political forces—namely the oligarchic party elites and their supporters—that want to overthrow the existing economic and social order and install a collectivist-socialist dictatorship. Because without the state being in a position to increase the money supply at will, people would sooner or later feel the true costs of the state’s machinations.

And once people understand the true costs of the politically orchestrated economic transformation to their own lives and the well-being of their families and communities, resistance would certainly ensue that has the potential to put an end to a political system that increasingly erodes individual freedoms and liberties. Ending the state money production monopoly and allowing a free market in money is perhaps the most effective line of defense against world tyranny.