The following is adapted from a speech delivered by Senator Tom Cotton on April 9, 2019, at Hillsdale College’s Allan P. Kirby, Jr. Center for Constitutional Studies and Citizenship in Washington, D.C.

Every headstone at Arlington tells a story. These are tales of heroes, I thought, as I placed the toe of my combat boot against the white marble. I pulled a miniature American flag out of my assault pack and pushed it three inches into the ground at my heel. I stepped aside to inspect it, making sure it met the standard that we had briefed to our troops: “vertical and perpendicular to the headstone.” Satisfied, I moved to the next headstone to keep up with my soldiers. Having started this row, I had to complete it. One soldier per row was the rule; otherwise, different boot sizes might disrupt the perfect symmetry of the headstones and flags. I planted flag after flag, as did the soldiers on the rows around me.

Bending over to plant the flags brought me eye-level with the lettering on those marble stones. The stories continued with each one. Distinguished Service Cross. Silver Star. Bronze Star. Purple Heart. America’s wars marched by. Iraq. Afghanistan. Vietnam. Korea. World War II. World War I. Some soldiers died in very old age; others were teenagers. Crosses, Stars of David, Crescents and Stars. Every religion, every race, every age, every region of America is represented in these fields of stone.

I came upon the gravesite of a Medal of Honor recipient. I paused, came to attention, and saluted. The Medal of Honor is the nation’s highest decoration for battlefield valor. By military custom, all soldiers salute Medal of Honor recipients irrespective of their rank, in life and in death. We had reminded our soldiers of this courtesy; hundreds of grave sites would receive salutes that afternoon. I planted this hero’s flag and kept moving. 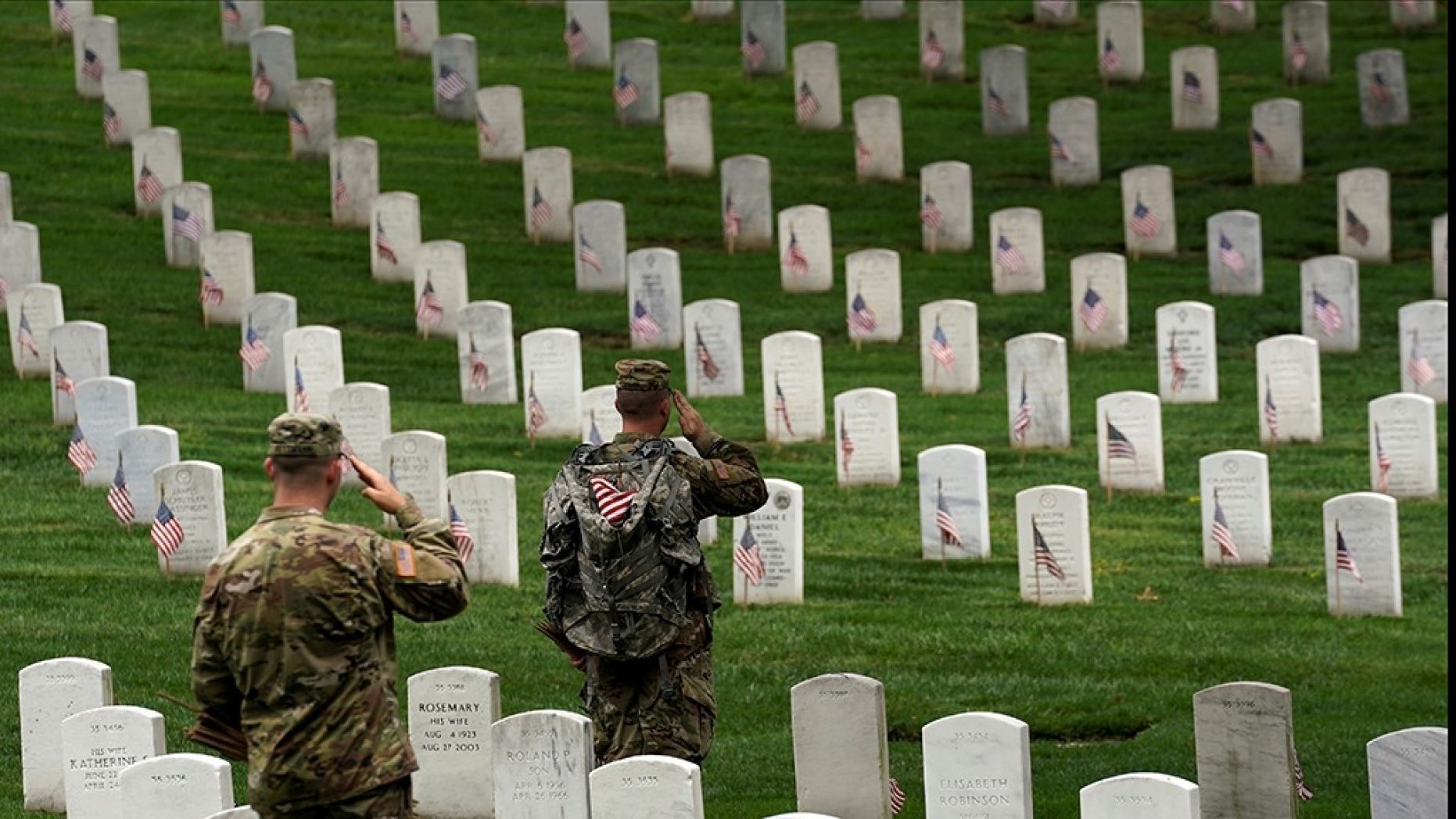 On some headstones sat a small memento: a rank or unit patch, a military coin, a seashell, sometimes just a penny or a rock. Each was a sign that someone—maybe family or friends, or perhaps a battle buddy who lived because of his friend’s ultimate sacrifice—had visited, honored, and mourned. For those of us who had been downrange, the sight was equally comforting and jarring—a sign that we would be remembered in death, but also a reminder of just how close some of us had come to resting here ourselves. We left those mementos undisturbed. 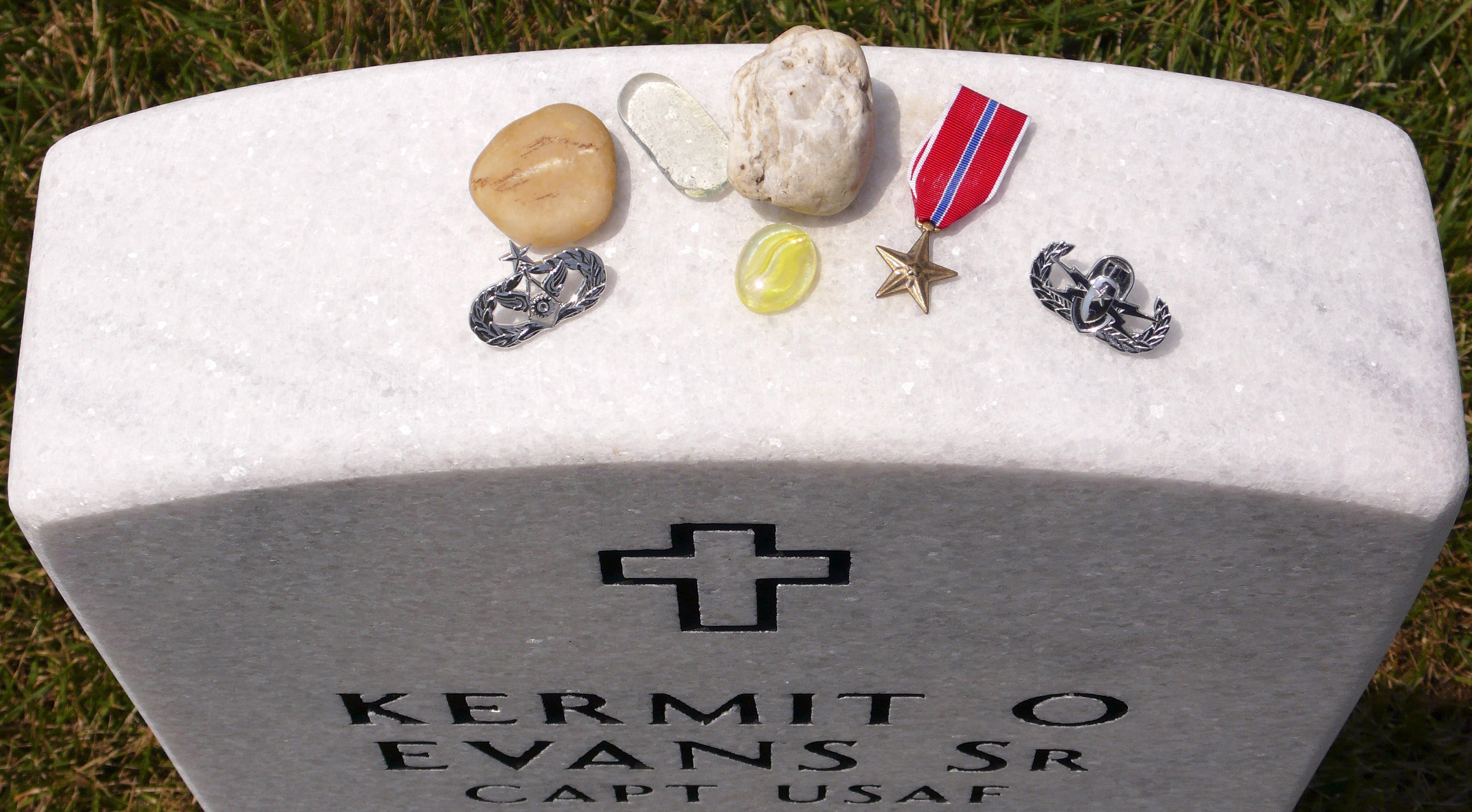 After a while, my hand began to hurt from pushing on the pointed, gold tips of the flags. There had been no rain that week, so the ground was hard. I asked my soldiers how they were moving so fast and seemingly pain-free. They asked if I was using a bottle cap, and I said no. Several shook their heads in disbelief; forgetting a bottle cap was apparently a mistake on par with forgetting one’s rifle or night-vision goggles on patrol in Iraq. Those kinds of little tricks and techniques were not briefed in the day’s written orders, but rather got passed down from seasoned soldiers. These details often make the difference between mission success or failure in the Army, whether in combat or stateside. After some good-natured ribbing at my expense, a young private squared me away with a spare cap. END_OF_DOCUMENT_TOKEN_TO_BE_REPLACED