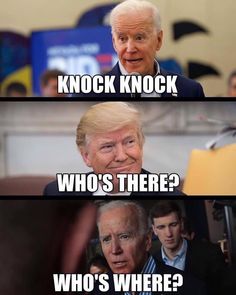 The upcoming election may be the most important in US history. At least as important as that of 1860, which led directly to the War Between the States. In 2016 I believed Trump would win and placed a money bet on him. This time I’m not so sure, despite Trump’s “incumbent advantage” and the fact the Democrats could hardly have picked two worse candidates.

I see at least six reasons why this is true, namely:

The consequences of a Democrat victory will be momentous. Let’s look at why it’s likely.

Despite the fact COVID is only marginally more deadly than the annual flu, and the fact it’s only a danger to the very old (median death age 80), the hysteria around it is changing the nature of life itself. It’s proven much less serious than the Asian flu of the late ’60s or the Hong Kong flu of the late ’50s. And not even remotely comparable to the Spanish flu of 1918-19. None of those had any discernable effect on the economy or politics. COVID is a trivial medical event but has created a gigantic psychological hysteria.

The virus hysteria is, however, a disaster from Trump’s point of view for several reasons. None of them have anything to do with his “handling” of the virus—apart from the fact that medical issues should be a matter between a patient and his doctor, not bureaucrats and politicians.

First, the virus hysteria is severely limiting the number and size of Trump’s rallies, which he relies on to keep enthusiasm up.

Second, more people are staying at home and watching television than ever before. However, unless they glue their dial to Fox, they’ll gravitate towards the mainstream media, which is stridently anti-Trump. People who are on the fence (and most voters are always in the wishy-washy middle) will mostly hear authoritative-sounding anti-Trump talking heads on television, and they’ll be influenced away from Trump.

Third, older people have by far the heaviest voter turnout, but roughly 80% of the casualties of the virus are elderly. And over 90% of those deaths are related to some other condition. Be that as it may, fear will make older people less likely to vote in this election. The COVID hysteria will still be with us in November. Older people tend to be culturally conservative and are most likely Trumpers.

Fourth, in today’s highly politicized world, the government is supposed to be in charge of everything. Despite the fact there are thousands of viruses, and they’ve been with us thousands of years, this one is blamed on the current government. Boobus americanus will tend to vote accordingly.

Keeping his voters at home is one thing. But the effects the hysteria is having on the economy are even more important. The effect of COVID on the economy should be trivial since only a small fraction of the relatively few Covid deaths are among people who are economically active.

Presidents always take credit when the economy is good and are berated when it’s bad on their watch, regardless of whether they had anything to do with it. If the economy is still bad in November—and I’ll wager it’s going to be much worse, despite the Fed creating trillions of new dollars, and the government handouts—many people will reflexively vote against Trump.

In February, before the lockdown, there were about 3.2 million people collecting unemployment. Now, there are about 30 million. So it seems we have over 30 million working-age people who are . . . displaced. That doesn’t count part-time workers, who aren’t eligible for unemployment but are no longer working.

The supplementary benefits have ended. If they return, it will be at lower levels. The artificial good times brought on by free money will end too. It will be blamed on the Republicans.

Worse, the public has come to the conclusion that a guaranteed annual income works. This virus hysteria has provided a kind of test for both Universal Basic Income and Modern Monetary Theory—helicopter money. So far, anyway, it seems you really can get something for nothing.

An important note here: Trump—whatever his virtues—is an economic ignoramus. He’s supported both helicopter money and artificially low-interest rates since he’s been in office. But especially now, because he knows it’s all over if today’s financial house of cards collapses on his watch.

I’ll wager that, out of the 160 million work-force Americans, 30 million will still be out of work by voting day. The recognition that the country is in a depression will sink in. The virus hysteria was just the pin—or sledgehammer, perhaps—that broke the bubble. But that’s another story. What’s for sure is that the average American will look for somebody to blame. As things get seriously bad, people will want to change the system itself, as was true in the 1930s.

The only economic bright spot for Trump is the stock market. But it’s at bubble levels. Not because the economy is doing well, but because of the avalanche of money being printed. Where it is in November is a question of how much more money the Fed will print, and how much of it flows into the stock market. Even then, there’s an excellent chance it could collapse between now and the election.

For reasons I’ve detailed in the past, the economy is now entering the trailing edge of a gigantic financial and economic hurricane. The Greater Depression will be much different, longer-lasting, and nastier than the unpleasantness of 1929-1946. And people vote their pocketbook. Bill Clinton was right when he said, “It’s the economy, stupid.” If stocks fall, it will compound this effect. A high stock market just gives the illusion of prosperity. And, at least while stocks are up, contributes to the atmosphere of class warfare. Poor people don’t own stocks.

Since the gigantic political, economic, and social crisis we’re in will be even more obvious come November, people will want a radical change. Since that—plus lots of free stuff—is what the Democrats are promising, they’re likely to win. But there are other factors.

The last election was close enough, but now, four years later, there are four more cohorts of kids that have gone through high school and college and have been indoctrinated by their uniformly left-wing teachers. They’re going to vote Democrat overwhelmingly.

Alexandria Ocasio-Cortez (AOC), and people like her, are both the current reality and the future of the Democratic Party—and of the US itself. She knows how to capitalize on envy and resentment. The Black Lives Matter and Antifa movements have added the flavor of a race war to the mix. Racial antagonism will become more pronounced as whites lose their majority status over the next 30 years.

Nobody, except for a few libertarians and conservatives, is countering the purposefully destructive ideas AOC represents. But they have a very limited audience and not much of a platform. Arguing for sound money and limited government makes them seem like Old Testament prophets to Millenials. Collectivism and statism are overwhelming the values of individualism and liberty.

For the last couple of generations, everybody who’s gone to college has been indoctrinated with leftist ideas. Almost all of the professors hold these ideas—as well as high school and grade school instructors. They place an intellectual patina on top of emotional, fantasy-driven leftist ideas.

When the economy collapses in earnest, everybody will blame capitalism. Because Trump is rich, he’s incorrectly associated with capitalism. The country—especially the young, the poor, and the non-white—will look to the government to “do something.” They see the government as a cornucopia.

A majority of Millennials are in favor of socialism, as are so-called People of Color. By 2050, whites will be a minority in the US. A straw in the wind is that a large majority of the people who commit suicide each year are middle-class white males—essentially, Trump supporters. The demographic handwriting is on the wall. Trump’s election in 2016 was an anomaly. No more than a Last Hurrah.

There’s now a lot of antagonism toward both free minds and free markets. A majority of Americans appear to actually support BLM, an openly Marxist movement. Forget about free minds—someone might be offended, and you’ll be pilloried by the mob. Forget about free markets—they’re blamed for all the economic problems, even though it’s the lack of them that caused the problem. The idea of capitalism is now considered undefendable.

Widespread dissatisfaction with the system is obviously bad for the Republicans and good for the Democrats, who promote themselves as the party of change.

It used to be pretty simple—the Republicans and the Democrats were just two sides of the same coin, like Tweedledee and Tweedledum. Traditionally, one promoted the warfare state more, the other the welfare state. But it was mostly rhetoric; they were pretty collegial. Now, both the welfare and the warfare state have been accepted as part of the cosmic firmament by both parties. The difference between them is now about cultural issues. Except that polite disagreement has turned into visceral hatred.

The Dems at least stand for some ideas—although they’re all bad ideas. The Republicans have never stood for any principles; they just said the Dems wanted too much socialism, too fast, which is why they were always perceived—correctly—as hypocrites. Antagonism between the right and the left is no longer political or economic—it’s cultural. That’s much more serious…(continues)

Doug Casey writes about the End of the Nation-State over on International Man.

Mankind has, so far, gone through three main stages of political organization since Day One, say 200,000 years ago, when anatomically modern men started appearing. We can call them Tribes, Kingdoms, and Nation-States.

Karl Marx had a lot of things wrong, especially his moral philosophy. But one of the acute observations he made was that the means of production are perhaps the most important determinant of how a society is structured. Based on that, so far in history, only two really important things have happened: the Agricultural Revolution and the Industrial Revolution. Everything else is just a footnote.

Let’s see how these things relate…

The way I see it, Thomas Paine had it right when he said: “My country is wherever liberty lives.”

But where does liberty live today? Actually, it no longer has a home. It’s become a true refugee since America, which was an excellent idea that grew roots in a country of that name, degenerated into the United States. Which is just another unfortunate nation-state. And it’s on the slippery slope.

Click here to continue reading the article at International Man.