From the Mason Dixon Tactical blog, comes this article Fair Is Fair in which the authors lauds community groups (whether they call themselves a militia, a navy (Cajun navy), a brigade (Monster Truck Brigade) that have turned up to help out in the aftermath of Hurricane Harvey. While he has ridiculed such militia groups in the past, he points out that community support is the real reason such groups should exist. So they better be training for such roles.

Over the last week, we have seen people in Texas, the surrounding states and even other states in the U.S. come together and kick ass to help those who needed it the most. Whether they call themselves the “Cajun Navy”, the “Monster Truck Brigade”, or “Militia” (I don’t know if any group involved in these actual rescue operations called themselves “militia”, but the “militias” out there should take notice of what these guys did and apply it to what they train for), it doesn’t matter, because their deeds have spoken for them.

If you call yourself a “Militia”, but all you do is play war games in your multicams and plate carriers, you are missing the big picture. You guys actually being able to operate as an effective, offensive military force is slim and none (I’m not talkin’ about your ability to protect your group). Operating as an effective rescue and logistics support group however, is well within your abilities, and has been demonstrated a number of times over the last week. 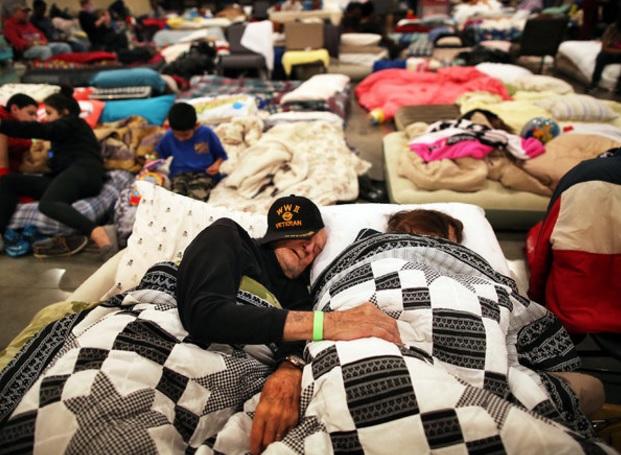 Does your group have , or have access to buildings/areas to house victims of a natural disaster? Do you have the means to give them basic bedding while they are in that housing area? What about sanitation?

I have had a number of less than complimentary things to say about a large portion of the people out there that are calling themselves “militia” these days, but in this instance, fair is fair. There are groups that have stepped up in a big way to help with everything that is going on in Texas. Whether they call themselves “militia” or not, they are performing a function that should be the primary focus of those groups that use that title, because the bottom line is that they’re supposed to be there for their community, right?