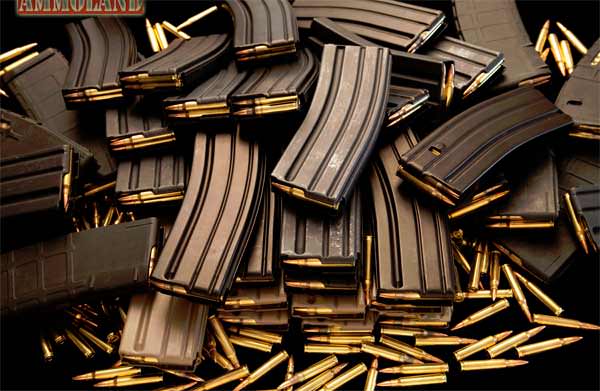 From the National Review, Government Misconduct Frees Cliven Bundy as the 9th Circuit affirms the dismissal with prejudice of the case against the Bundys over cattle grazing, land use fees, and the resulting standoff in Nevada.

Politically charged prosecutions — even ones that are thoroughly justified — often end badly for the justice system. So it appears with the federal prosecutions of Cliven Bundy and his sons. The government blew its case against Bundy’s sons by overcharging them, resulting in a jury acquittal in 2016. Today, the Ninth Circuit affirmed the dismissal of Bundy’s own federal indictment (as well as that of several of his co-defendants) on the grounds that the government had waited until the middle of trial to disclose information that would have helped Bundy’s case, in violation of Brady v. Maryland. The misconduct was so severe and prejudicial to the Bundy clan’s case that the court barred the government from bringing the same charges again. The opinion was written by Jay Bybee, a George W. Bush appointee, but joined by judges appointed by Bill Clinton and Barack Obama.

The Bundy indictment charged extortion, threats to federal officers, and a variety of related crimes due to the armed standoff around the Bundy ranch arising from a longstanding dispute over unpaid grazing fees claimed by the Bureau of Land Management. The trial court rejected the Bundy clan’s self-defense theory, but, as the court wrote, “A central pillar of the government’s case was the allegation that the defendants recruited armed followers by intentionally deceiving those followers into believing that the Bundys feared for their lives because government snipers surrounded their ranch,” a charge that was touted in the government’s opening statement to the jury.

The Bundys asked for video shot by a camera they said the FBI had trained on them; the government called it a “fantastical fishing expedition,” but the camera’s existence and its live feed to the BLM command center was confirmed four days into the trial. The resulting hearing disclosed as well federal patrols “armed with AR-15 rifles” around the compound. The trial court gave the prosecution the benefit of the doubt that withholding this information was a good-faith decision, but several days later, more FBI interviews (form 302s) were disclosed discussing agents in full tactical gear watching the compound and the insertion of agents the FBI itself described as “snipers.” This only came to light after the trial judge had excluded evidence based on the government’s repeated insistence that there were no snipers. The Ninth Circuit summarized why withholding this evidence was so harmful to the Bundys’ ability to present a defense:

The defendants claim that the Bundys feared they were surrounded by heavily armed snipers. Keeping the defense from gathering as much evidence as possible to show that there was a reasonable basis to fear that snipers surrounded the property was itself harmful. Moreover, the Felix 302 actually refers to the BLM agent in the overwatch position as a “sniper.” Indeed, the Felix 302 uses both “tactical over watch position” and “sniper” to refer to the same agent. This was tangible documentation showing that the government’s own officials understood agents in overwatch positions to be equivalent to “snipers.” Even if the defendants had some other evidence of agents taking “overwatch” positions around the Bundy property, the Felix 302 supported their theory in ways that [documents provided earlier] did not. The Felix 302, therefore, adds credibility to the Bundys’ claims that they feared the presence of “snipers” and it should have been disclosed prior to trial. In sum, like the evidence regarding the camera, these documents could have helped the defense show that the defendants genuinely feared the presence of snipers—contradicting the allegations that the defendants intentionally lied about being surrounded by snipers to inflame supporters.

In the Ninth Circuit’s view, it was “preposterous and reckless” for the government to withhold this evidence:

Of particular concern is the government’s handling of evidence related to the presence of snipers. This was a hot-button issue. The term is evocative, rhetorically charged, and would have been a dog whistle for summoning members of private militias in ways that screaming “surveillance cameras!” would not. The government said the Bundys’ claim of “snipers” was “false” and “deceitful,” yet the government’s own documents referred to its agents as “snipers.” The government disputed the relevance of this information, fixating on the question of whether the officers in the “overwatch” were technically “snipers.” The district court had to remind the government that these were questions for the jury.

In short, the government had to know the import that any evidence regarding snipers, or agents who looked and functioned like snipers, would have in this case. Nevertheless, it withheld a slate of information bolstering the claim that the defendants could have had a reasonable basis for believing there were snipers in the area.

The court also found that the government improperly made “a conscious choice” to withhold a series of “threat assessments” that had downgraded earlier concerns about the threat posed by Bundy, which the defense could have used to challenge the necessity for a “militarized” response. The Ninth Circuit concluded that the trial judge had acted reasonably by dismissing the case rather than just ordering a new trial, given the “need to impose a sanction that will serve to deter future prosecutions from engaging in the same misconduct as occurred here”:

We note the government’s failure to acknowledge and confess any wrongdoing during the course of this case—especially as to material misrepresentations to the district court about the presence of snipers. Rather than accepting responsibility, the government blamed the defense for not requesting more specific information. Even in its motion for reconsideration, the government continued to maintain that it never had an obligation to turn these documents over and that any omission on the government’s part was the fault of the defendants for not doing a better job of showing why this information was relevant. Only on appeal has the government admitted that it should have turned these documents over.

A three-judge panel of the 9th Circuit U.S. Court of Appeals determined, in Young v. State of Hawaii, that the Second Amendment protects “the right to carry a firearm openly.”

The right to carry a firearm for law-abiding citizens barely exists in Hawaii. A so-called may-issue state, the Pacific paradise hasn’t issued a permit to carry this century. As far as the fiftieth state is concerned, Americans only have a right to keep and bear arms in their own homes.

That violation of his Second Amendment rights (see District of Columbia v Heller) was the basis for George Young’s suit against the state. Yesterday, a three-judge panel of the Ninth Circuit Court of Appeals in a two-to-one decision, agreed with Mr. Young.

A federal appeals court ruled on Tuesday that the U.S. Constitution’s Second Amendment protects a right to openly carry a gun in public for self-defense, rejecting a claim by Hawaii officials that the right only applies to guns kept at home. …

Two of the three 9th Circuit judges voted to reverse a decision by the U.S. District Court in Hawaii that state officials did not infringe on the rights of George Young, the plaintiff, in twice denying him a permit to carry a gun outside.

“We do not take lightly the problem of gun violence,” Judge Diarmuid O’Scannlain wrote in Tuesday’s ruling. “But, for better or for worse, the Second Amendment does protect a right to carry a firearm in public for self-defense.”

You can read the full ruling here. The majority opinion wasn’t friendly to concealed carry, but here’s the main takeaway:

In determining the appropriate level of scrutiny to apply to section 134-9, the panel first held that the right to carry a firearm openly for self-defense falls within the core of the Second Amendment. The panel stated that restricting open carry to those whose job entails protecting life or property necessarily restricts open carry to a small and insulated subset of law-abiding citizens. The panel reasoned that the typical, law-abiding citizen in the State of Hawaii was entirely foreclosed from exercising the core Second Amendment right to bear arms for self-defense. The panel concluded that Hawaii’s limitation on the open carry of firearms to those “engaged in the protection of life and property” violated the core of the Second Amendment and was void under any level of scrutiny.