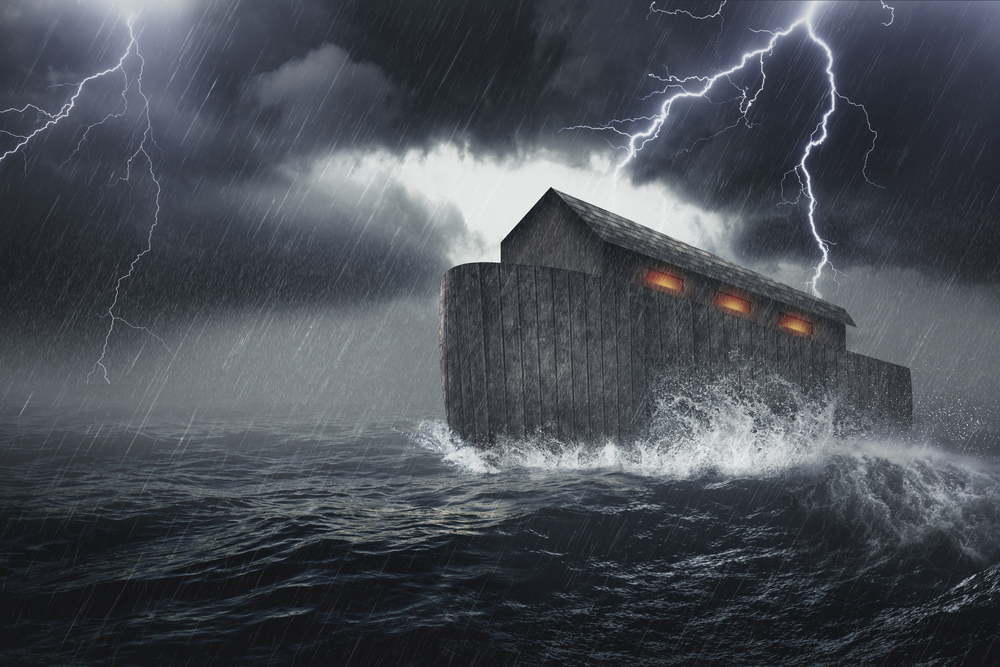 Enola Gay at Paratus Familia has an article up on seeing danger and taking refuge in a time of unclear and contradictory public messaging – Actionable Intelligence.

Watching the news is a lesson in frustration.  The media has cried wolf for so long that if this pandemic truly is “the end of the world as we know it”, we’re not going to believe it until it’s too late. There is no truly “actionable intelligence” coming from news reports or social media.  One side says that the sky is falling and the other side says “move along, there’s nothing to see here”.  Wisdom is in short supply.

We have seen (at least according to media outlets) lots of “stocking up” on key quarantine and hygiene essentials.  Many people have been caught unawares, and are worried, even to the point of hysteria, that they don’t have enough to get they and their families through this crisis.  I have a few thoughts on the concept of preparedness and Christianity…..

I absolutely believe that God is the author of life and sustains us from even before our very first breath.  It is His providence that sees us through each day and provides hope for the future.  However, He did give us biblical principles to live by and preparedness is one of many.

When God spoke to Noah, He told him to prepare for judgement.  He gave him very specific instructions about building an ark, loading it with life sustaining food and preparing his family for the trials of the days ahead.  Now, if anybody had a reason to doubt, it was Noah.  For over 100 years, Noah works on the ark.  I have no doubt there were many naysayers and hecklers, but Noah persevered.  Noah built a boat in a world that had never seen rain, never seen a flood, never had even seen an “act of God”.  What faith!  God could have saved Noah and his family by “Divine Intervention”, but instead, He chose to have Noah prepared.

The story of Joseph may be an overused example of preparedness, but it is without a doubt a perfect picture of God’s faithfulness through preparedness.  Once more, God could have chosen not to allow the famine, but instead He readied His servant Joseph to care for His people.  What would have happened to the people Egypt and the surrounding areas had Joseph not heeded God’s voice?

The example of the ten virgins in Matthew, although directly relating to the returning of the bridegroom, is instructive in discerning the wise from the foolish.  The wise virgins brought with them their lamps and their oil, conversely, the foolish virgins brought their lamps, but lacked the foresight to bring oil.  My desire is to be known as wise rather than foolish!!

Another thought is that God always starts with something.  When He made man, He started with dirt. When He made woman, He started with man.  God instructed Elijah to have the widow feed him.  She explained that she had only enough flour and oil for one loaf for she and her son, and then they would die.  Elijah instructed her to feed him first and that her supplies would last.  THEY DID!!  She had something and God multiplied it.  Even Jesus, with His very first miracle, started with something. He didn’t just conjure up wine for the wedding, He started with water.  Later, at the Sermon on the Mount, He started with a few loaves and fishes, and fed 5000 men; not counting women and children.  He used what was available and multiplied it.  Those examples, at the very least, should spur to have SOMETHING.  God, in His sovereignty, will use what we have – but we need to start with something.  We don’t have to panic about not having everything we think we need, but we do need to make an effort to acquire SOMETHING.

And then we get into the Proverbs.  They are a goldmine of preparedness advice:

Proverbs 6:6-8
Go to the any, you sluggard; consider its ways and be wise. It has no commander, no overseer or ruler, yet it stores it provisions in summer and gathers its food at harvest.

Proverbs 21:20
In the house of the wise are stores of choice food and oil, but a foolish man devours all he has.

Proverbs 22:3
A prudent man sees danger and takes refuge, but the simple keep going and suffer for it.

Proverbs 27:12 (this one is even mentioned twice)
The prudent see danger and take refuge, but the simple keep going and suffer for it.

Proverbs 30:25
Ants are creatures of little strength, yet they store up their food in the summer.

Proverbs 31 is one of my favorite chapters.  It is like a job description for a Godly wife.  A couple of verses really speak to me when it comes to preparedness.  31:15 “She gets up while it is still dark; she provides food for her family and portions for her servant girls”.  31:21 “When it snows, she has no fear for her household; for all of them are clothed in Scarlett”.  31:25 “She is clothed with strength and dignity; she can laugh at the days to come”.  The Proverbs 31 woman provided food for her household.  She did not wait for someone else to provide for her.  She was not afraid of the cold, because she had already made sure that her household was well clothed.  She laughed at the days to come.  I think this is my favorite verse.  For a woman, the only way that you can laugh at the days to come is if you feel that you have taken care of what needs to be taken care of.  When you have laid in supplies, a part of you says “bring it on!”.  Then you truly can laugh at the days to come.

As Christians, it is our responsibility to be wise stewards.  How can we be a beacon of hope in a dark world, if we, ourselves are dependent upon the charity of others?  How can we bring glory to God if we are stealing or cheating to survive?  We must be like the prudent man who sees danger and takes refuge rather than the simple man who keeps going and suffers for it.