From The Trumpet, The Death and Rebirth of America’s Cities

t has been a rough year for America’s cities. Their residents have been locked in their apartments for fear of coronavirus. Their attractions, offices, restaurants and stores have been evacuated. Their wealth has bled out because of ailing economic life, lost jobs and dwindling tax revenue.

Worse, their streets have choked with violent mobs vandalizing monuments, smashing storefronts, looting businesses, burning public buildings. Their law enforcement has been bridled by politicians more sympathetic to criminals than to law-keepers. Their protectors are being disrespected, disparaged and defunded, giving their enemies more license, more space to destroy. Their people are suffering rising rates of violent crime, including murder.

Yet these troubling recent events only aggravated a trend that has been wounding the nation’s crowning cities for years, even decades.

Legacy cities like Detroit, Pittsburgh, Cleveland, St. Louis and Buffalo have fallen from glittering heights of America’s industrial power. Shifts in the nation’s economy have cost hundreds of thousands of jobs and a loss of wealth. This has been exacerbated by race problems, “white flight,” cutbacks in law enforcement, and escalating crime. These factors have hollowed out many an American metropolis, leaving impoverished slums, empty buildings and decaying infrastructure.

In more recent years, failed welfare policies and lax law enforcement have turned cities into sanctuaries for homelessness, makeshift tent cities, drugs on the streets, garbage and filth, illegal immigration and criminality. Investigative reports have detailed how these problems are afflicting San Francisco, Portland, Seattle and other celebrated cities. Citizens are disgusted with their beloved cities being overtaken by trash, overpopulated by wastrels living off government largess, and overwhelmed by problems caused by bad governance.

All these crises have intensified this year. Animated by the twin specters of pandemic and race revolution, they are overtaking more and more of the nation’s urban landscape.

The effects of these trends will be far-reaching and disturbing, affecting not just city-dwellers, but every American.

covid-19 has made population density a bad word. In areas where protests have turned destructive, a cascade of aftereffects are pummeling city-dwellers: jobs lost; stores destroyed and shut down; business costs skyrocketing as insurance premiums soar. And in far too many places, mayors and governors are encouraging these curses. They are shuttering companies in the name of public safety. They are permitting, even applauding, marches and mayhem. And in the vacuum left by their failed leadership, revolutionaries are growing more bold, brazen, aggressive and ambitious.

“Urban dwellers are resilient, but these simultaneous events have forced people to face a hard reality,” wrote Daniel Henninger in the Wall Street Journal. “In just three months it has become clear that modern urban progressivism is politically incompetent and intellectually incoherent. … The message being sent is that progressive governance is, at best, ambivalent about maintaining civil order. The net result the past three months has been a sense in many cities of irresolvable chaos, stress and threat.”

At the same time that city life is becoming more unpleasant, virus restrictions are forcing much of life online. Schools nationwide are shifting to distance learning, and businesses are asking people to work from home. Social distancing restrictions and reduced foot traffic mean that costly big-city office space or storefront makes less and less economic sense. Consumers were already buying more and more online; this accelerates the trend. And many analysts are convinced some decentralization in the workforce is likely permanent.

The cost-benefit analysis is convincing many city folk to make a move. If you’re working remotely anyway, why pay big-city rent? And social distancing is far easier in suburbia, or in the country.

In San Francisco and Manhattan, when covid hit, many people left. Vacancies rose; home prices and rental rates dropped. Home sales in the suburbs around New York City soared, with many well-off city residents buying properties sight unseen based off Internet ads. The New York Times reported a 44 percent increase in home sales in nearby suburban counties in July compared to the previous year; 73 percent in a county just over the state line into Connecticut; 112 percent in Westchester, just north of the city. Meanwhile, the number of properties sold in Manhattan plunged 56 percent.

The people escaping the cities are people of means. Thus the concentration of impoverished people with no other options is growing. This at the same time that jobs are drying up, businesses are vacating, properties are being destroyed, law enforcement is pulling back, and crime is rising.

This is casting a pall over the future of America’s cities. And illuminating some of the most chilling end-time prophecies of the Bible.

The Bible foretells scenarios about America’s cities so nightmarish, some are difficult to conceive. But these recent destructive trends definitely make these prophecies far easier to imagine.

The Prophesied Fate of Cities

Many of the prophecies in the book of Isaiah are for our day, this period concluding man’s rule on Earth. Of the modern nations descended from ancient Israel—most prominently America—Isaiah foretells this: “[Y]e will revolt more and more …. From the sole of the foot even unto the head there is no soundness in it; but wounds, and bruises, and putrifying sores …. Your country is desolate, your cities are burned with fire: your land, strangers devour it in your presence, and it is desolate, as overthrown by strangers” (Isaiah 1:5-7).

America has witnessed the ghastly fulfillment of this prophecy, scenes of cities burning terribly at the hand of lawless people who seek to dismantle the American system. Crowds of protesters have chanted “Death to America”—echoing Islamists on the streets of Iran!

But this is only the outer edges of the destruction to come. Several prophecies describe a coming time of “great tribulation” worse than any in history (Matthew 24:21). This is God’s terrible punishment for modern-day Israel’s rebellion.

Like Isaiah 1:7, these prophecies describing the coming tribulation place unusual emphasis on what happens in the cities. They show that cities will be hit first—and in some ways hit hardest. And a great many of the problems will be curses we bring on ourselves. This lamentable reality is foreshadowed in the way we are behaving and treating each other in our cities even today…(continues) 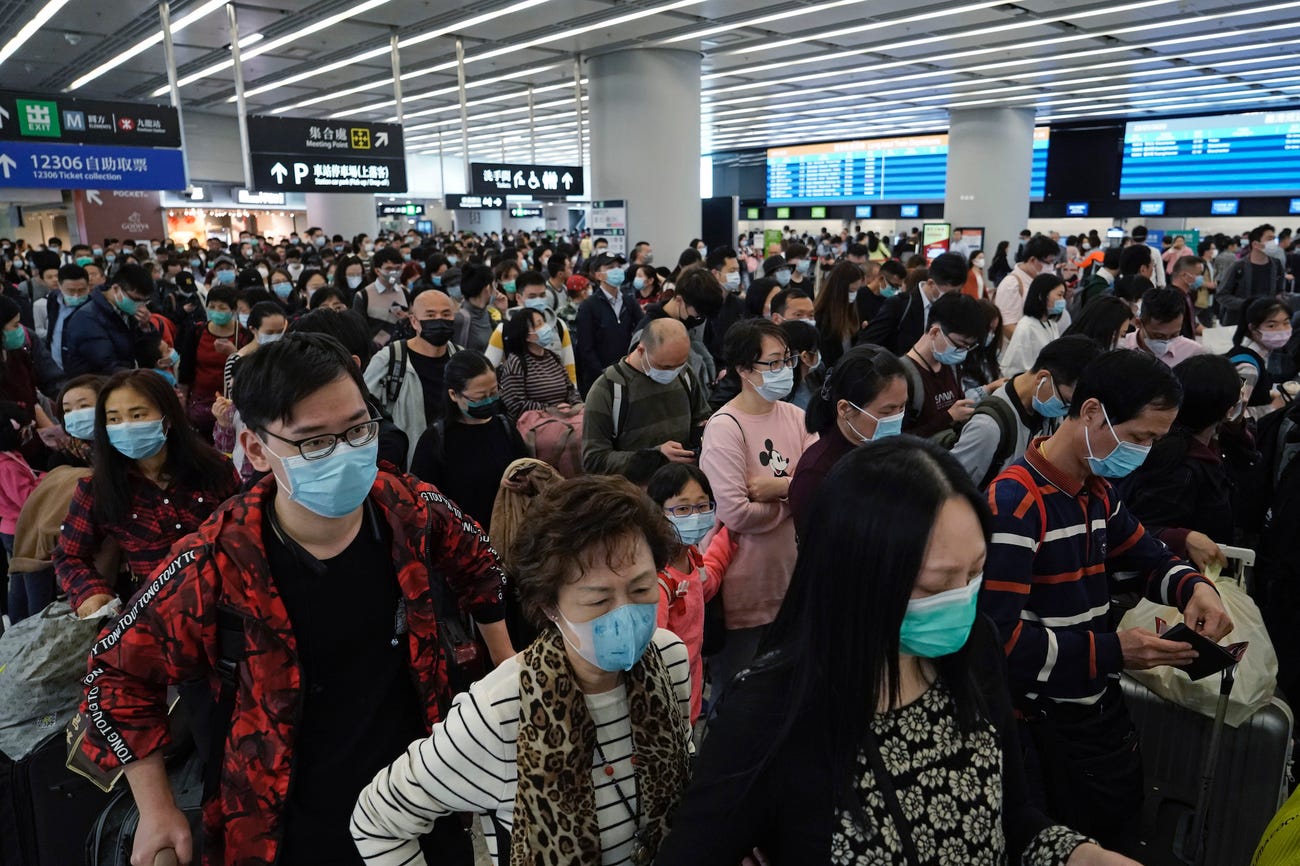 Continuing with the increasing number of voices clamoring about the possibilities of civil war in the USA, here is an article from the January 2020 Trumpet edition – How Close Is the US to Civil War? Being The Trumpet, this article takes a Biblical approach to the answer.

Prominent observers are discussing the possibility of civil war in America. In November, the Democratic Party began an impeachment inquiry against President Donald Trump. At least 228 Democrats in the House of Representatives support this inquiry, and it only takes 218 to impeach the president. Some polls, if they can be trusted, indicate popular support for impeachment (though others do not); one betting website puts the odds of the president being impeached at 78 percent.

Article i, Section 2, of the U.S. Constitution gives the House of Representatives the sole power to impeach officers of the federal government, including the president. An “impeachment” is a formal charge of misconduct. If the president is impeached, he is tried in the Senate. If two thirds of senators vote to convict him of “treason, bribery or other high crimes and misdemeanors,” he is removed from office.

With Democrats controlling the House of Representatives (and likely to impeach), and Republicans controlling the Senate (and likely to acquit), President Trump may become the first impeached president in U.S. history to run for reelection. Whatever happens, the 2020 U.S. presidential election is set to be the most contentious since the American Civil War.

Democrats are accusing Republicans of obstructing justice to protect a corrupt president. Republicans are accusing Democrats of attempting a coup d’état. The impeachment process, whatever its outcome, will exacerbate this division. A Georgetown University poll showed that two thirds of Americans believe the U.S. is “on the edge of civil war” (emphasis added).

Think about that for a moment. The American Civil War took 620,000 American lives—more deaths than all other American wars combined. Could America really be on the edge of another such catastrophe?