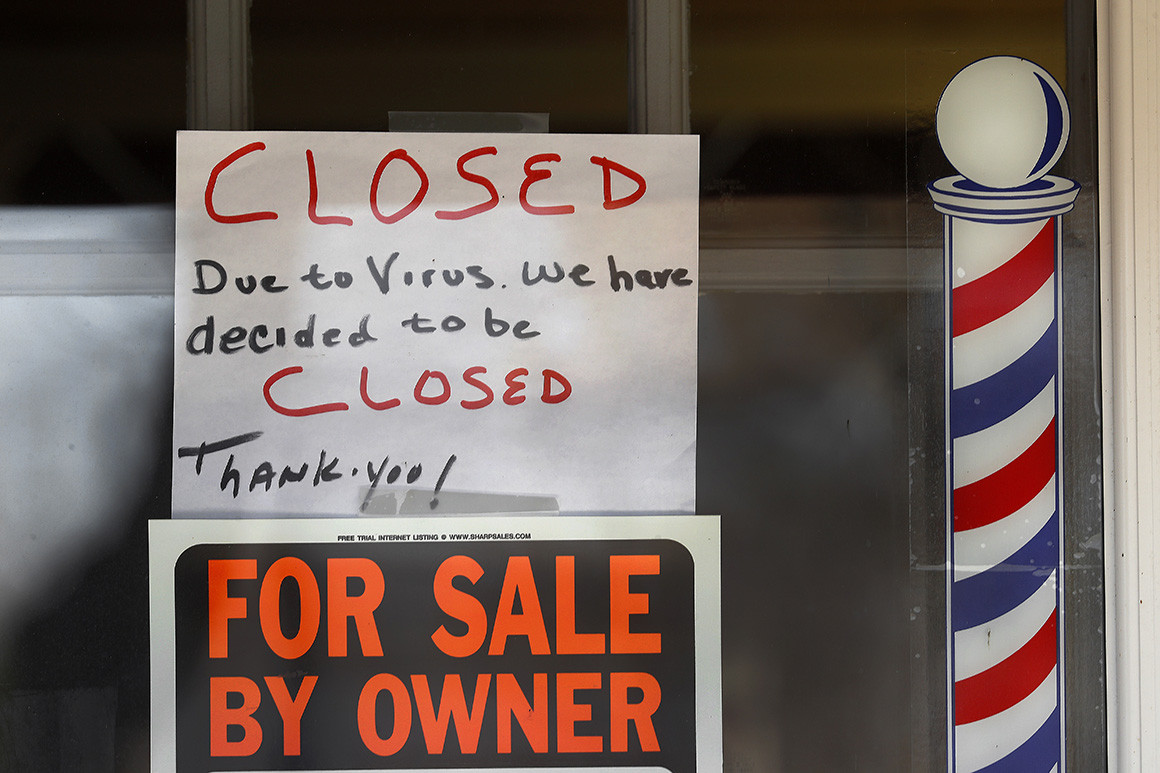 An article at SchiffGold says that Nearly Half of Small Business Owners Expect to Close Down Permanently because of the pandemic shut down. This echoes previous studies. Datapro Research Company found that 43 percent of companies hit by a severe crisis never re-opened, and 29 percent more failed within two years. The American Red Cross has estimated that up to 40% of small businesses that experience a disaster never reopen. And a FEMA report after the 1992 Hurricane Andrew landing found that 80% of businesses which did not have a Business Continuity Plan failed within two years of the storm. We should expect similar numbers.

The economy was booming. The stock market was setting records. Then coronavirus came along and governments shut things down to minimize the pandemic. That led to massive layoffs and a nasty recession. But once states open up, things will spring back to life and the economy will go back to being great again.

That’s the mainstream narrative. But it’s not based on reality.

In truth, the economy was a Fed-induced bubble before the pandemic. The central bank has managed to reinflate the stock market bubble despite the economic destruction, but it is nothing but a Fed-induced sugar high. And the economy won’t likely rebound quickly, even after things open up.

There are all kinds of reasons to doubt the quick economic recovery narrative. We’ve reported on the number of over-leveraged zombie companies, skyrocketing household debt, the battered labor market, and a potential cash-flow crisis even after the economy gets moving.

Now we have another sign of long-term economic trouble. A survey conducted by financial services company Azlo found that nearly half of small business owners think they will eventually have to close their businesses for good.

Forty-seven percent of the small business owners surveyed said they anticipate shutting down, and 41% said they are looking for full-time work elsewhere.

This is on top of the small businesses that have already shut down and will never reopen.

The survey also asked questions about the Paycheck Protection Program (PPP) instituted through the CARES Act. The results were less than stellar, as Newsweek reports.

Less than half of participants—38 percent—involved in Azlo’s recent survey applied for PPP loans. Of those who did apply, 37% said the program was slow to distribute funds and 20% described the process as ‘painful,’ the company reported.”

It’s absurd to think the economy is going to come roaring back when nearly half of small business owners expect to shut down. Small businesses employ 58.9 million Americans, making up 47.5% of the country’s total employee workforce.

The economy would struggle to recover from the shutdown even if it was healthy before the pandemic. And it wasn’t.