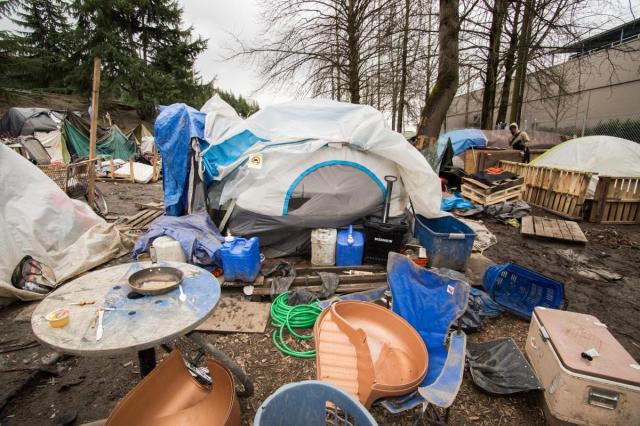 The Real World Consequences of the Misapplication of “Compassion”

San Francisco.  Seattle.  Denver.  Cities littered with drug needles, human waste, used condoms and the detritus associated with the hopelessness of third-world countries.   And yet this is the United States of America.  Or was…….

Over the years, as our country has been increasingly influenced by progressive elite idealists, we have been forced into a kind of Situational Justice.  Right and wrong, good and bad, has been replaced by a  politically driven narrative that preaches “charity” and “compassion”, but in fact leaves a post-apocalyptic waste land in its wake.

When I was a child, my family lived on Vashon Island, an island in Puget Sound – about a 15 minute Ferry boat ride from Seattle.  My father had been born and raised on Vashon and my mom hailed from West Seattle, moving to Vashon when she was in high school.  Our family had (and still has) deep roots in the area.  When I was 8, we moved to the outback of Idaho, but spent every family vacation in Seattle or on Vashon.  I remember being so excited when we descended Snoqualamie Pass knowing we were almost there!  Back then North Bend seemed way out in the country and Issaquah far removed from Seattle.  By the time we were on Mercer Island, I was mesmerized, and crossing Lake Washington over the Floating Bridge (through the tunnels) was fantastic.  As we’d get closer to downtown, I could smell the salt water and I never failed to breath deep of its heady fragrance.  As we drove, I marveled at one of the things I loved most about the city….it’s amazing beauty.  I loved the ivy-covered walls and the manicured parks.  The thick underbrush and myriad shades of green were truly worthy of the name “The Emerald City”.  It’s beauty was unparalleled.

That was then.  Now, my beautiful city has succumbed to the misapplication of compassion and the consistent use of situational justice.

Progressive Socialists love to tell you that they are all about the “little man”.  They tout “compassion” and “charity” and “equality” as their core values, however, the implementation of their vision produces nothing resembling their “Utopia”.  Unless of course, their utopia includes rampant disease, pervasive drug use and violent, mentally deranged human masses.  Which apparently it does, because that is what we have achieved.

We keep hearing the buzzword “homelessness”.  We also keep hearing about the homeless crisis and about how these poor people have no where to turn – they have been driven to the streets by an oppressive society ruled by White Male Nationalists.  They commit crimes, but they have no choice – society made them do it.  Money must be spent.  Charity must be given.  Compassion must prevail.  And justice must be dispensed based upon individual situations.

We have encouraged our country’s drug problem by not holding people responsible for their own actions.  We have chosen to support generation after generation of people unwilling to take care of themselves or their own, destroying their self-worth and killing their souls.  We have given to them without expecting them to contribute to their own lives.  And in the process, we have destroyed a nation.  We have given “charity” to the detriment of generations.

Work is good for the soul.  By not requiring people to work, we have contributed to a population that feels hopeless and useless.  And as a result, our people have increasingly turned to drugs to dull their pain.  And to make ourselves feel better, we give them more….more money, more drugs, more chances.  We call it “compassion” but in reality we are kin to the great destroyer.  We are killing people with “kindness”.  We are not “compassionate” when we give people “safe” places to shoot-up. We are not “compassionate” when we give money to someone sleeping on the street so they can get another hit.  We are not being “charitable” when we allow situational justice to be the law of the land.  We are killing ourselves…..we are killing our families….we are killing our nation.

I read once that “charity is a finely-tuned instrument, and many there are who wound both themselves and others for want of skill in using it”.  I couldn’t agree more!  We have wounded both ourselves and our children with the wrongful use of charity.  We have done by far more harm than good.

Charity, compassion and justice, when used correctly, are the beautiful hallmarks of a Christian nation.  When they have been twisted, however, they become ugly, hateful tools of destruction.  We have a responsibility to use these tools wisely or they will be the very instruments of our demise.  And it would appear that our path is clear……