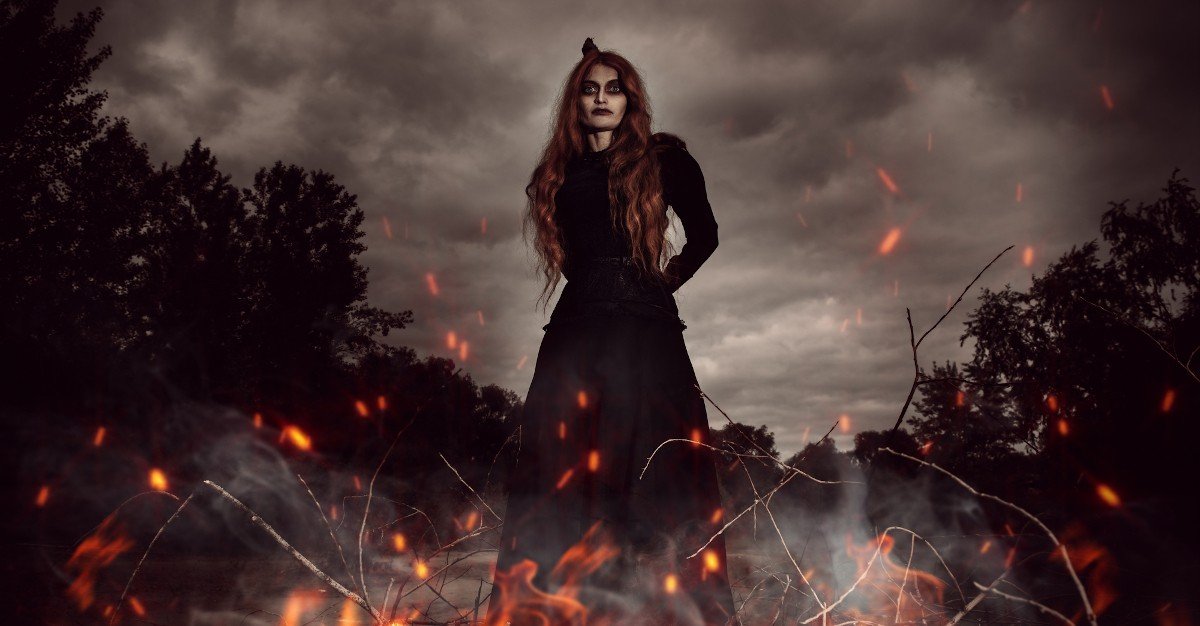 Simon Black of Sovereign Man has a few words to say about Woke-ists in The New Puritans Are on the Prowl.

In the spring of 1692, Giles Corey was 80 years old when his wife was accused of witchcraft.

The entire town was in such a frenzy that even Giles started to believe that his wife might be a witch.

It wasn’t until Giles Corey himself was accused of being a wizard that he realized the whole thing was a scam.

But it didn’t matter. The Puritan preachers in this small New England town (Salem, Massachusetts) took every accusation seriously.

They felt it was their duty to protect the townsfolk from the systemic witchcraft that was so pervasive in Salem. So everyone who was accused of witchcraft was quickly punished.

That included Giles Gorey, who, at the age of 81, was tortured for three days in September of 1692, in an attempt to extract a plea.

He had been accused, therefore he must be guilty. And Corey was laid in a field with boards placed on top of him, and large rocks piled on top of the boards to slowly crush him to death.

Rumour has it the only words he spoke during the torture were, “More weight.”

These days we have a new breed of Puritans. Their religion is wokeness, and they too see witches everywhere.

What’s really incredible is that these Puritan witch hunters are really just a small percentage of the population.

Most people are completely sane and normal. But this tiny group happens to be the loudest.

And because of that,  they’ve completely upended everything– culture, business, politics, and even science.

They tell us what words we can/cannot use. Some of the largest corporations in the world have already bent the knee, cancelling movies, music, and even food, because it offends the mob.

Disney cancelled the song “Zip-a-dee-doo-dah” because it’s offensive. Yet they graciously thanked the Chinese Communist Party in their recent release of Mulan!

Wokeness is such bizarre logic. But it never stops.

Just this morning I saw articles lamenting the lack of diversity in the wine industry; and another claiming that National Parks aren’t welcoming enough to certain minorities.

Even 2+2=4 is now a controversial statement to some mathematics educators, who find the expression grounded in imperialistic, heteronormative toxic masculinity.

But it’s not enough to simply bow out and avoid their intolerance. That makes YOU a target.

You have to denounce family members, grovel to the Twitter mob, raise a fist in solidarity, participate in the chants and rituals… otherwise you put yourself and your family at risk.

They’ll come for your job, your business, and your dignity.

I have no idea how far this will go, or how much more ridiculous it will become.

This is clearly not the first time in history that a small number of crazy people end up causing havoc and devastation to an entire society.

Now, I still believe that, even in the midst of such mindless chaos, the world is still abundant with opportunity.

I’ve just always felt that it’s best to tackle those opportunities… and face obvious risks… from a position of strength.

This is the core idea behind having a ‘Plan B’– to put yourself in a position of strength, regardless of whatever happens (or doesn’t happen) next.

This includes things like expanding your network and meeting like-minded people– which is more important than ever.

It means taking care of your finances– protecting your assets, avoiding roller coaster rides in markets and currency devaluations, legally cutting your taxes, and expanding your income.

It also means having a place to go, just in case you might ever need to hit the eject button.

This doesn’t mean having a doom-and-gloom mentality. It’s a sensible, rational precaution in light of such clear risk.

And it’s not a decision you’ll be in the mental state to think through when the mob is at your doorstep.

This is really the most important part of a Plan B: thinking through what’s important to you, and what you *might* need to do… now– while you’re in a rational state.

So take advantage of the relative calm, and make some key decisions now….