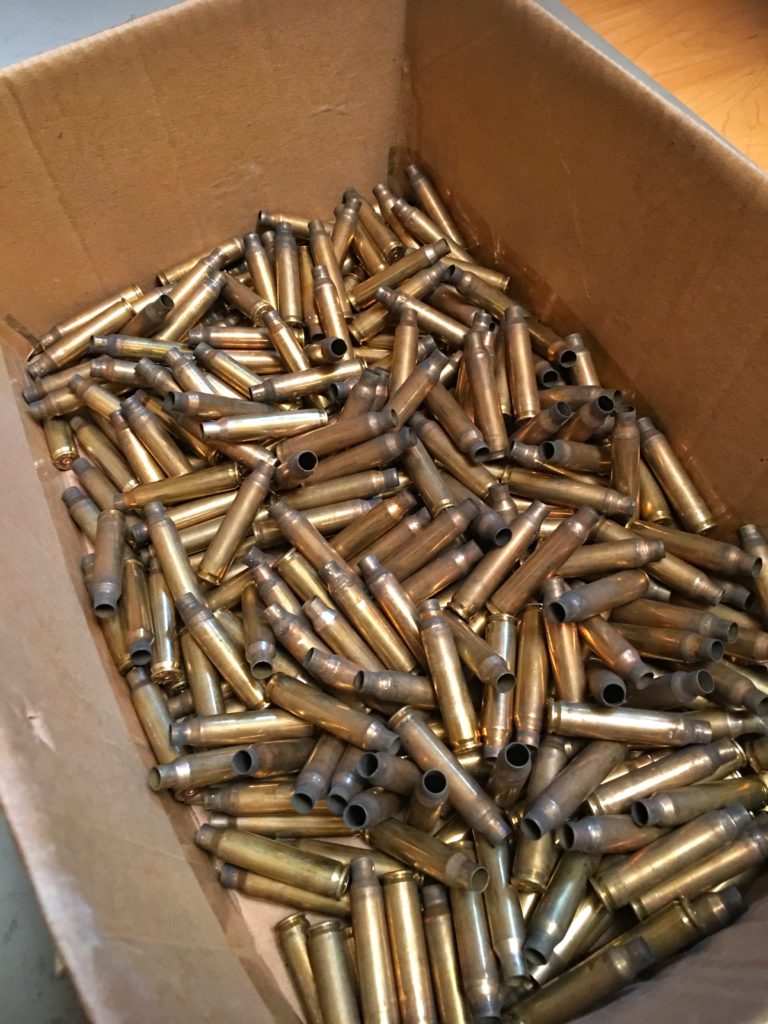 From The Captain’s Journal with excerpts from NJ.com, The Country Is Literally Out Of Ammunition about the shortage of ammunition in the US.

“Every couple of weeks, Eric Rebels will make a two-hour trip from North Jersey to Eagle Point Gun in Gloucester County in a desperate quest to get ammunition to sell at his gun store.

To get a good place on line, he will sleep in his car overnight to be ready when the distributor opens its doors in the morning.

Sometimes, Rebels scores and is able to get one to two cases of 9mm bullets (1,000 rounds per case). Other times, he comes back empty handed.

In any case, Rebels says these days it is his only option. Not only is ammunition scarce, he notes, but he also has more customers than ever before at County Line Firearms in East Hanover.

“There is a nationwide shortage so what you can get you have to go through to get,” Rebels said.

Guns store owners around the state say the confluence of the coronavirus pandemic, civil unrest and an upcoming presidential election have created an unprecedented surge in residents seeking to purchase firearms and ammunition. The surge began, they say, when the coronavirus pandemic began devastating the country in March and continued to skyrocket in the aftermath of the protests that followed after George Floyd, an unarmed Black man, was killed by police in Minneapolis in May.

Michael D. Anestis, the executive director New Jersey Gun Violence Research Center, is studying the surge in firearm purchases during the pandemic. “A lot of the purchasing is driven by anxiety,” he said, which is not uncommon in times of uncertainty, adding that preliminary data suggests the demand is the highest it has been in decades.

“There is no product in the country,” said Rick Friedman, who owns RTSP, which operates gun ranges and stores in Randolph and Union. “Until they start producing more and it is hitting the docks, there is just no product to have. It is beyond a dire situation. The country is literally out of ammunition.”

“Right now, getting the guns are hard, the ammo is hard,” said Jack Faenza, co-owner of Garden State Armory. “Everything is hard.”

There is still ammunition out there, but you must pay a premium for it.  Pistol ammunition is equally hard to come by and expensive, and even the availability of firearms has been affected.

ARs are in extremely high demand and many brands cannot be found at all, and even some other kinds of firearms are “scarce as hen’s teeth.”  As readers know for a while I had been interested in a Henry Repeating Arms Model X .44 magnum.  Go do a search on these guns and you’ll find that they cannot be obtained.  “Out of stock” is the common heading, and there is no backorder.  And these are lever guns.

So riddle me this.  In a time of unparalleled economic turmoil in the country, what do the people know that would cause them to spend their few remaining dollars on firearms and ammunition at such elevated prices?