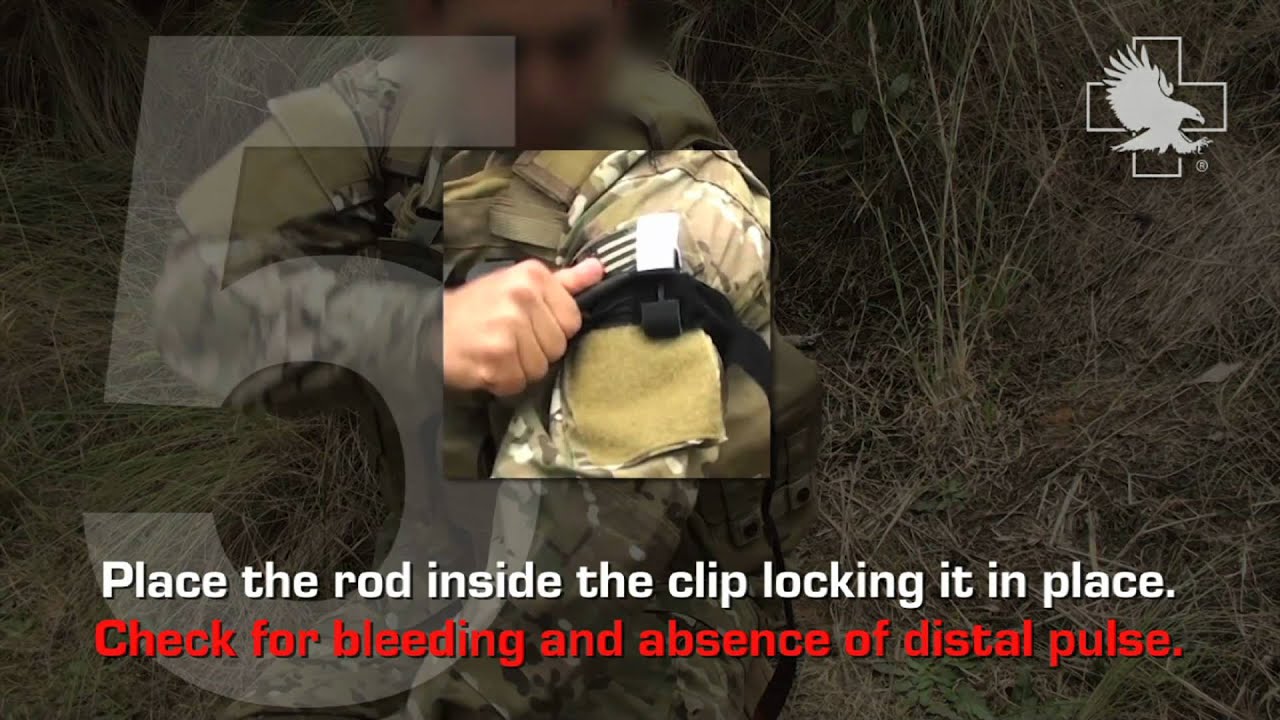 From Aesop at Raconteur Report, Medical Tip: Tourniquets Work reminds you to get tourniquet training if you don’t have it already.

One of the local constabularies recently encountered Nameless Crazy Person with butcher knife in hand, agitated and in a stabby mood. Despite repeated commands, NCP refused to drop knife, and/or broke the containment bubble, whereupon officer plugged NCP. Unknown number of rounds fired, but two connected.
One to each arm. (-25 points for lousy marksmanship at knifefighting – which is knifefight dying – distance. Bonus points for unintended humanitarian efforts.)
One nicked the right outer bicep. Literally, a flesh wound. Rub some dirt on it (or, in this case, a wad of 4x4s) and walk it off. No harm, no foul.
Other round: in the stabby knife-wielding arm, 9mm or 40SW pellet entered the upraised left arm proximal to the inner elbow, and travelled along the near-horizontal upper arm, and exited just below the left armpit (axilla for medical types).
Neither round close to anything obviously vital, except…
Round #2, during its journey through the meaty bicep area, must obviously have punctured/torn/lacerated the L brachial artery, i.e. the one what all the blood from Mr. Heart travels in to arrive in the rest of Mr. Arm.
Result: a steady blurp-blurp-blurp of bright red blood, all over the ground.
To his everlasting credit, Constable quickly applied first an Israeli Battle Dressing to the arm of the now knifeless suspect, to whom the application of lead had reduced his crazy efforts noticeably. Which IBD application slowed the blurp-blurp nary a whit.
So, reverting to academy-standard (nowadays) training, he whipped out his CAT Tourniquet, and lashed that sucker down just like in training videos, and turned off the blurp-blurp in about 6 twists of the windlass, despite the pained response from NCP.
Medics brought NCP to our world, where our trauma nurse and trauma doc were certain that applying a TQ was waaaaaay overkill, but “Bless their hearts for doing too much instead of too little”. So, they untwisted that TQ, and were immediately rewarded with blurp-blurp-blurp of bright red arterial blood, again.
I twisted the TQ back on and tightened it, and we sent NCP directly to trauma surgery for vascular repair, so that he could continue to be crazy with two functioning arms.
And I told the paramedics and the PD officer responsible for the TQ that they’d saved an actual life with that thing, because NCP would have died at the scene in about two minutes if they hadn’t tourniquetted off the flow of arterial blood from a “mere” arm wound. Which not only saved his life, it prevented about two trees-worth of resultant officer-involved homicide paperwork.
TL;DR:
Put the effing TQ on if the bleeding doesn’t stop with pressure, and make it holy by cranking the hell out of it.
You needn’t carry four TQs on your body, but you have four limbs, so if you like them, and you enjoy living, you’d be well-advised to have four TQs somewhere close by, like kit/pack/bag, etc.
Not at home in your medicine cabinet 20 miles away.
When you need one (or, God forbid, more than one) it will be Right Effing NOW, and not “in twenty minutes or so”.
If you’d rather ignore that advice: Suture self.
FTR, trauma literature based on medical trauma data from Sandbox I and Sandbox II have documented applications of as long as 4 hours before removal in surgery with no residual harm of any kind to extremities as a result of the TQ application, in young, otherwise-healthy, military-aged troops. YMMV, but they are not in any way “sacrificing a limb to save a life”, anytime in the last 20 years. If you’re within that time span for arrival at definitive medical care, and it’s medically justified, it’s better to slap one on than watch your patient exsanguinate and die.
And now, refresher training for those who wish it:

“This sh*t works!” – everyone who’s ever needed one.