James Howard Kunstler, author of The Long Emergency, has written a brief piece on Trump’s investigation of the deep state coup against him – The Golem Strikes Back. All the sound and fury currently in Congress and on mainstream news signifies nothing but their own coverup.

…The plot they concocted to get rid of him failed. And, yes, it was a plot, even a coup. And they [messed] it up magnificently, leaving a paper trail as wide as Interstate-95. Now all that paper is about to fall over the District of Columbia like radioactive ash, turning many current and former denizens of rogue agencies into the walking dead as they embark on the dismal journey between the grand juries and the federal prisons.

Hence, the desperate rage of the impeachment faction, in direct proportion to their secret shameful knowledge that the entire RussiaGate melodrama was, in fact, a seditious subterfuge between the Hillary Clinton campaign and a great many key figures in government up-to-and-including former president Barack Obama, who could not have failed to be clued-in on all the action. Even before the declassification order, the true narrative of events has been plainly understood: that the US Intel “community” trafficked in fictitious malarkey supplied by Mrs. Clinton to illegally “meddle” in the 2016 election.

Most of the facts are already documented. Only a few details remain to be confirmed: for instance, whether international man-of-mystery and entrapment artist Josef Mifsud was in the employ of the CIA, and/or Britain’s MI6, and/or Mrs. Clinton’s Fusion GPS contractor (or Christopher Steele’s Orbis Business Intelligence company, a subcontractor to both Fusion GPS and the FBI). Questions will now be asked — though not by The New York Times.

The evidence already public indicates that Robert Mueller must have known as early as the date of his appointment (and likely before) that the predicating evidence for his inquiry was false. After all, his soon-to-be lead prosecutor, Andrew Weissmann, was informed of that in no uncertain terms by his DOJ colleague, Deputy Attorney General Bruce Ohr, in 2016. Justice may seek to know why Mr. Mueller did not inform the target of his inquiry that this was so. The answer to that may be that Mr. Mueller’s true mission was to disable Mr. Trump as long as possible while setting an obstruction of justice trap — which also failed tactically.

Notice that Mr. Mueller declined to testify before the House Judiciary Committee last week. Chairman Jerrold  Nadler (D-NY) was a fool to invite him. Did he not know that minority members of his committee get to ask questions too?

…all this melodrama will play out against the background of a cratering global economy, tanking financial markets, and epic disruption of the established international order. Consider laying in some supplies.

Click here to read the entire article at kunstler.com.

Buchanan: Are We on the Ramp to Impeachment Road?

…The Mueller investigation found that neither Trump nor anyone in his campaign colluded with the Russians in 2016. Yet that exoneration is insufficient for the chairman of the House Judiciary Committee, Jerrold Nadler. He wants public hearings with present and past White House aides under oath to put on a show trial for a national TV audience.

The euphemism for this swarm attack is “Congressional oversight of the executive.” And Trump is not wrong to see in it a conspiracy to bring down his presidency and impeach and remove him.

And if Trump believes, not without reason, that Pelosi’s caucus is out to kill his presidency, should he cooperate with the co-conspirators or use all of the actual and latent powers of his office to repel them?.. 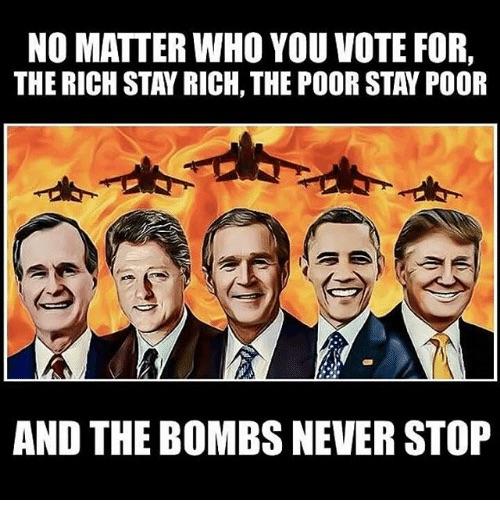