I continue to pick my way through Frontline Intelligence (1946), guide for new intelligence officers. One of the key responsibilities of an S2 during World War II was to gather information from friendly units. Your job as the Neighborhood S2 is no different.

“Every soldier, not just those designated as reconnaissance or Intelligence personnel, should provide the maximum information [possible]… [They should] know what you want, [should] keep their eyes and ears open, and when they find out anything [should] immediately report it.”

As the Neighborhood S2, it’s important that the members of your preparedness group, community security team, or neighborhood watch know what our requirements are. They have to know what has intelligence value and what they should be reporting about crime, violence, suspicious activity, etc. Additionally, they should understand how to report this information to you: phone call, email, face to face, etc.

In the Army, we used to say, “Every soldier is a sensor.” Well, every person in your group should also be a sensor and understand that they’re a sensor.

The authors continue with this advice: talk to as many soldiers as possible, explain what information you want, why you need to know it, and how it will be used to benefit the troops. “Only in this way will you ever overcome the two main stumbling blocks to troop collection of information, namely: inertia and preoccupation.”

One of the problems we encountered in Iraq and Afghanistan is what we called “the stovepipe of excellence” (because everything in the Army is “of excellence.”) Like smoke through a stovepipe, intelligence information would be pushed up from subordinate units to higher commands, but often the finished intelligence would never make it back down to the lowest levels. That in turn kept a lot of soldiers in the dark, and they often didn’t understand why it was necessary for them to report up information. They thought their efforts were useless and they were less interested in continuing to report.

The authors solved this intelligence problem as early as 1946, but it’s a lesson forgotten by many today. Don’t forget this important lesson as a Neighborhood S2.

Engage the members of your preparedness group, community security team, or neighborhood watch. Get them to understand what has intelligence value (i.e., what are your intelligence gaps?), and why reporting that information is critical. Don’t hide your conclusions from those who contributed to them. Finish that loop, so to speak. The more they understand what’s going on, the more likely it is that they’ll know where they fit in the process, and the more engagement and cooperation you’ll get from them.

The authors also point to training as a part of the solution. “The average soldier is apathetic toward all extra chores and particularly so to any which do not appear to him to be immediately and vitally essential… In battle men do most things by reflex. The things they are properly trained to do they will do automatically. It should be automatic for all seasoned troops to look for the right enemy information, and to tell the right people about it promptly.”

This means we have to invest our time and effort into our sensors, whether they’re frontline troops, our neighbors, or community members. You must develop in them a mindset geared towards recognizing information of intelligence value at all times, and then passing that on to you.

One of the largest challenges you’re going to face in organizing a local intelligence network is developing this mindset in other people. And maybe this applies to you, too. Most people are just not accustomed to being ‘turned on’ to the nuances of their environment…(continues) 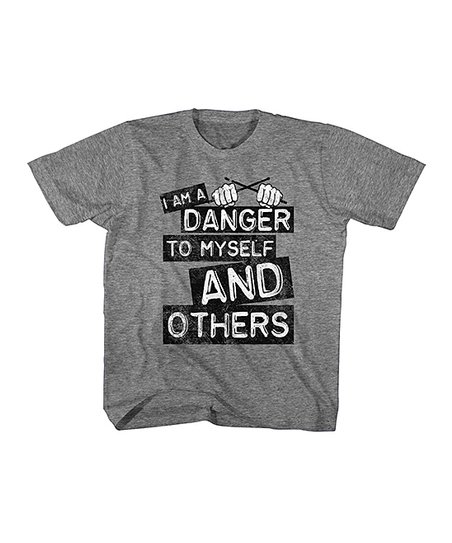 Daisy Luther at The Organic Prepper has an article on The Truth About Neighbors, Coworkers, & Friends in Survival Situations, detailing some things learned about people during this pandemic. I can think of a few additions to the types listed from my experiences, can you?

…many of us are realizing that there’s also a lot to learn about the folks just outside our inner circles: our neighbors, our co-workers, our extended families, and other communities in which we’re involved like churches or schools.

Behavior outside of the group.

While our connections with these people aren’t as intimate as those within our groups,  in some cases they can still threaten an otherwise solid survival plan. Some of the people described below may sound familiar after weeks of movement restriction.

You know the ones. They’re trying to get just a little too close for comfort. We’ve probably all seen somebody over this period of time and thought, “Yeah, I’m going to have to watch that guy.”

If the situation were to worsen, you would indeed have to watch that guy.

Identify “who” your neighbors and coworkers are

The people around you can be beneficial, neutral, or a threat. It’s best to determine which one they are as early as possible in an emergency…(continues)

Chief intelligence analyst Sam Culper of Forward Observer has a post about the value of Human Intelligence (HUMINT), that is the intelligence gathered from other people rather than from radio signals, electronic information, or other sources, to neighborhood decision making during an SHTF situation.

Last month, I started reading Frontline Intelligence (1946), a guide for the new S2 — the military’s term for the intelligence officer.

What I like about these old intel books and manuals is that they paint a picture of what intelligence looks like without electricity and modern technology. (This manual is still talking about using gas lamps.)

It basically answers the question: How do people like you and I perform the work of the Neighborhood S2 in a worst case scenario?

If you’re reading this email, I presume one of two things: You actually ARE your neighborhood’s S2, or you’re interested in learning the skills.

Frontline Intelligence gives us a glimpse of what rudimentary Human Intelligence (HUMINT) looked like during World War II.

“If you are operating in a friendly foreign company there will be, in addition to the organized allied forces, partisan groups, guerrillas, underground movements, and other sorts of patriots… Despite the fact that most textbooks ignore them, these people are extremely useful…”

The author then tells the story of a group of Melanesians who later became pivotal for U.S. Forces in the Pacific.

The Japanese had impressed the island-fairing people into slavery to build fortifications. Over the course of two months, a small group of the Melanesian slaves secretly built a canoe, which they hid in some bushes, with the intention of escaping back to Allied territory.

Three of them managed to escape and, at the end of their 135-mile canoe trip, finally ran into Australian forces. The Australians quickly linked them up with an American Marine S2, where the escapees provided information to produce a detailed map of Japanese fortifications along the islands’ coasts.

It seems the same slaves that had built the Japanese system of fortifications were also the ones with some of the most detailed intelligence information about them!

So my question for you, the Neighborhood S2:

What human assets do you have in your community?

What individuals are willing or, with some coaxing or development, could become willing to share information with you, your preparedness group, your community security team, neighborhood watch, etc?

Let’s start with this simple step…(continues)