In this article from Summit News, a UK Supreme Court judge opines that mask wearing and other social controls for COVID could last for a decade. Would that happen in the US, too? Supreme Court Judge Expects People Will Be Forced To Wear Masks, Stay Home For TEN YEARS

British former Supreme Court judge Lord Sumption has warned that “social controls” brought about by the coronavirus pandemic may be kept in place by governments for up to a decade.

“It’s politically unrealistic to expect the Government to backtrack now,” commented Sumption, who has been highly critical of the government’s ‘totalitarian’ lockdown policies.

The judge compared the reaction to rationing after the Second World War, which went on for nine years, adding that this time “I think it may be even longer.”

“An interesting parallel is the continuation of wartime food rationing after the last war. People were in favour of that because they were in favour of social control,” he said during a ‘Sketch notes on’ podcast.

“In the 1951 general election, the Labour party lost its majority entirely because people with five years more experience of social control got fed up with it. Sooner or later that will happen in this country,” he added.

Sumption’s warning comes in the wake of Public Health England officials stating that restrictions will remain in place for as long as other countries have not vaccinated everyone, a process likely to take years.

England’s chief medical officer also recently asserted that the pandemic restrictions, which have been in place on and off for a year, have “improved life” for some people.

Despite promising an end to restrictions in June, the UK government yesterday extended emergency COVID laws until October, with Health minister Matt Hancock refusing to say how long they will remain in place after that.

Lord Sumption also noted during the podcast that scientists skeptical of lockdown policies have been “subjected to an extraordinarily unpleasant campaign of personal abuse”.

“I know a lot of people that would prefer not to put their head above the parapet,” He continued, adding “From the very moment I started to make these points I began to get emails from politicians who agreed with what I had to say but that they themselves didn’t dare to speak out. That I think is a very serious state of affairs.”

The judge also argued that governments are using the virus politically, noting “They have consistently tried to maintain that the virus is indiscriminate when it is perfectly well-established that it primarily affects people with identifiable vulnerabilities, particularly in the elderly.”

Speaking about the draconian crack down on anti-lockdown protesters, Sumption said “People ought to be entitled to voice their differences (of opinion),” adding “If the only way you can enforce distancing is by beating people over the head with truncheons then it’s not worth it.”

Now that Brits have allowed society to be permanently deformed, with polls routinely showing vehement support for lockdown and other pandemic rules, things are never going to be the same again.

Having allowed the precedent that the government can put the entire population under de facto house arrest on a whim, look for the policy to be repeated over and over again with different justifications that have nothing to do with COVID-19.

As we previously highlighted, one of those justifications will be man-made global warming, with climate lockdowns set to become a regular reality.

From Summit News, Bill Gates Says Lockdowns Should Carry On Into 2022

Billionaire vaccine pusher Bill Gates wants local businesses and services to remain closed, with lockdowns, masks and social distancing continuing throughout all of next year and into 2022.

Gates made the declaration in an interview with CNN Sunday.

Gates proclaimed that “Unless we help other countries get rid of this disease” and until there are “high vaccination rates” among Americans, the “risk of reintroduction” will remain.

Gates declared that “Big public gatherings” should remain banned, with the majority of most bars, clubs, and restaurants being “sadly” closed.

Owen explains the agenda to patent our DNA and label humans as aliens ahead of mandatory vaccines.

Gates said that there can only be a return to ‘normal’ after another 12 to 18 months, and only “if we manage it well.”

Gates also used the opportunity to take a swipe at President Trump, saying that his unwillingness to concede the election is somehow “complicating” the distribution of vaccines.

“The transition is complicating [things,] but the new administration is willing to rely on actual experts and not attack those experts,” Gates said, without explaining what ‘experts’ Trump is attacking or how the vaccine that the President helped to fast track, and is now ready to roll out, is being held back.

Gates previously declared that the world won’t return to normal until “a lot of people” take a second “super-effective” coronavirus vaccine that could be years away.

In October, Gates forcast that a “best case scenario” for a return to normal would be the end of 2021, a date that was qualified with the proviso, “We still don’t know whether these vaccines will succeed.”

The billionaire has also suggested that governments need to ‘brainstorm’ ways of “reducing vaccine hesitancy,” in the face of anti-vaccine “conspiracy theories”.

In November, Gates met with the CEOs of ten of the world’s biggest pharmaceutical companies to foment plans to roll out the coronavirus vaccine globally.

Here is the Bill Gates interview on CNN’s Youtube: 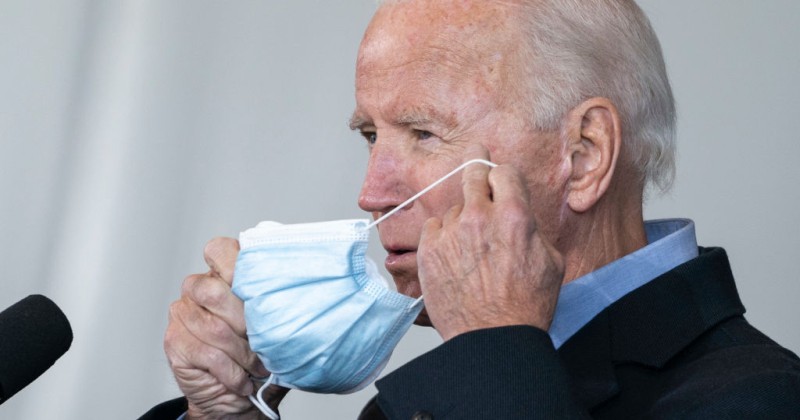 From Summit News, Biden Campaign Manager: “Under No Scenario” Will Trump Be Allowed to Declare Victory

Joe Biden’s campaign manager Jen O’Malley Dillon has asserted that, “Under no scenario will Donald Trump be declared a victor on election night.”

New from Biden campaign manager Jen O’Malley Dillon: “Under no scenario will Donald Trump be declared a victor on election night”

The comment was made shortly after the Trump campaign issued a mass email asserting that the Biden campaign was planning to rig the election by not accepting defeat.

“They have no say in that process,” commented Jack Posobiec. “It is not ok for a campaign to delegitimize election results like this, regardless of which party is doing it.”

BREAKING: Biden’s campaign manager just said “Under no scenario will Donald Trump be declared a victor on election night”

They have no say in that process.

It is not ok for a campaign to delegitimize election results like this, regardless of which party is doing it.

Meanwhile, Twitter has also reiterated that it will place warning labels on tweets that “make claims about election results before they’re officially called.”

We may label Tweets, starting on election night, that make claims about election results before they’re officially called.

We’ll be prioritizing the presidential election and other highly contested races where there may be significant issues with misleading information. pic.twitter.com/BExhZdVMnB

“I could care less what Donald Trump says, we will count these ballots in a proper way to be certified,” said Shapiro.

As we previously highlighted, pro-Biden analytics firm Hawkfish previously asserted that it’s likely President Trump will appear to have won in a landslide on election night but may lose after mail in ballots are counted, which “will take days if not weeks to tally.”

Big Tech, Democrats and the mass media have all repeatedly insisted that Trump will not be allowed to declare victory on the night, regardless of the Electoral College count.