Infectious disease doctors have for some time been worried about another Spanish Flu-style pandemic, fearing that the world is overdue for one. This article from The Independent seems a bit engineered to incite alarm, but it is still a good message. A pandemic could arise at any time, and people will probably be surprised when it does.

The world is facing the growing risk of a disease pandemic which could kill millions, and critically destabilise the global economy, an international expert panel of scientists has warned.

The Global Preparedness Monitoring Board (GPMB), a new body assembled by the World Bank and the World Health Organisation formed after the west African Ebola outbreak, has said governments must make considerably larger efforts to prepare for and mitigate that risk.

In its first annual report, the GPMB said there is an “acute risk for devastating regional or global disease epidemics or pandemics that not only cause loss of life but upend economies and create social chaos”.

“The threat of a pandemic spreading around the globe is a real one,” the group said in a report released on Wednesday.

“A quick-moving pathogen has the potential to kill tens of millions of people, disrupt economies and destabilise national security.”

“While disease has always been part of the human experience, a combination of global trends, including insecurity and extreme weather, has heightened the risk. Disease thrives in disorder and has taken advantage–outbreaks have been on the rise for the past several decades and the spectre of a global health emergency looms large.

It added: “There is a very real threat of a rapidly moving, highly lethal pandemic of a respiratory pathogen killing 50 to 80 million people and wiping out nearly 5 per cent of the world’s economy.

“A global pandemic on that scale would be catastrophic, creating widespread havoc, instability and insecurity. The world is not prepared.”

Click here to read the entire article at The Independent.

The Medic Shack has an article up describing a recent increase in Typhus in the USA and how to combat it, titled Typhus in the 21st Century.

Wednesday about 1230 EDT Hurricane Michael hit Florida. The news, and rightly so has been showing the devastation that the storm left.

On the west coast a different storm. No wind no rain no destroyed buildings. Also no news coverage past the little blurbs here and there. Since July to October 10th, in LA Country there have been 57 Typhus cases. That is worrisome. Typhus we normally see in depressed areas of the country and world. LA is not a 3rd world country.

Armon Coleman, 63, looks over his belongings, left, at his homeless encampment along W. 94th Street in the Manchester Square neighborhood on Jan. 4, 2017 in Los Angeles. LAX has bought much of the property from homeowners over the past years and will eventually build a rental car facility at the site. In the meantime, the homeless are sleeping on sidewalks outside the fenced lots that are owned by LAX. (Genaro Molina/Los Angeles Times/TNS).

As much as we would LIKE to think LA is 3rd world it is not. It has major issues but once you have seen a war torn or real 3rd world country you will immediately see my point.

Typhus is making a come back.

There are dozens of reasons why. For right now lets forget the why. And focus on the Protect.

There are 3 main forms of Typhus:

The one currently infecting California is the endemic (murine) form. It is transmitted by fleas.

The how to protect is actually quite simple. Keep vermin out. Keep things clean. Keep your distance.

All the cases in LA county are in areas where homeless gather and live. Now before someone berates me for “picking” on the homeless. I am not. Just stating fact. Fact. Most city dwelling homeless do not have the resources to maintain sanitation. Where as the few homeless that abandon the cities have better sanitation. Fact. Vermin. Namely Rats and Mice live in close proximity to homeless camps. Why? Food. The homeless do not usually have access to the items to protect food. Homeless that live out side the cities have learned to use what is at hand to store and protect food. Fact. Homeless “dumpster dive” For both food and for items needed to survive. So do rats and mice.

During the middle ages, The Black Death decimated Europe. The cities of Europe were cities of the dead. The country side however suffered far less. But what about Texas? A friend on Facebook asked me that. She thought that Texas was sparely populated. Well the most cases this year are in Hildago Country Tx. The population is about 850,000. In my earlier statement It may be construed that I was attacking the homeless. In Texas, Typhus does NOT discriminate. As many from affluent neighborhoods as from poor get typhus. Once again How is that possible? Similar reasons as the homeless. Living in crowded conditions. Allowing vermin to “coexist” instead of eradicating them. (The “No kill traps are a prime example). Typhus does not care. Rich Poor Black White Yellow Green. It. Does. Not. Care.

The easiest defense of typhus is sanitation. Keep things clean. Keep vermin out. Dispose of waste quickly and properly.

Dr. Alton at Doom and Bloom Survival Medicine has a post up on Human Waste Disposal Off the Grid, talking about the danger of infectious diseases when the grid and/or utilities are down. If you are in the Cascade Subduction Zone total destruction area, this is relevant for you. It’s also relevant to anyone else who may be subject to a grid-down scenario.

Most of our readers don’t live in an underdeveloped country, so they might assume that their infrastructure will stay intact even after a disaster; Also, they might continue to count on clean drinking water and safely prepared food. Likewise, they think there will always be ways to easily flush waste from our immediate surroundings so that it goes far, far away to a treatment facility.

When our infrastructure is damaged, however, we become easy prey for infectious disease. You only have to look back a few years to the 2010 earthquake in Haiti and the subsequent Cholera epidemic there to know this is true. 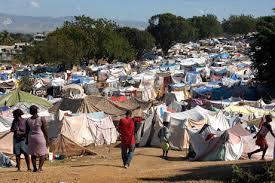 We’ve discussed problems related to food and water often in the past, so let’s talk about waste. If you can safely dispose of waste, you will have the best chance to stay healthy.

When electrical power is lost for a significant period due to a storm or other disaster, water utilities cannot operate the pumps that maintain water pressure in the pipes of your home. This pressure is one way that utilities ensure that your waste goes to a facility that can eliminate harmful bacteria. Without it, a “boil-water” order is often issued by the authorities.

Harsh lessons learned as a result of disasters have led to the outfitting of waste treatment facilities with generators. Generator power is helpful, but only while you have fuel.

Therefore, we must realize that human sewage will be a big problem not only in the aftermath of a storm but also in a long-term disaster. If the water isn’t running, a community without a ready supply of it will have a nightmare on their hands after as little as three days.

There are various examples of this in the recent past. In the grand majority, people were clueless as to how a flush toilet worked. After filling whatever porcelain options were available, they proceeded to pick rooms where they would relieve themselves and, as a result, their homes were uninhabitable in less than a week…

Read the entire article at Doom and Bloom.

From a post by a Venezuelan citizen at Organic Prepper, Venezuela Faces the Return of Forgotten Diseases

Recent reports from these last few days have been, for someone who understands the importance of the endemic diseases that had been under control, spreading quickly.

I am talking about serious stuff: Tuberculosis, Diptheria, Leishmaniasis. There have been adults and children who died because of these things. The diseases themselves, under normal conditions can be healed. But without the appropriate medications and proper nutrition, they become deadly…

Click here to read the article at Organic Prepper.